This was during May 2019 - the newly elected Cyril Ramaphosa, as president has announced a historic new cabinet in which, for the first time in the country’s existence, half of all ministers are women, and one of the women is from the opposition.   The South African leader appointed the veteran opposition politician Patricia… END_OF_DOCUMENT_TOKEN_TO_BE_REPLACED

A statement in the media made on 18 June 2020 that top earning public office-bearers in Chapter Nine institutions that are pocketing more than R1.5 million a year are likely not to receive salary increases.   Parliament is set to receive a recommendation from the justice and correctional portfolio committee backing the salary freeze as… END_OF_DOCUMENT_TOKEN_TO_BE_REPLACED

Former President Nelson Mandela’s daughter Zindzi Mandela took to Twitter a few days back, saying she was heartbroken about what happened to her mother and many others under FW de Klerk’s watch during apartheid.   Refer to the Sona 2020 debate on 13 February 2020.   De Klerk was labelled an apartheid apologist by the Economic Freedom… END_OF_DOCUMENT_TOKEN_TO_BE_REPLACED

Sy kon geen beheer oor die Parlementslede uitoefen nie. It was reported in the media that the speaker, Thandi Modise has promised that she would apply the rules of Parliament when the EFF tries to disrupt the State of the Nation Address by Ramaphosa and - she didn't.   Time and again she was overruled and… END_OF_DOCUMENT_TOKEN_TO_BE_REPLACED 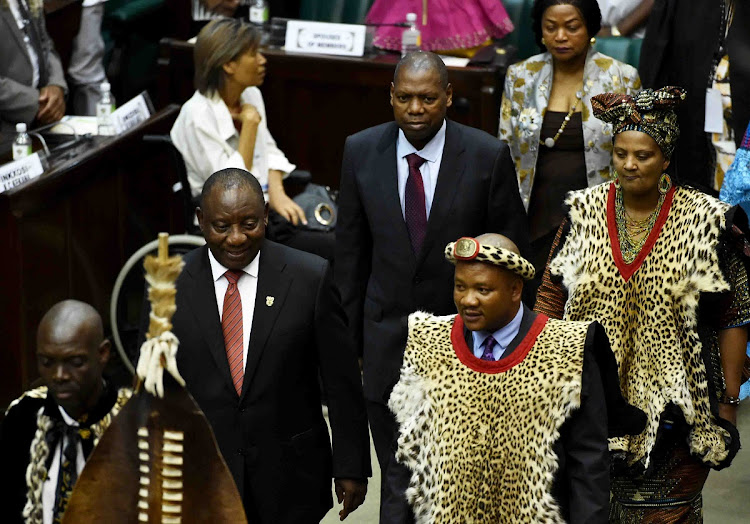 The 'Select Committee on Petitions and Executive Undertakings' received petitions from the Thembuland Royal Empire and the National House of Traditional Leadership.    The petition submitted by the AbaThembu contained allegations that included the manipulation of the justice system with the intention of destroying the AbaThembu Nation in South Africa, and the delay of the land… END_OF_DOCUMENT_TOKEN_TO_BE_REPLACED

Australia is a federation of six states which, together with two self-governing territories, have their own constitutions, parliaments, governments and laws. This infosheet is about the national or central government, usually called the Federal Government, Commonwealth Government or Australian Government. However, state and territory governments are also based on the same principle of parliamentary… END_OF_DOCUMENT_TOKEN_TO_BE_REPLACED