All peoples have an international right to govern themselves, independently in their own country, on land that historically belongs to them. The entire African continent, Americas and European countries received a lot of sympathy in the past where minority peoples were oppressed by majorities and discriminated against.  In 2011 South Sudan received after years their own independence.  Governments, organisations or political parties do not decide on behalf of peoples to get their freedom or to rule themselves.  They are all multi-cultural and do have no mandate to give us our freedom.    There are international requirements to follow. 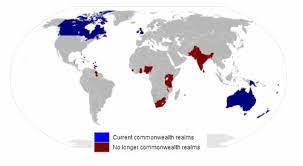 Sometimes it’s black on black and sometimes it’s white on black or other culture discriminations, especially liberals who encourage so-called democratic systems to rule them all by ‘laws’.  As in South Africa today there are several minority peoples, the Boers and conservative whites that the majorities of blacks discriminate against. The conservative Boer people had two independent countries when the British empire and their colonial friends came to southern Africa and annexed their territories, as well as mineral rights.

The British empire, due to various tribal battles, started the separate territories and legislation under Lords Rhodes in the Cape Colony (1894) and Shepstone in Natal (1854) and later forced all the peoples into the Union of South Africa which was once again ruled from London by the British Empire. More than 35,000 Boer women, children and men died during the hell concentration camps, without food and lack of medical care.

The minerals were annexed during 1902 to get the gold, diamonds and other minerals. This was the reason, 50-60 years later, why Dr Verwoerd left the Commonwealth in 1960-61 and not to be part of them.

The ANC rejoined the Commonwealth on 1 June 1994, without a mandate while there was a mandate in 1960 to leave it. After South Africa was handed over to the ANC as a so-called democracy and to rule.   Everything turned into chaos, the revolution from 1960 was still as bad and today there is more crime and murder than ever.  Government officials blamed each other for state captures and state entities. And all the peoples and nations overseas, blame the white Boers for Apartheid when this is not the case.

COLONIALISM AND BRITISH RULE ARE STILL ONGOING UNDER COMMONWEALTH

Sep 13, 2022 We look at how the death of Queen Elizabeth II is prompting former British colonies in the Caribbean to replace the British monarch as their head of state. Antigua and Barbuda’s prime minister has vowed to hold a referendum soon on whether to become a republic, and Jamaica’s ruling Labour Party also plans a vote. The Caribbean at one point formed the heart of England’s first colonial empire in North America, with millions of enslaved Africans taken to the islands, where many were worked to death.

Dorbrene O’Marde, chair of the Antigua and Barbuda Reparations Commission, says he is not personally mourning Queen Elizabeth’s death because her reign helped to “cloak the historical brutality of empire in this veneer of grandeur and pomp and pageantry.” We also speak with renowned Jamaican poet and musician Mutabaruka, who says the British monarchy “represents criminal activity” and that the British state needs to make reparations to former colonies like Jamaica to redress the history of abuses. “Actions speak louder than words,” he says.

Black peoples,  had most of the time since the Mfecane wars, exclusive 10 kingdoms (12 with Lesotho and Swaziland – eSwatini) (chiefdoms), with their own government structures that was excluded by the British from the Union of South Africa with the Union of SA Act, 1909 today still protected by s143(1)(b), 211-2, 219(1)(a) and 235 of the Constitution, 1996.   After 1961 elections the Reserves since 1854, turned into homelands (with official elections).

Even today, 2022 there are more than 8840 traditional black and khoisan leaders, while white peoples are excluded from the economy of the country.

How much of the minerals are today in London, England, while millions of our people did not have a house to stay in or a work or food on their tables.  In South Africa today, there are black ‘democratic communist’ majority rule, but they all discriminate against the tiny white minority group of people and mostly from the two independent Boer republics.  Why must the ANC and blacks rule the minorities in South Africa.  Most countries supported the ANC’s rule of suppression.

A very good interview and also about the Commonwealth:

ABOUT:  Dismantle the Commonwealth: Queen Elizabeth’s Death Prompts Reckoning with Colonial Past in Africa

The death of Queen Elizabeth II has focused global attention on the British royal family and renewed criticism of the monarchy both inside the U.K. and abroad, especially among peoples colonized by Britain. “There’s a degree of psychosis that you can go to another people’s land, colonize them, and then expect them to honor you at the same time,” says Kenyan American author Mukoma Wa Ngugi, who teaches literature at Cornell University and whose own family was deeply impacted by the bloody British suppression of the Mau Mau revolution.

He says that with Queen Elizabeth’s death, there needs to be a “dismantling” of the Commonwealth and a real reckoning with colonial abuses. We also speak with Harvard historian Caroline Elkins, a leading scholar of British colonialism, who says that while it’s unclear how much Queen Elizabeth personally knew about concentration camps, torture and other abuses in Kenya during her early reign, the monarchy must reckon with that legacy. “Serious crimes happened on the queen’s imperial watch. In fact, her picture hung in every detention camp in Kenya as detainees were beaten in order to exact their loyalty to the British crown,” says Elkins.

Blame game by the current government and british empire

Education for Khoisan and blacks in southern Africa were part of the missionaries and churches from all over.    In 1954 the British empire dumped black education on Dr Verwoerd and we all were blamed for the poor schools and to teach them in Afrikaans, while missionaries were in English.   That revolution never stopped.  They did not educate their own children in their mother tongue.

The game playing of blaming others (mostly whites) for wrongs were created by the “accused” themselves is widespread. Not only did this happen during the British annexations (1806-1961), on the contrary it still happens today, especially where the State or Eskom or any other state entity or municipal and other infrastructures that ended up in total chaos.   Just watch all the commissions and judges.    The previous government, with their liberal enlightened agents, did exactly what the British had started doing before 1900.

Whites (the minority of Boers) are still innocently blamed and blamed for land and other thefts, when they are not the ones who annexed the separate territories. The so-called blame is presented to the masses as the truth which they then use in their revolutionary actions to hasten hatred and extermination, arson and destruction processes. It is nothing different from what the British rulers did during and even before the Anglo-Boer wars. The “scorched earth policy” with specific farms and properties, was specifically targeted at the Boers of the two independent Boer republics.

The singing of the murderous song: “kill the farmer, kill the Boer” is nothing but the same policy as the British rulers carried out at the time.   It was accepted by judges as a normal song to kill other peoples, the Boer people in South Africa.     The British hell camps, the concentration camps without food and medical supplies where Boer people, the women and children were starved and orphaned were said as ‘refugee camps’.   The ANC and their cadres (liberal whites and classical enlightened whites) played their double role here, one blames the other for corruption and state captures.

There are many such type of comparative examples that the British did during 1900 wars (scorched earth) (and other wars) , that the ANC and their cadres have carried out since they started their well planned revolutions with bombs and explosives against the developments of and in the country.   Even in their own reserves / crown land / homelands / cpa and trustlands.

Conveniently, the Boers and Dr Verwoerd are also blamed for segregation, separate developments and “apartheid” while the British started it in 1840 and from Kodesa all these areas, which are only specific peoples/tribes’ territories, are claimed, and we whites / Boers are blamed for we stole their territories.   There were official elections after 1961 in the old Homelands (Reserves).   After 1994 new legislations were created under the current 1996 constitution to carry this out ‘legally’ – CPA and Trust Acts.   All discrimination against other peoples.  Today there are more than 8840 different traditional Khoisan, Griekwa and black leaders, territories that only benefit them under communal rights. Shepstone and Rhodes legislations only provide for communal rights (1854 and 1894).

Equality and Dignity –   violation of human rights: Afrikaners and Boers (all whites)

Concentration camps by the British empire