This resource is hosted by the Nelson Mandela Centre of Memory, but was compiled and authored by Padraig O’Malley. It is the product of almost two decades of research and includes analyses, chronologies, historical documents, and interviews from the apartheid and post-apartheid eras.
Padraig O’Malley is John Joseph Moakley Distinguished Professor of Peace and Reconciliation, MCCormack Graduate School of Policy Studies, University of Massachusetts Boston, Boston, Massachusetts and Visiting Professor of Political Studies at the University of the Western Cape 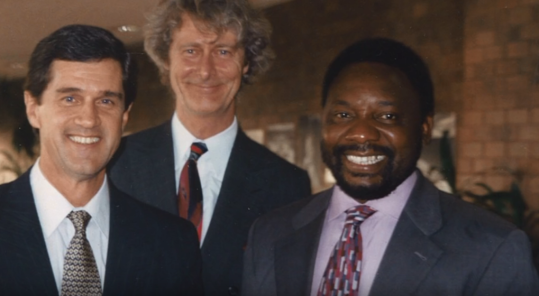 Padraig O’Malley is the John Joseph Moakley Distinguished Professor of Peace and Reconciliation at the John W. McCormack Graduate School of Policy and Global Studies. He is also the founding director of The Forum for Cities in Transition. In July 1997, O’Malley and Nelson Mandela co-convened a peace conference in South Africa with representatives from Northern Ireland. To read about the negotiations

Various legislations after 1994 became  also racism and discrimation against the whites of South Africa … B-BBEE and Affirmative Action, Land expropriation are inclusive in various legislations, policies and development plans, whites are always excluded, even the National Development Plan.   Homelands were  changed to Trustlands with their own legislations.

Levels 2 and 3 Bylaws are not included in the “government documents”, but subject to national legislations.

The Mandela presidency ends and Thabo Mbeki takes the helm.  Economic policy stresses fiscal prudence, getting the “fundamentals” right. AGSiSA replaces GEAR as the engine for growth and development; Black Economic Empowerment (BEE) begins to reshape the economic landscape and financial markets. South Africa starts to come of age. Much of the material that pertains to this section has been placed in the Maharaj component as it pertains to Shades of Difference: Mac Maharaj and the Struggle for South Africa.
https://omalley.nelsonmandela.org/omalley/index.php/site/q/03lv00000.htm

When the British annexed the Boer Republics and Anglo Boer Wars , the Union of South Africa was created by them and legislations were created in London to rule the parliament as well as the Minehouse in London.