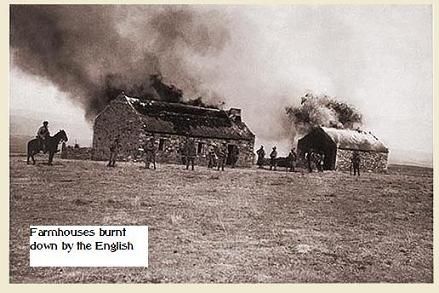 All well planned by the British empire.   Even the wars against the blacks and others, to annexed their lands (British Crownland and Reserves).

Lord Kitchener, who took over from Roberts, continued this policy. He was also responsible for taking the next steps in the concentration camp policy. This was the forcible placement of Boer families in camps. Women and children of Boer fighters were taken against their will by ox wagon to the camps.

In December 1900, Kitchener sent a memorandum to his general officers. The memorandum laid out all of the military advantages of interning women, children, and men unfit for military service. In this memorandum, he also laid out the two categories into which those in the camps should be divided.

The living conditions were appalling, with tents being overcrowded and the camps lacking hygiene measures. The food provided was reduced army rations with second category families receiving rations with no meat.

There were also no vegetables or milk for babies, and these families were given less than a pound of rice, potatoes, or mealie meal.

The poor diet of those in the camps led to widespread disease. Some of the diseases reported included diphtheria, whooping cough, dysentery, measles, and typhoid fever. These diseases, alongside the malnutrition, led to high mortality rates in the camps which was made worse by the chronic lack of medical staff and medicine.

By February 1901, the discriminatory food ration policy was discontinued in the concentration camps in the Transvaal. The practice would be discontinued in other camps over the following months.

During this time, Emily Hobhouse would visit a number of camps, but Lord Kitchener would not allow visits north of Bloemfontein.

The end of the concentration camps in South Africa officially began with the Treaty of Vereeniging which ended the war in May 1902. However, many of the camps remained until 1903 including the ones in Bloemfontein, Brandfort, and Irene which had some of the highest mortality rates. 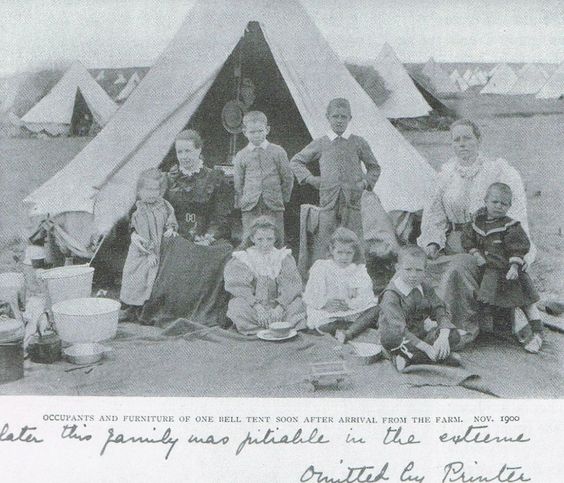 Rudie has been studying and visiting the burial sites of over 55 concentration camps set up by the British during the Boer War. Rudie is a recipient of an award from the Simon van der Stel Foundation for his groundbreaking work

Rudie said he experienced that there were much more than 38000 women and children that died in the British 126 concentration camps.

The Boers of South Africa responded to Britain’s annexation of the gold-and-diamond-rich Transvaal region by declaring war on October 11, 1899. The English believed the fighting would be over by Christmas — never dreaming they were on the brink of one of the longest, bloodiest, most costly and humiliating military campaigns in their history. Mammoth in scope and scholarship, as vivid, fast-moving and breathtakingly compelling as the finest fiction. Thomas Pakenham’s The Boer War is the definitive account of this extraordinary conflict — a war precipitated by greed.

Much more than 34 000 Boers, women and children died in those 126 camps, or perhaps more camps, even in the fields and bushes.   If that is the case, why all those lies for years and why do they tell it is only refugee camps, while it was not any refugees?   Women, old people and children were forced out of their houses and then put everything on fire, even the food.   Therefore again, it was no refugee camps at all.   Citizens from the two independent Boer Republics were also called BOERS.

Internment is the imprisonment of people, commonly in large groups, without charges or intent to file charges. The term is especially used for the confinement “of enemy citizens in wartime or of terrorism suspects”.   It was the British empire that started the wars with the people in southern Africa.  Interned persons may be held in prisons or in facilities known as internment camps, also known as concentration camps.

Jacob Rees-Mogg Lies Publicly in Support of Atrocious British Concentration Camps – Anglo-Boer War – he lied about the Camps and the War in southern Africa and the involvement of the British empire.