Everybody have choices today and even yesterday.   But a men’s organisation do not have a mandate to negotiate such an important issue – what about us, the non-members?   Do they really they they are a god’s organisation?   The Afrikanerbond members think they are part of the Afrikaner and Boer people (volk), but they are not.  They are today a fully multi-cultural organisation – while their website told they are only for the Afrikaners?    Before 1994, the Broederbond were only an organisation open to MEN and were agents with their own hidden agenda – it was a secret organisation.    As a men’s organisations, it is impossible to be for any “volk” (people).    Even before 1900 membership was only for men and called themselves Afrikanerbond.

The Broederbond aka Afrikanerbond is not for the Afrikaner or Boer, it was their members that started negotiations with communists.   They and their liberal white friends of Dakar did not have any mandate to speak on behalf of our Afrikaner and Boer people and give the country over to the chaos what we have today.

Who are the rulers of South Africa since Dakar?

George Soros  financed the Idasa meetings in Dakar, outside the country, as well as  Codesa “meetings and discussions” – the so-called “democratic” (read communist) country, parliament and constitution.   Ford Foundation and others.
Renwick and other donors in parliament and legislations, included the B-BBEE and Employ  Equity legislations.BACKGROUND – RACISM, DISCRIMINATION, CRIME, CORRUPTION

Ramaphosa – there is no “democracy”
Communist Constitution

They are still here and all / most in separate lands – old Homelands
Traditional leaders South Africa: 8840

He was also involved in racism and discrimination against the whites with B-BBEE legislations.

3 July 2012 by Max du Preez – Having lived through most of the apartheid era and the heyday of Afrikaner nationalism, I can confidently say there is nothing about our former ruling class that I would recommend as an example of how our new ruling class should behave.

No, there is one: the way the Afrikaner nationalists approached the upliftment and economic advancement of their own people.

During recent research into the Afrikaner Broederbond, the secret society of Afrikaner men that determined so much of South Africans’ lives until the late 1970s, it struck me that borrowing some of its methods could be much more effective than nationalisation, land grabs and threats if the ANC and the government were really serious about the “triple threat” of poverty, inequality and unemployment, the theme of last week’s ANC indaba.

The Afrikaner Broederbond was founded in 1918 with noble ideas.

It was a mere 16 years after the end of the South African War that devastated the Afrikaner community in the Free State and Transvaal.

The scorched-earth policies of the British Empire forced large numbers of Afrikaners to the cities where they were completely out of their depth.

They were badly educated and had few skills apart from being good farmers. There was, in the language of the time, an armblanke (poor-white) problem.

Professor Pieter de Lange, Afrikaner Broederbond chairman after 1983, says the Broederbond’s main aim during the early years was “to make the Afrikaner a modern urban being while remaining an Afrikaner”.

Together with the National Party (NP) and other Afrikaner institutions, it did a remarkable job.   The programme to empower Afrikaners started early in the previous century with the establishment, with little capital, of Nasionale Pers (which then published Die Burger and Huisgenoot), the winemakers’ co-operative KWV, Volkskas Bank and the insurance companies Santam and Sanlam. Agricultural co-operatives were formed all over the country to assist farmers.   Sanlam and the Broederbond organised the Economic People’s Congress in 1938 where volkskapitalisme was born: a concept that determined that free enterprise was more than a way to enrich individuals, it had to help Afrikaners escape “economic servitude”.

The Reddingsdaadbond was born from the congress.

It was a movement to mobilise Afrikaner money and establish Afrikaner businesses (almost a national stokvel).

It was said at the time that if every Afrikaner family contributed only 25c, mighty financial power would be unleashed.

A Broederbond document of 1969 stated that the Reddingsdaadbond “brought a message of strength to a nation which had almost become disheartened in its struggle against poverty”.

“To a nation that regarded a position of economic subservience as almost natural, it presented the ideal of an Afrikanerdom which would not only be employee, but also employer, not only a foreigner in the economic life of his fatherland, but also the owner of material power, which rightfully belonged to him.” (Does the language sound familiar?)

The financial institution Federale Volksbeleggings (FVB) that invested Afrikaners’ savings also grew out of the Volkskongres.

By the end of World War II, FVB had substantial investments in fisheries, wool, steel, chemicals and agricultural implements.

From FVB came Federale Mynbou, the first Afrikaner participation in mining, which eventually morphed into General Mining. FVB gave the young entrepreneur Anton Rupert his first capital loan to start the Rembrandt group, which is today an internationalconglomerate.  (all moneys belong to the Afrikaner and Boer peoples).

The Broederbond and the NP practised their own form of cadre deployment and affirmative action with the placement of their own men in strategic positions and providing sheltered employment to lesser skilled Afrikaners with state corporations such as the Railways, Iscor and Evkom (now Eskom).

(not the white peoples – it was the elites of their own ranks).

Cadre deployment and affirmative action, yes, but with one big difference: in those days a heavy emphasis was placed on good education and training and workshops to increase skills.

The Helpmekaarfonds helped many thousands of Afrikaans students through university and teachers’ training colleges with grants and study loans at almost zero interest.   (recently F Buys from Solidarity, mentioned the “Reddingsdaadbondfonds” and said they want to “repeat that they will do the same as in the past).

There is no need to even state that circumstances were vastly different then compared with today and that the narrow ethnic nationalism practised by the Broederbond and the NP would be undesirable in today’s democratic SA.

But surely there is a lesson in the commitment, hard work and clever strategising rather than just rhetoric and blaming the colonial heritage that brought such amazing results?

Surely there is something to be learnt from the dedication to the benefit of the many rather than the enrichment of the few?

Surely the example of placing an emphasis on education and training is worth emulating?

All those businesses and extra smaller companies were created, with Reddingdsdaadbondfonds, with poor Afrikaners and Boers money.

They have no right,  but they give it all away for free when FW de Klerk gave the country over to communists, with B-BBEE part and parcel of their hidden agenda,  to be destroyed by the communists and destroy us in the same time.     They build their own elite empires for themselves, with our parents and great parents contributions.

There were 700000 poor Afrikaners and Boers contributed to the Reddindaadbond fonds to uplift themselves.   What happened after 1994 to all those businesses that were created by our parents.

There were even an Industrial Development Corporation (Nywerheids ontwikkelings korporasie) created to uplift the 10 traditional Homelands and blacks – with various border industries.

After 1994 they kept all those areas, just for themselves.   Landclaims are also under CPA legislation and only for those black and coloured peoples.  There are 8840 traditional leaders – Hansards December 2018.   Previously those leaders and the British colonial empire called those areas Reserves and British Crownland (since 1850).

Segregation was already created by blacks, coloureds and the british crown.   Their own choices.

We as Afrikaners and Boers, prefer our own independence and own country.

And even Ramaphosa said that on video (24:42) about the happyness of the “NP and Broederbond” to give the country over as one  unit.

Afrikaner and Boer self-determination and volkstaat

Keep in mind.  It was the ANC that agreed during the 1994 that self-determination and volkstaat be investigated – not the NP or the Afrikanerbond Broederbond.    The agreement was signed by Constand Viljoen with international representatives as witnesses.  It is an international right that people (volk) have the right to do so.   That was why the Volkstaat Council was an official body and organisation of SA Parliament.

WHY MUST WE BE ATTACKED AND MURDERED ON A DAILY BASIS BY TERRORISTS AND COMMUNISTS?   BLACK ECONOMIC EMPOWERMENT IS ONLY AGAINST THE WHITES OF SOUTH AFRICA.   THIS IS VIOLATION OF ALL OUR HUMAN RIGHTS. 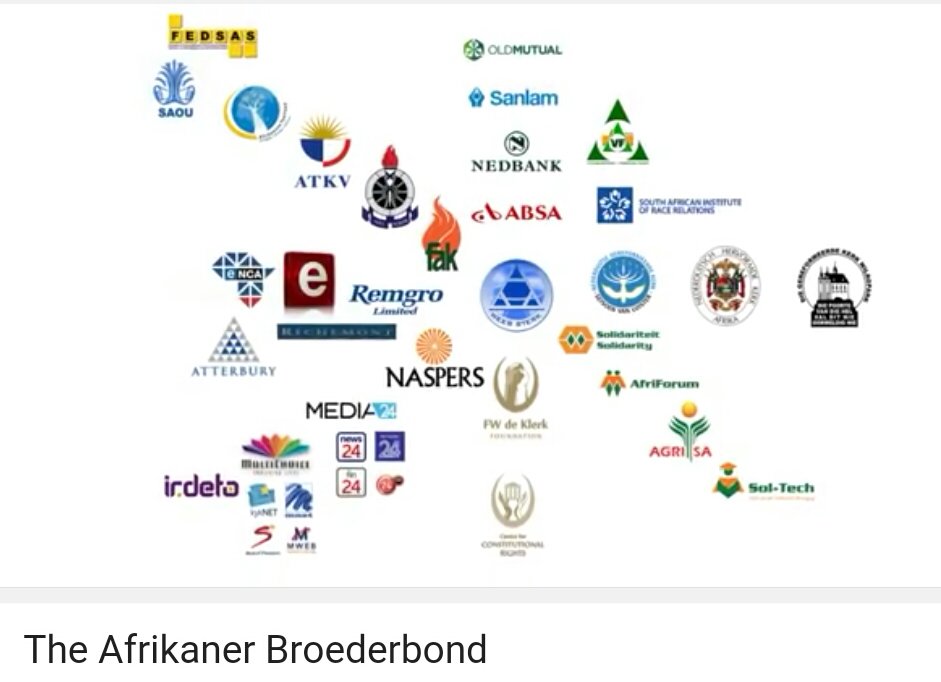