Who make the rules and legislations in South Africa – Parliament.  A so-called democracy.     There are more than one political party in SA parliament.    The traditional leaders (8840++) for the different Black groups of people, the Khoisan and Griqwa peoples are still separately as well with their own legislations (CPA and Trustlands – old Reserves/Crown land / Homelands).    They all have different houses and are different from each other – none have the same traditions as the Boers and Whites of South Africa.   They have different systems and high cost involved here.

Quite often there are real fights in SA parliament.   The rulers against each other.   Diegene wat die wetgewing maak is belaglik met geen wet en orde nie, nie eers in parlement nie. 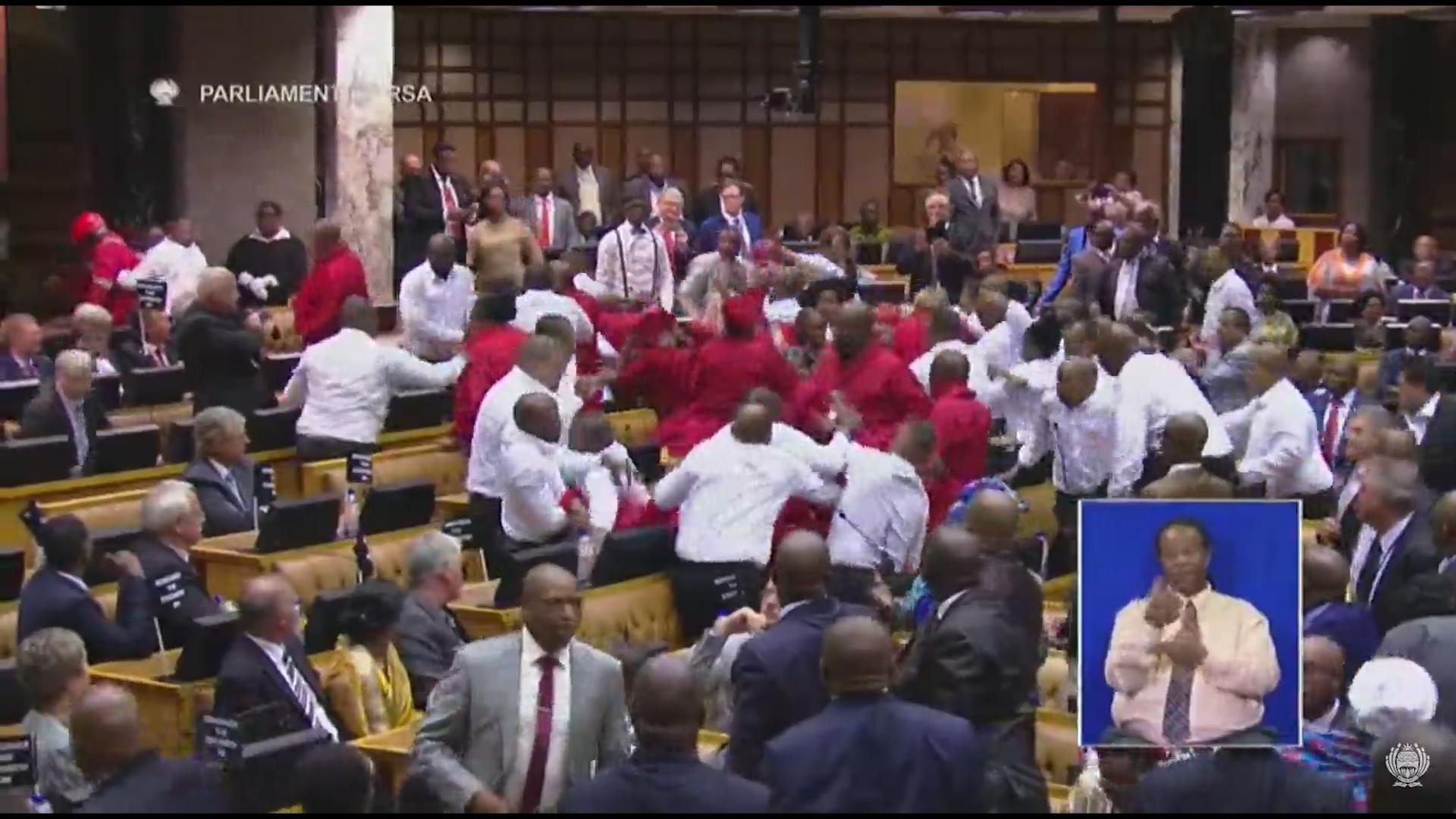 Rulers selling out the rural poor

Given the emphasis the ANC is giving in its election campaign to improving the lot of the poor, its determination to rush the Communal Land Rights Bill through parliament before the election is both strange and disturbing. Because this legislation, which entrenches the power of traditional leaders over their rural subjects, will make life infinitely worse for the 15-million overwhelmingly poor people who live in the former Bantustans.

Why is the governing party doing this? There can be only one answer. It is a sweetener to the traditional chiefs and headmen — either in the hope of winning them over in the ANC’s bid to gain control of KwaZulu Natal, or, on a more charitable analysis, to prevent them instigating bloodshed during the election campaign.

The traditional leaders, of course, are in raptures. I listened the other night to Patekile Holomisa, president of the Congress of Traditional Leaders of South Africa, exulting over it and emphasized something about what a revered body the traditional leaders were, saying they had served from time immemorial as the guardians and custodians of their people’s land and freedom.

Well, that may have been so during the wars of resistance against colonial settlement in the 19th century. But in modern times, the great majority of traditional leaders, with a few honourable exceptions, were the servants of the apartheid system. They were collaborators in the oppression of their people. They ran the Bantustans and helped administer the Bantu Authorities Act. They were “system blacks”, as the comrades called them in the 1980s.

Those who declined to accept the perks and privileges that went with this collaboration, such as Chief Albert Luthuli, were stripped of their administrative powers and stipends or banished into exile.

I remember attending a sitting of the Transkei Territorial Authority in May 1962 when Paramount Chief Kaizer Matanzima presented a constitution to turn the Transkei into the first of the self-governing Bantustans, which the traditional leaders who dominated that assembly accepted unanimously.

LISTEN TO HIS VOICE AND MESSAGE:
Stem uit die Graf

Only two protested at meetings in their own tribal areas — Paramount Chief Sabata Dalindyebo of the Tembu and Paramount Chief Victor Poto of the Western Pondo. Chief Poto later made a memorable speech in which he chastised the chiefs for thwarting the will of their people. But when he died, his son and successor, Tutor Ndamase, forsook the legacy and allied himself with Matanzima. As for Chief Sabata, he was hounded into exile and died in Lusaka.

So much for the defence of the people’s freedoms. Kaizer Matanzima and his brother George, Lennox Sebe in Ciskei and Lucas Mangope in Bophuthatswana set the standard for the behaviour of the overwhelming majority of traditional leaders throughout the apartheid years.

Of course, we are now in the age of forgiveness and reconciliation, and it is right to put all this behind us. But it is also right, as the TRC has emphasized, to keep the record straight. We can forgive, but not forget.

ANC and its revolution

More important than their political history, though, is the fact that the chiefs have been the biggest brake on development in the rural areas.

African societies cushioned themselves against these capricious changes by building elaborate systems of mutual support. If disaster struck one person, he could turn to another for help, and the same went for whole communities.

The social systems were based on units of the extended family, in which ties of kinship, age group and other associations were woven together into a social security system of reciprocal obligations that supported and protected the individual and, at the same time, demanded certain commitments from him in return.

Out of this evolved the cultural concept of ubuntu and at the head of the extended family and the arbiter of it all stood the chief, the traditional leader.

But times change and, with the advent of colonialism and apartheid, the age-old social structures broke down. The colonial regime took over the network of traditional leaders to use as tools for imposing a system of indirect rule and subjugation of the tribes. This perverted the ancient system and stripped the chiefs of the traditional basis of their legitimacy. As they became paid instruments in the oppression of their own people, many fell into corruption. Control of the land which they could allocate for settlement gave them the only power they had left. They could exact allegiance – and sometimes a price.

Thus what had once been a democratic system became authoritarian and exploitative. There was no security of tenure: displease the chief and you and your family could be evicted with nowhere else to go. It required total subservience

It has also meant that the individual had no incentive to develop the patch of land he lived on, for it was not his. Nor could he use it as collateral to raise a loan to develop it, or to launch an alternative enterprise. He was caught in a poverty trap in which his only choices were subsistence agriculture or migrant labour.

Women were even more vulnerable, for in the traditionalist system they have no status outside their relationship with the men they marry. Single women, widows and divorced women are utterly vulnerable, and children even more so.

With apartheid’s demise, reform of the tribal land system became essential. Under the old regime, legal control of this land was vested in white Bantu commissioners, whom the chiefs served as advisors. As the system ended, the Bantu commissioners disappeared, and the government decided to transfer title of the communal land from the state to the rural communities living on it.

The first draft of the Community Land Rights Bill provided for the community to appoint an “administrative structure” of its own members. Traditional leaders could sit on these bodies as ex officio members but they could make up no more than a quarter of the body and would have no veto powers.

The government suddenly changed the bill to give the traditional leaders total control of the administrative structures, now called traditional councils. Many rural communities have strenuously opposed this, as have the Human Rights Commission, the Commission for Gender Equality, the Legal Resources Centre and other bodies, who are taking the issue to the Constitutional Court.

Yet the government seems determined to go ahead. The deputy minister of land affairs, Dirk du Toit, told a media briefing in Cape Town recently it was imperative that the bill be passed before the election.

“If we want to get security, we must work with the traditional groups,” he said. And so 43% of the black African population will be thrust back into the poverty trap of a discredited system.

Self-determination for the oppressed people

This is how Sir Theophilus Shepstone later found the remnants of black refugees huddled together on self-created reserves. He just demarcated it in order to protect them from each other. The creators of the Bantustans were not the Boers or the Whites, it was a black man called Shaka.

Photo sessions of traditional leaders in South Africa – still separately from each other. 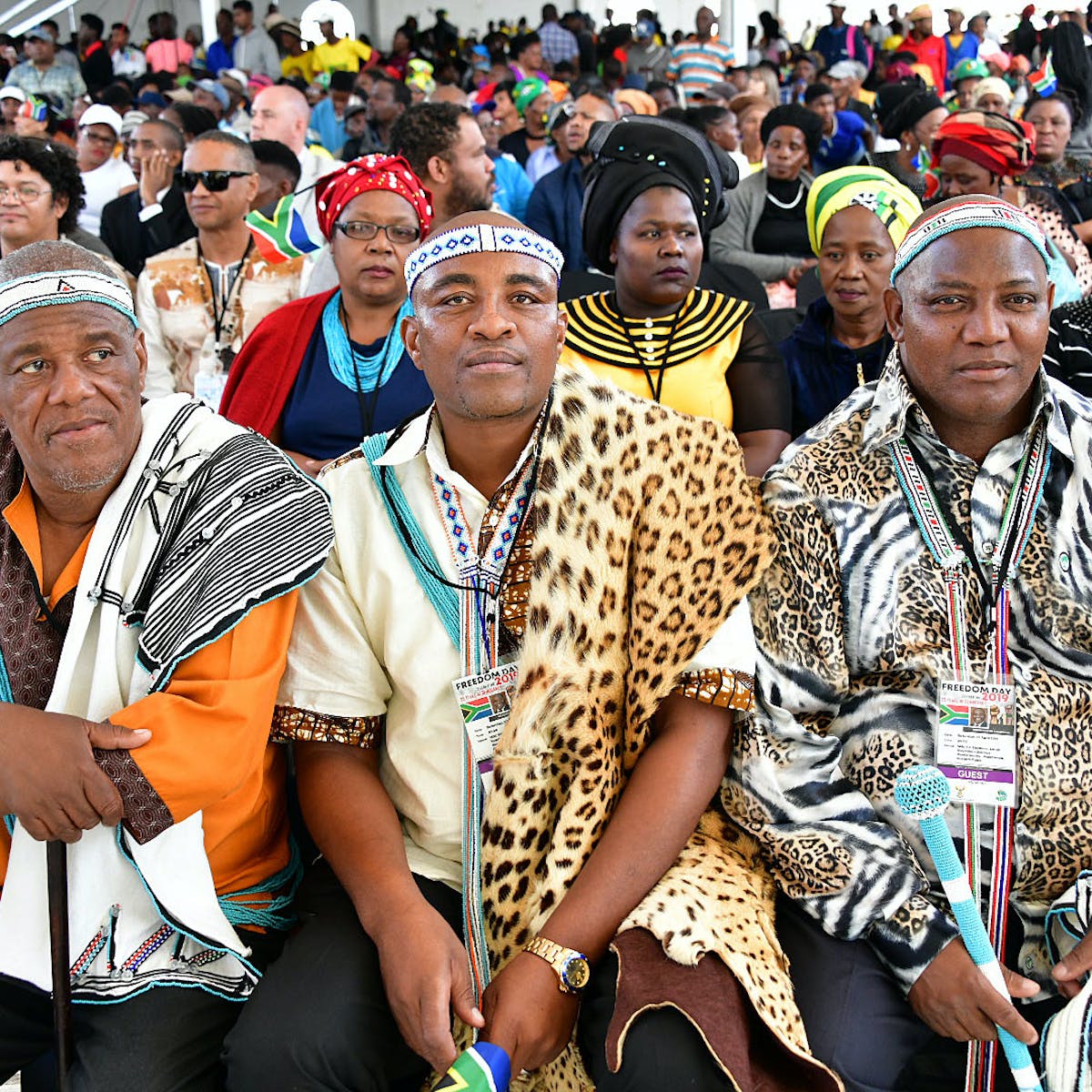 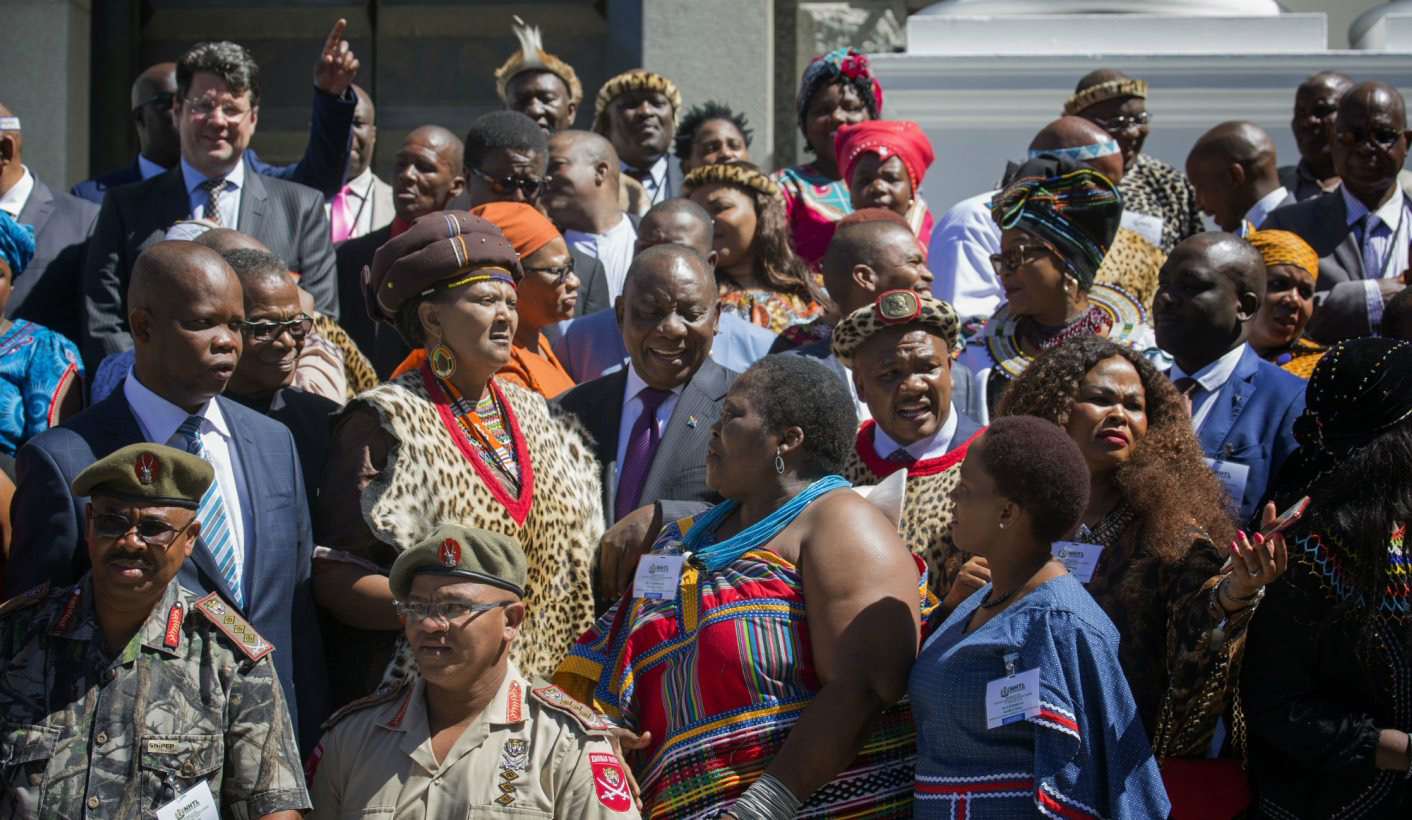 British called those different landareas , some reserves and others British crownland like Richtersveld.   Richtersveld is one of more than 6 CPAs that were handed over by Thabo Mbeki to Khoi san and others.  That followed the Mfecane wars, and it was until 1961 when name changed to Homelands and some are called now Trustland or CPAs.

Segregation, separate legislations and CPA’s or Trustlands for Black groups (claims) , Khoisan and Griqua peoples.  Nobody forced them after 1994, not even during the Homelands (under Dr Verwoerd) or Reserves and Crownland under the British empire (colony).

During the time of Late Dr Verwoerd, same areas were called Homelands (with official elections), but with the understanding and expectations to get their own fully independent countries to rule themselves with their own leaders. 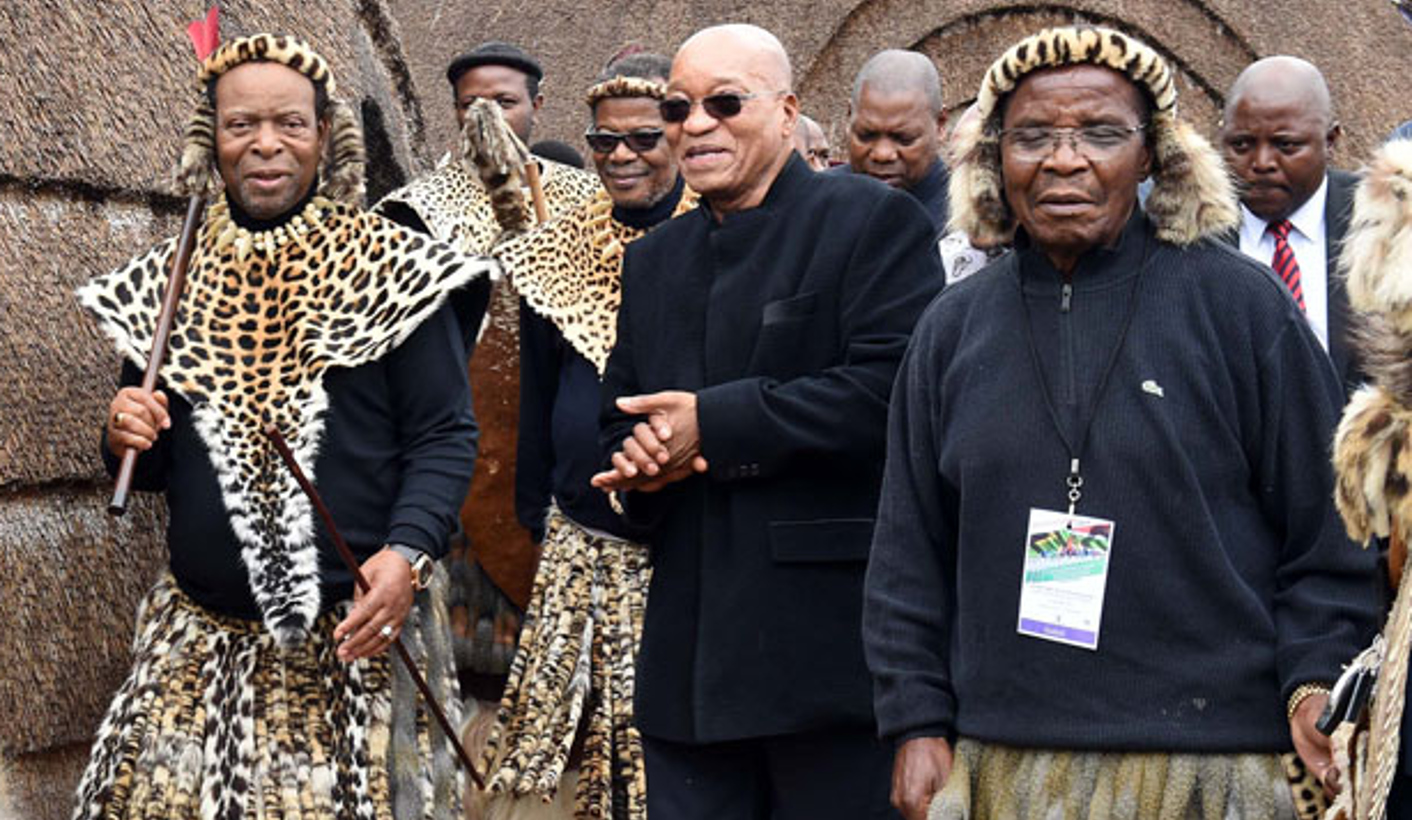 Eskom sabotage from inside

Gordhan (what future with Eskom) – Ramaphosa

Eskom information and off grid systems

Concerns over corruption in vaccines’ procurement

SO HELP ME GOD –  Ramaphosa and Phala Phala money