South Africa and the Zulu Nation woke up to the sad news of the passing of His Majesty The King Goodwill Zwelithini ka Bhekuzulu on Friday morning.  The King of the Zulu Nation succumbed and died after a long battle with an illness in hospital.   Cyril Ramaphosa on Friday mourned Zulu King Goodwill Zwelithini, who… END_OF_DOCUMENT_TOKEN_TO_BE_REPLACED

There was various agreements during the Kodesa era, before 1994.    Ingonyama Trust agreement was signed and there was even legislation in place.  Read as a start the Constitution of South Africa, Codesa minutes and related information, also the various legislations since Codesa until now.     * Begin deur eerstens te weet wat in… END_OF_DOCUMENT_TOKEN_TO_BE_REPLACED

Former president Jacob Zuma stands to lose his prized homestead in KwaZulu-Natal after falling behind on payments for the famous R7.8 million loan he took out in 2016 from the now liquidated VBS Mutual Bank.   Land is on Ingonyama Trustland - Zulu King is only Trustee of that land.   But what about SARS, it was an… END_OF_DOCUMENT_TOKEN_TO_BE_REPLACED

The Zulu king and traditional leader,  Goodwill Zwelithini's annual budget is set to be R75m during the 2021/22 financial year and it will increase slightly this year to R66m from  R65.8m in 2018.   This is according to the estimates of the provincial revenue and expenditure for 2019/20 prepared by the KwaZulu-Natal provincial treasury and… END_OF_DOCUMENT_TOKEN_TO_BE_REPLACED 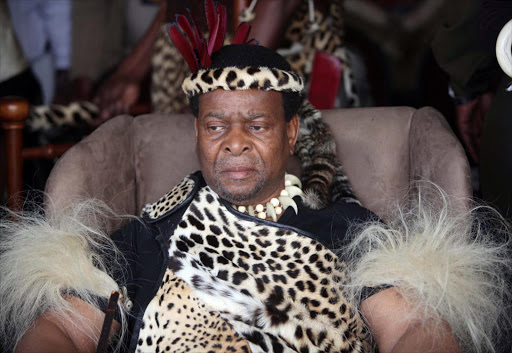 1879 January 22 will mark one such battle, that of Isandlwana, when, to the dismay of the British, amaZulu warriors defeated them. Despite being armed only with assegais and cowhide shields, against an army equipped with modern Martini-Henry rifles, the Zulus’ athleticism, discipline and outright bravery won the day. King Cetshwayo was heard saying: “An assegai has been thrust… END_OF_DOCUMENT_TOKEN_TO_BE_REPLACED