He had been admitted to hospital in KwaZulu-Natal province last month to be treated for diabetes.

Though his role was largely ceremonial, Zwelithini was revered by his people and had vast influence over millions of Zulus.

Zwelithini was officially crowned the eighth monarch of South Africa’s largest ethnic group in 1971, after going into hiding fearing assassination when his father died in 1968.

The Zulu royal family consists of the late king of the Zulus, Goodwill Zwelithini kaBhekuzulu, his consorts, and legitimate descendants. His great-great-grandfather, King Mpande, as a half-brother of the Zulu King Shaka, reigned from 1840 to 1872.  The Nguni-speaking clan of the southern Bantus, which evolved into the Zulu people, takes its name from the third of its recorded chiefs
https://en.wikipedia.org/wiki/Zulu_royal_family

Zwelithini kaBhekuzulu was born on July 14, 1948, the year the National Party came to power and began its programme of racial segregation and domination.

In 2018, he waded into South Africa’s contentious land debate, warning the governing African National Congress not to include territory under his control in a land reform drive which mostly targeted white-owned property.

After the 1994 elections, the lands he controlled under an entity called the Ingonyama Trust – 3 million hectares (7,413,161 acres) – comprised the “Zulu homeland” in KwaZulu-Natal, one of several ethnically-based regions.

Across South Africa, tribal authorities say they are custodians of land that was communal before European colonialism, and they often control access to resources on such lands, including negotiating deals with mining companies. 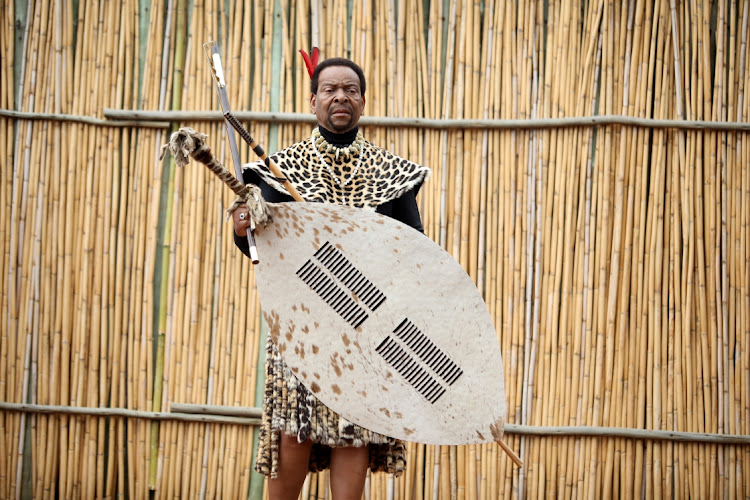 King Goodwill Zwelithini was born on 14 June 1948, in Nongoma, KwaZulu-Natal, South Africa. He became King on the death of his father, King Cyprian Bhekuzulu kaSolomon, in 1968.

The King was chairman of the Ingonyama Trust, a corporate entity established to administer the land traditionally owned by the king for the benefit, material welfare and social well-being of the Zulu nation. This land consists of 32% of the area of KwaZulu/Natal.

He became king on the death of his father, His late Majesty King Cyprian Bhekuzulu kaSolomon in 1968. HRH Prince Israel Mcwayizeni KaSolomon acted as the regent 1968-1971 while the King took refuge in St. Helena for three years to avoid assassination. After his 21st birthday and his marriage, Zwelithini was installed as the eighth monarch of the Zulus at a traditional ceremony at Nongoma on 3 December 1971, attended by 20,000 people.

As the custodian of Zulu traditions and customs, His Majesty King Goodwill Zwelithini kaBhekuzulu has revived cultural functions such as the umhlanga, the colourful and symbolic reed dance ceremony which, amongst other things, promotes moral awareness and AIDS education among Zulu women, and the Ukweshwama the first fruits ceremony, which is a traditional function involving certain traditional rituals. 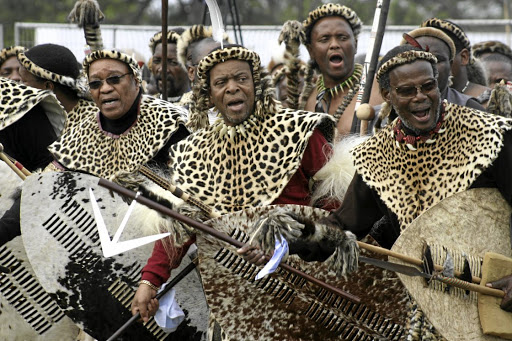 A number of dignitaries are making their way to KwaNongoma to pay their last respects to AmaZulu King Goodwill Zwelithini. The king’s body arrived at the royal palace on Saturday, but there’s drama unfolding. The Monarch’s Prime Minister, Prince Mangosuthu Buthulezi, isn’t happy about the way he claims he’s being treated by the royal house.
https://www.youtube.com/watch?v=-Fx-uZBwqmw

King Goodwill Zwelithini’s praise singer Buzetsheni Mdletshe pays his last respects to the late king. Disclaimer: eNCA’s live coverage may show people without masks and is outside of our control.