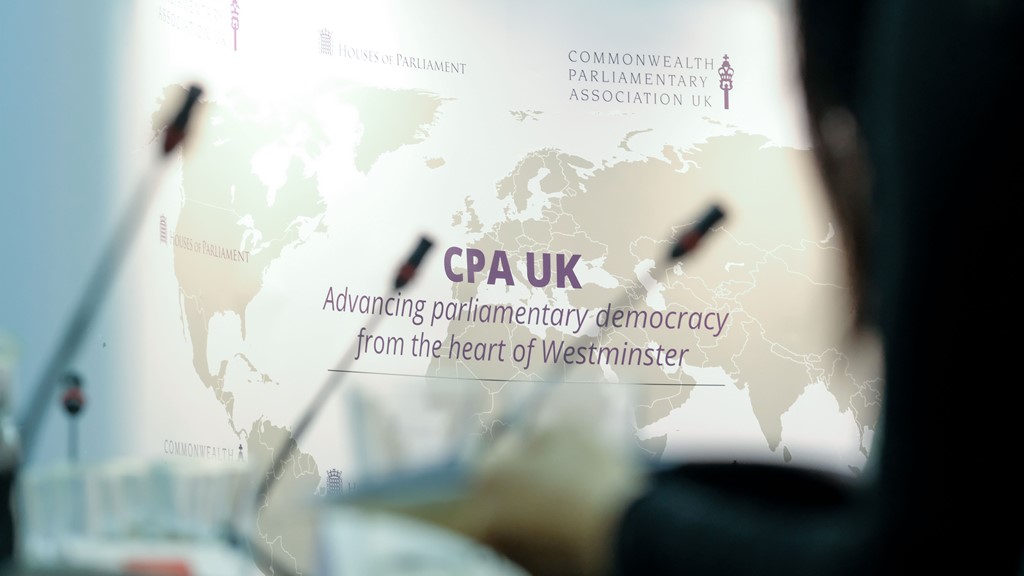 The CPA Commonwealth is governed by an International Executive Committee which controls the management of activities and business of the Association. The Committee consists of 35 Members: the Officers of the Association, the Chairperson of the Commonwealth Women Parliamentarians and three Regional Representatives from each Region except Africa which, as a large Region, has six Representatives.   The Committee meets just prior to the General Assembly, to which it reports, and holds a second meeting in another Commonwealth country midway between General Assemblies.

Based in the heart of the UK Parliament, CPA UK has worked to support and strengthen parliamentary democracy across the Commonwealth since our establishment in 1911.

Working with over 60 countries and jurisdictions across the Commonwealth our approach of peer to peer learning is central to our methodology. We design bespoke programmes and projects between parliamentarians and staff in the UK and other Commonwealth parliaments to enable and facilitate knowledge-sharing and development of good-practice.

Commonwealth nations work together to implement our shared values and principles which are in the Association.

Ramaphosa paid  a courtesy call on Her Majesty the Queen at the Windsor Castle during a working visit to London to attend the Commonwealth Heads of Government Meeting (CHOGM 2018) taking place on 19-20 April 2018.   This is the place of “gold”.   Where did they get the gold?    MAY visited SA and supported “land theft” accusations.
British rules, Commonwealth, Trustlands

The world’s primary feudal landowner is Queen Elizabeth II. She is Queen of 32 countries, head of a Commonwealth of 54 countries in which a quarter of the world’s population lives, and legal owner of about 6.6 billion acres of land, one-sixth of the earth’s land surface. Her position is a relic of the last and largest land empire in history, rumours of whose demise would appear to be somewhat premature based on her position and possessions. But her power is real, or at least legally real, and it derives from a tradition based on a specific and unbalanced relationship between rulers and the ruled.
Commonwealth – Billionaires

Wat is in hul manifes vervat?  And they are still involved here, even on all other colonial states.   Read the Charter of the Commonwealth.
“British rule” Colonial rule

Kenya do have “reserves” like it was here in South Africa – 1854-1961.   Today they also have “TRUSTLANDS” like in South Africa.   Land alienation in Kenya : During the colonial period, land in Kenya was divided into three parts, namely the Scheduled Areas, the Coast and the Trust Lands. The latter were also known as Native Reserves or non-scheduled areas.
Kenya – Trustland and british colony

In the foothills of the Maluti Mountains, Prynnsberg forms part of a string of gentleman’s country estates established for British ex-servicemen in the eastern Free State – few of them grander than Prynnsberg, the century-old home of Charles Newberry, a carpenter who immigrated to South Africa in 1864, before making his way to Kimberley where he made his fortune.
Prynnsberg – Estate of Grace

Kgosi Lucas Manyane Mangope, one of the previous Homeland leaders had ruled a showpiece state, Bophuthatswana.  Bophuthatswana was one of the 10 homelands and independence (TBVC) was part of their future with Hendrik Verwoerd’s twinkling words, “a policy of good neighbourliness” (various speeches).
Wyle Dr H F Verwoerd – 6 September 2019