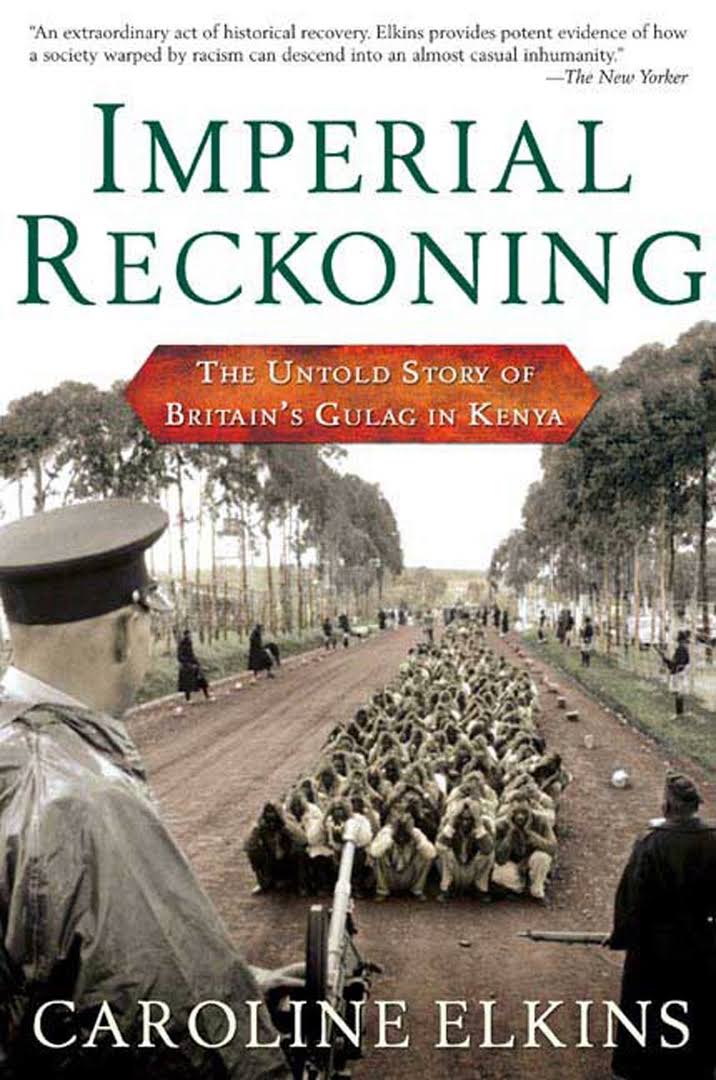 May in Suid-Afrika / South Africa – dancing

May in Kenya – dancing

Protection
We are committed to the Universal Declaration of Human Rights and other relevant human rights covenants and international instruments.  We are committed to equality and respect for the protection and promotion of civil, political, economic, social and cultural rights, including the right to development, for all without discrimination on any grounds as the foundations of peaceful, just and stable societies. We note that these rights are universal, indivisible, interdependent and interrelated and cannot be implemented selectively.   We are implacably opposed to all forms of discrimination, whether rooted in gender, race, colour, creed, political belief or other grounds.

Peace and Security
We firmly believe that international peace and security, sustainable economic growth and development and the rule of law are essential to the progress and prosperity of all. We are committed to an effective multilateral system based on inclusiveness, equity, justice and international law as the best foundation for achieving consensus and progress on major global challenges including piracy and terrorism.  We support international efforts for peace and disarmament at the United Nations and other multilateral institutions. We will contribute to the promotion of international consensus on major global political, economic and social issues. We will be guided by our commitment to the security, development and prosperity of every member state.   We reiterate our absolute condemnation of all acts of terrorism in whatever form or wherever they occur or by whomsoever perpetrated, with the consequent tragic loss of human life and severe damage to political, economic and social stability. We reaffirm our commitment to work together as a diverse community of nations, individually, and collectively under the auspices and authority of the United Nations, to take concerted and resolute action to eradicate terrorism.

Rule of Law
We believe in the rule of law as an essential protection for the people of the Commonwealth and as an assurance of limited and accountable government.
In particular we support an independent, impartial, honest and competent judiciary and recognise that an independent, effective and competent legal system is integral to upholding the rule of law, engendering public confidence and dispensing justice.

The Commonwealth is one of the world’s oldest political association of states. Its roots go back to the British Empire when some countries were ruled directly or indirectly by Britain. Some of these countries became self-governing while retaining Britain’s monarch as Head of State. They formed the British Commonwealth of Nations.

In 1949 the association we know today, the Commonwealth came into being. Since then, independent countries from Africa, the Americas, Asia, Europe and the Pacific have joined the Commonwealth.

Membership today is based on free and equal voluntary co-operation. The last two countries to join the Commonwealth – Rwanda and Mozambique – have no historical ties to the British Empire.

A newsletter in church today carried a piece by a recently deceased priest on a French Trappist monk, Charles de Foucauld, who is a candidate for beatification and the late author was one of those involved in the presentation of his cause to the Vatican. De Foucauld, an aristocrat, was a commissioned officer and saw service in Algeria where the local population failed to appreciate the benefits of French, colonial rule and frequently vented their anger on the occupying forces. The writer makes the point that the French colonialists could be fairly brutal. Last year’s terrorist attacks in Paris and the killings by young men of Algerian descent at the Charlie Hebdo office were condemned by the Western press; few articles at the time made any link with the slaughter in 1961 of an estimated 300 peaceful Algerian nationalist demonstrators by Parisian police.

Winston Churchill was a ruthless exponent of Empire. Many of his most brutal deeds are documented in Professor Caroline Elkins’s book, ‘Britain’s Gulag: The Brutal End of Empire’. The tactics condoned by Churchill, the Colonial Secretary, to crush aspirations for independence and freedom included the most vile methods of torture such as electric shock treatment and burning with cigarettes. Churchill saw local Kikuyu as ‘brutish children’ . That racism marked too his dealings in India and the Middle East where he regarded the Palestinians as ‘barbaric hordes’.

The known Aboriginal population of Australia at the time of white colonisation was 500 000; today it is 247 000. Scots pioneers in Victoria were often land-grabbers and squatters whose vicious ruthlessness was notorious. With the Welsh and the Irish, they played a full part in the harsh treatment of the indigenous people, including forced repatriation and the separation of children from their families.

Colonialism was a malign force which suppressed the human rights of people across the world. The Americans, for example , could not sell their tobacco rice, sugar, furs etc to any country but England. We worked in Zambia in the early seventies, a few years after independence had finally been granted. The colonial legacy was alive and thriving; copper, its most important resource, was owned and managed by Western multinationals and its value was decided, not in Lusaka, but on the London tin market. At the time of Independence, there were only five secondary schools in a country four times the size of Britain.

The British rule – state of shame

No British official, military or civilian, has ever been investigated or prosecuted for what happened in the suppression of Mau Mau. Iain Macleod, the colonial secretary, declared as it ended that a veil be drawn over the whole business. After a spate of memoirs in the 50s, it has been barely lifted. These two books tear substantial holes in that veil and reveal the horrors it covers. At least we can now see some of the detail and judge where responsibility lay.

Mau Mau – the origin of the name is still obscure – began in the early 50s among the Kikuyu of the Kenyan highlands who had been forced off their lands by white, mainly British, settlers. Although the British government had declared that Kenya was not “white man’s country” and the interests of the native population of Kenya were paramount, the Kikuyu were gradually stripped of their land throughout the first half of the 20th century. As in southern Africa, the local farmers were forced to become labourers on settler farms. The settlers combined to keep wages low.

British officials, bullied by the settlers, ignored African leaders making moderate political demands for African advancement and representation. Militants were locked up. Unsurprisingly, suppressed political associations turned into secret societies, the cells of a violent rebellion. On May 15 1952, the mutilated bodies of a village headman and a police informer were found floating in a river. Mau Mau had begun.

Over the next seven years Mau Mau killed only 32 white settlers but tens of thousands of Africans who served or profited from the British administration. Mau Mau’s horrific murders and mutilations – mostly against their own Kikuyu people – convinced British administrators they were fighting a primeval rejection of civilisation, a reaction against modernity, which had to be crushed at all costs. Elspeth Huxley called it “a yell from the swamp”.

The British reacted with maximum violence. Unaccustomed to listening to Africans, even “moderate” ones, they could not or would not see political, social or economic causes behind the rebellion. They turned their forces, including heavy bombers, on the forest fighters. The british system was punctilious and methodical: tens of thousands were rounded up and imprisoned – 71,046 in December 1954.

But the British also deployed an even more fatal if effective method, the one they had used against Afrikaner civilians in the Boer war, the concentration camp. Both Anderson and Elkins draw convincing parallels with Nazi concentration camps and Stalin’s gulags. More than 1 million people were crammed into heavily guarded camps where starvation and disease killed thousands.

On the outside, the army used the same tactics that the Sudanese government has been using against the rebels in Darfur: they armed the local enemies of the rebellion and encouraged them to kill, rape and loot at will. When accounts of British atrocities leaked out, officials in Nairobi and London lied to deny them. When a few brave souls spoke out or even resigned, they were persuaded to keep quiet. When at last some of the truth came out the game was up. Even the young Enoch Powell, from the far right of the Tory party, declared that if Britain behaved like this it did not deserve an empire.

The British won the war, but, already well on the way to dismantling the empire, the Conservative government in London was forced to bring forward the date of Kenyan independence.

The white settlers lost political privilege and Britain was forced to release the nationalist leader, Jomo Kenyatta, from jail. He had lost the political initiative to Mau Mau in the early 50s, but in a trial that was fixed he had been convicted of being its leader and imprisoned. The British frantically tried to undermine his credibility and prop up alternative leaders, but his popularity remained undimmed and they were forced to accept him as Kenya’s first president. Known as Muigwathania – the reconciler – he chose to befriend the British and save their interests in Kenya. He called Mau Mau “a disease which has been eradicated and must never be remembered”.

Since then there have been many reassessments of Mau Mau’s meaning. Was it a war for land or for political freedom? Was it a class war within the Kikuyu or did it represent something wider?

Most analysts have relied on existing material; these books use new sources. Anderson has reconstructed a vivid slice of history from the court records of Mau Mau trials.

Some 3,000 were tried in special courts, 1,574 were convicted and 1,090 hanged. That was more than all the other uprisings the British faced in the last phase of the colonial period put together. The court evidence is a rich seam containing the family backgrounds of Mau Mau members and extraordinary personal details and anecdotes.

Elkins uses oral testimonies of the victims, mostly supporters of Mau Mau who survived the camps and whom she has interviewed. The cover says she spoke to hundreds but in the text there is no mention of how many or who she spoke with. Her main sources are mostly already public. The interviews with detainees – especially women – will tear your soul but Elkins does their cause no favours by drenching her writing in heavy sarcasm. After a while she loses the inverted commas around words like British civilisation so it is hard at times to know if she means “so-called civilisation” – in the name of which disgusting atrocities were perpetrated – or whether she is referring to the schools, hospitals and roads that the British brought in their wake. Where Anderson gets inside the minds and passions of both sides and, best of all, inside the agony of those simply caught up in the horror and forced to make appalling choices, Elkins remains rigidly one dimensional in her understanding.

In Kenya today there are the stirrings of truth and reconciliation movements as families of Mau Mau and “loyalist” Kikuyu meet and talk about the tragedy that tore their grandparents’ generation apart.

Mass graves are found, burial places marked. The government has backed a commission to investigate. Kenya is finally facing the past. It is a pity Britain’s leaders cannot be bothered to do the same.