Most of the big mining companies and businesses involved and operated in South Africa are all B-BBEE – some relevant to a foreign country.   The board members, chief executives, directors, share holders, those who deals with diamonds, gold or other minerals can not claim they are poor.      The South African mining industry is most well-known for its gold, diamonds, platinum and coal resources. But the country is also host to chrome, iron ore, manganese, vanadium, titanium and a number of other lesser, but expensive minerals. 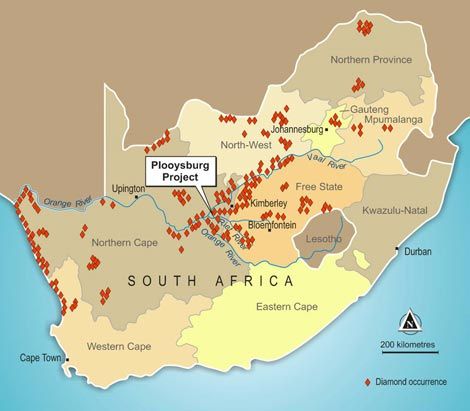 On the other hand, the South African government (Mineral Resources) is responsible for the mining permits and receive an income from them and they are also responsible for the rehabilitation when mining has been completed.    Mine reclamation is also a process and part of responsibilities, to rehabilitate all areas as it was before mining started.   But that did not happen for years now.  Millions of hectares of mining lands iland after coal mining operations have stopped. It is a requirement of the Surface Mining Control and Reclamation Act (SMCRA) of 1977. … Reclamation should allow for the area to be resistant to soil erosion and, based on the soil requirements, fertilized and revegetated.

The British people were in control in 1902 of all mines in Southern Africa,  note the date,  there was a Union of South Africa since 1910.   There were a shortage of workers in the mines, then they decided from LONDON to make use of Chinese and mostly African immigrants.   More than 400000 immigrants were imported from mostly African countries and China.

At a later stage, most of those 400 000 + immigrants then  demanded to vote in South Africa while they have countries of their own.    Most of them were living in hostels around the mines.   (Witwatersrand and Kimberley).

At that stage, there were still  Reserves or British crownlands in place,  given to the local ethnic groups by “negotiations – Shepstone Policy” but ruled by themselves and their own leaders, not the Afrikaners or Boers.

Those areas were called Reserves or British Crownlands and later became Homelands, in the old ZAR and were not part of the ZAR or Freestate.   Not now, not then.   That same areas the ethnic leaders called it after 1994 Trustland or CPA’s (land claims).  Although

Those Reserves and British Crownlands were recognised as theirs by the Union government of 1910 in union documents.

They all demanded better lifestyles and housing.  Later, it became the Afrikaner and Boer problem and to meet their requirements.   Same happened today in South Africa.   Foreigners came in, walk over the border and expect free houses, schools, medical treatments, grants, etc. 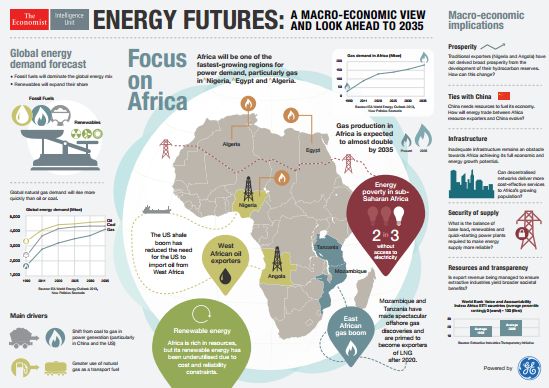 HISTORICAL NAMES AND NEW NAMES IN THE DIAMOND BOAT

Ramaphosa was appointed the fifth and current President of South Africa in February 2018. Before that, he was the country’s Deputy President from 2014. He was the founding general secretary of the NUM in 1982. He became part of the ANC’s congress movement when he was instrumental in the founding of COSATU in 1985. He was elected secretary general of the ANC in 2002, and led the constitutional negotiations for the ANC. He entered the business world in 1997 after failing to be elected to succeed Nelson Mandela as ANC president, returning to politics in 2012.

China in Africa and South Africa

In February 2018, Mantashe was appointed South African Minister of Mineral Resources. Trade unionist Mantashe served for 10 years as general secretary of the National Union of Mineworkers (NUM) from 1997 before becoming secretary general of the ANC in 2007, a position which he held until December 2017. He made history by becoming the first trade unionist to be appointed to the board of directors of a JSE listed company, Samancor, in 1995.

Oliphant is the current South African Deputy Minister of Mineral Resources. He is a former vice president of COSATU (Congress of South African Trade Unions) and member of the National Executive Committee (NEC) of NUM. He has been a Member of Parliament since 1994. Oliphant has a direct connection with the diamond mining industry as he is also a former branch chairperson of NUM at Finsch diamond mine.

In 1873, 20-year old Barney Barnato arrived penniless in South Africa from England. In 1876 he bought four claims in Kimberley mine and later formed Barnato Diamond Mining Company which he merged with Kimberley Central Mining Company in 1883. In 1888, Barnato sold out to Cecil John Rhodes, after much competition between them.

The amalgamation lead to the formation of De Beers Consolidated Mines, the name synonymous with diamonds, and the company which dominated the world’s diamond market for many years. Rhodes had arrived in South Africa in 1870 and invested £3,000 his aunt had lent him in the Kimberley diamond diggings, from where he purchased diamond claims and became prosperous.

Thomas Cullinan, prospector and entrepreneur, was convinced that there were diamonds to be found on the Cornelis Minnaar Farm, Elandsfontein, and purchased the farm in 1902. Cullinan’s optimism was not unfounded. The full extent of the kimberlite diamond pipe was soon established – 32ha in area and the largest in the world – and the Premier Diamond Mining Company was established.

Sir Ernest Oppenheimer was a German-born diamond and gold mining entrepreneur, financier and philanthropist, who controlled De Beers from 1927 and founded the Anglo American Corporation of South Africa. He was succeeded in the business by his son Harry.

Harry headed Anglo American from 1957 to 1982 and De Beers from 1957 to 1984. Harry’s son, Nicky, became De Beers’ chairman in 1998. He retired in 2012 when the family stake in the company was sold to Anglo American. The Oppenheimers’ diamond fortunes provided the capital for development of the gold mining industry. Diamonds could be described as the spark which led South Africa – and mining – into the industrial era. 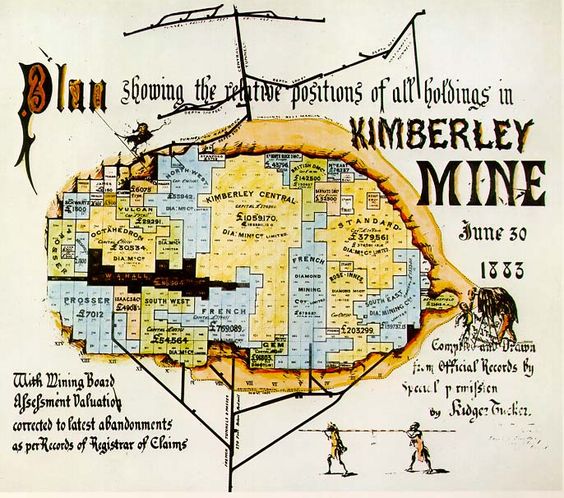 Southern Africa was once regarded as a worthless jumble of British colonies, Boer republics, and African chiefdoms, a troublesome region of little interest to the outside world. But then prospectors chanced first upon the world’s richest deposits of diamonds, and then upon its richest deposits of gold. What followed was a titanic struggle between the British and the Boers for control of the land, culminating in the costliest, bloodiest, and most humiliating war that Britain had waged in nearly a century, and in the devastation of the Boer republics. Martin Meredith’s magisterial account of those years portrays the great wealth and raw power, the deceit, corruption, and racism that lay behind Britain’s empire-building in southern Africa.

Full Book Name: Diamonds, Gold, and War: The British, the Boers, and the Making of South Africa

Who became super rich after 1994 and all of them (most) are involved with minerals.  The poor people do not share anything.   Southern Africa was once regarded as a worthless jumble of British colonies, Boer republics, and African chiefdoms, a troublesome region of little interest to the outside world.   But then prospectors chanced upon the world richest deposits of diamonds and gold, setting off a titanic struggle between the British and the Boers for control of the land. Refer to the Anglo Boer Wars and Concentration camps. Same happened to the Zulu people as well – Anglo Zulu War.  The result was the costliest, bloodiest, and most humiliating wars that Britain had waged in nearly a century, and the devastation of the Boer republics and Zulu wars as well.

The author of the book:  His descriptions of Rhodes and Kruger, of Robinson and Barnato and all the other actors, rogues and heroes of this epic drama played out upon the scorched African veldt are filled with fascinating insights and rich with anecdotes which bring them bursting from these pages. This is a book that will take a prominent place upon my bookshelf and which I know I will re-read time and again over the years ahead.” — Wilbur Smith, author of The Quest and River God.
He focus on:  Rhodes arrived in the region (in Natal) from Britain in 1870 at age 17, a participant in a cotton-farming venture. By the next year he was poised to take advantage of the diamond fever that had taken root. The discovery of diamond deposits transformed the interior of the Cape Colony (which had become British in 1806, during the Napoleonic Wars) from a place deemed “the most sterile and worthless in the whole Empire” to a locus of greed and ambition. When gold, too, turned out to be one of the area’s abundant resources, this time in the Boer territory known as the Transvaal, Rhodes was once again ready for profiteering. By the age of 37 he was not only prime minister of the Cape Colony but also a gold and diamond mogul. He had finagled permission from Queen Victoria to wield private police power as well as public authority. 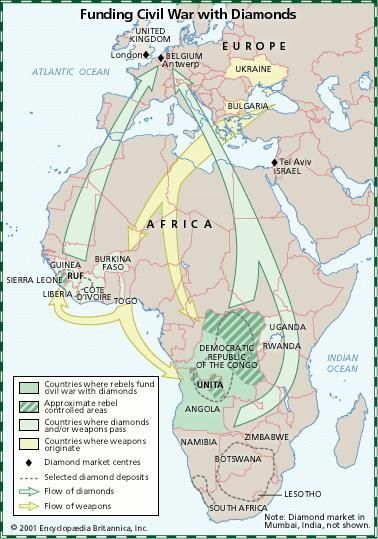 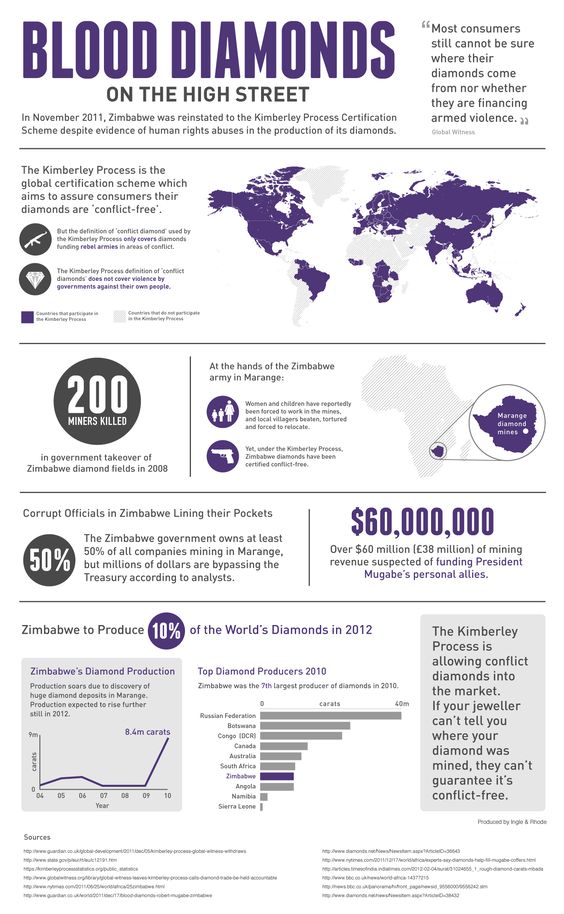 In The Secret Society, Robin Brown unpacks some astonishing and largely unknown history. He brings Cecil John Rhodes, his companions and his successors to life by drawing from diaries and letters, and sheds new light on Rhodes’s homosexuality.

Ranging from the diamond mines of Kimberley to the halls of power in Westminster, and peopled with characters such as General Gordon, Leander Starr Jameson, W.T. Stead, Olive Schreiner, the Princess Radziwill, Joseph Chamberlain and David Lloyd George, this book is a page-turner that will make you see the world, both past and present, in a different light.

It is fitting in the year of #RhodesMustFall to be contemplating a book on Rhodes.

Rhodes made a fortune from diamonds and gold, became Cape Colony prime minister, and had a country named after him – and until recently had a statue erected in his honour at UCT – but his ambitions were far greater than that. When he was still in his 20s, after a meeting with General Gordon of Khartoum, Rhodes set up a Secret Society with the aim of establishing a new world order.