This is not the first time that people are upset with the mining procedures.  It is not only the people of Pondoland (Xhosa people) 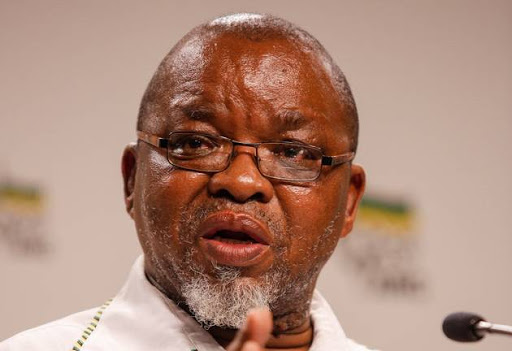 17 January 2019 – Tensions rose. And so did chairs, stun grenades and teargas in the embattled rural and coastal town of Xolobeni in the Eastern Cape yesterday. This is where a visit by the Minister of Minerals Resources, Gwede Mantashe, turned volatile amid accusations that he and Pondo King Zanozuko Sigcawu were biased towards Australian Mining Company, MRC. Richard Spoor joins us for more.

A meeting called on the proposed titanium mining on the Wild Coast in the Eastern Cape has degenerated into chaos. Shots also rang out after a decision to call it off. It was called by Mineral Resources Minister, Gwede Mantashe to consult the Xolobeni community after the North Gauteng High Court ruling. SABC reporter Athule Joka attended the meeting and joins us on the line from the Wild Coast.

16 January 2016 – A meeting between the Mineral Resources Minister and the Xolobeni community in the Eastern Cape collapsed into chaos. Courtesy #DStv403

Chaos erupted in Xolobeni in the Eastern Cape at the end of a “consultation” meeting between the community and Minister of Mineral Resources Gwede Mantashe on Wednesday afternoon.   Community members, who are against the issuing of a titanium mining licence to Transworld Energy and Minerals (TEM), a subsidiary of Australian mining company Minerals Commodities Limited (MRC), attended the meeting in their numbers.

In one of the videos posted on the Amadiba Crisis Committee’s (ACC) Facebook page, a group of uniformed police officers can be seen beating up one of the community members who had attended the meeting, which turned violent shortly after Mantashe addressed the community.   Police also fired stun grenades as community members fled from the back of a huge white marquee, picking up and later slamming chairs to the ground.

It is unclear what caused the police to act.

Richard Spoor, an Eastern Cape attorney who was arrested last year after marching on a venue where Mantashe was meeting with residents, also posted on his Facebook account that the “third coming of Gwede at Xolobeni, ends badly”.

Spoor said that the locals “do not want mining on their land” and questioned why Mantashe was pushing ahead with the plans to allow MRC through TEM to mine in the area.

In an interview with eNCA, Mantashe attempted to play down reports that the meeting ended in chaos.

“The meeting has gone as planned because we came here to give a report of what has happened since the last meeting. We did that…” said Mantashe, cutting his speech short as the sound of a stun grenade went off – something which eNCA reporter Siphamandla Goge tweeted.