The EFF leader Julius Malema spat fire during an EFF press conference on Tuesday, 2 July 2019.   He took aim at President Cyril Ramaphosa over allegations that his 2017 presidential campaign was funded by Bosasa, his “protection” of public enterprises minister Pravin Gordhan, as well as the dismissal of Peter Moyo from Old Mutual.  Radical revolution is their lifestyle. 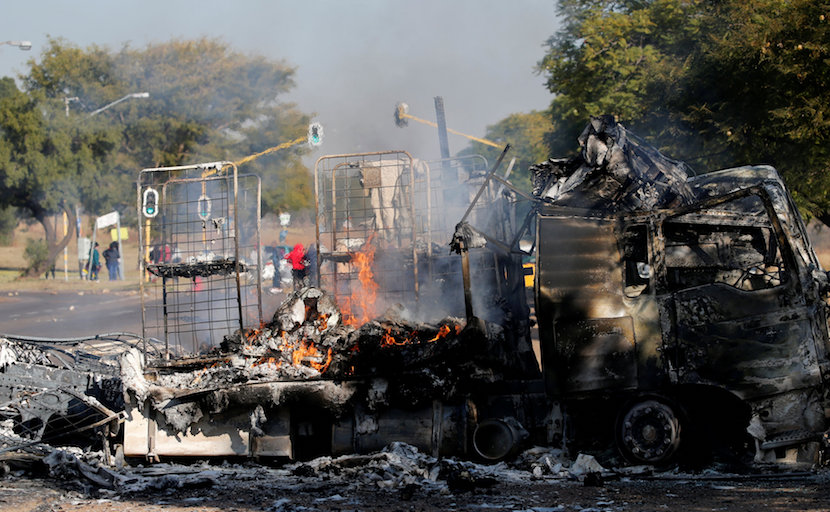 Here are five quotes from the conference:

We will take over

“Anyone who comes and threatens this revolution will find us ready. Our constitution says we’ll do everything we can to take over this country. If need arises, we’ll take up arms. For the revolution, we do anything. If you are a member and you don’t like it, join ACDP.”

Ramaphosa must come clean about CR17

“Now the president must answer because his answers are not satisfactory. I have asked him, why should you wait for an investigation? Why not call a press conference and give details about the sponsors of CR17?”

“We have been trying to get close to the matter of the dismissal of Moyo and what we are finding out is that he was an agent of transformation, who was committed to recruiting capable blacks into strategic positions at Old Mutual. We are concerned that his dismissal was fuelled by resistance to change.”

Gwede Mantashe is scared of Mkhwebane

Speaking at a press conference on Tuesday, EFF leader Julius Malema said President Cyril Ramaphosa may face impeachment if he is found guilty for wrong-doing in the R500,000 Bosasa investigation by the public protector.

My Meeting with Nelson Mandela (1 of 2) Dr. Peter Hammond
https://www.youtube.com/watch?v=cTFhaUYmzV0/

My meeting with Nelson Mandela (2 of 2) Dr. Peter Hammond  https://www.youtube.com/watch?v=HKO7MmJ60zY

***
Various articles regarding the ANC “revolution”.
Blue and Red legs…

Mandela, Mbeki and the Guptas