The Magistrates’ Courts are the lower courts which deal with the less serious criminal and civil cases. They are divided into regional courts and district courts. In Criminal Courts the state prosecutes people for breaking the law. Criminal Courts can  be divided into two groups: Regional Magistrate's Courts Ordinary Magistrate's Courts (also called District Courts) * Read… END_OF_DOCUMENT_TOKEN_TO_BE_REPLACED

Julius Malema from EFF, is back in the Johannesburg High Court for the hate speech case brought against him by multi-cultural AfriForum.   Malema and Ndlozi's hate-filled songs romanticise the killing of white farmers, AfriForum tells court.   AfriForum petitioned the Gauteng High Court in Johannesburg to find EFF leader Julius Malema in contempt of court… END_OF_DOCUMENT_TOKEN_TO_BE_REPLACED

Few ordinary South Africans were aware that this “process” had begun in high secrecy more than two years before Mandela’s release, when the ANC in exile had, in effect, done a deal with members of the Afrikaner elite at a stately home, Mells Park House, Frome, Somerset . The prime movers were the corporations… END_OF_DOCUMENT_TOKEN_TO_BE_REPLACED

ANC Stalwarts and Veterans wrote on 9 October 2017 about its formal disbandment and the formation of the South African National Defence Force, Umkhonto we Sizwe’s principles of self-sacrifice and service to the country have been undermined by a small minority of ex-members, who regularly denigrate everything for which our comrades fought. They have recruited and trained individuals who have… END_OF_DOCUMENT_TOKEN_TO_BE_REPLACED

The mission and end goal are to attack, torture and kill - as well as rape. The shouting and singing of them are like thunder, today it is there and tomorrow it is back again, sometimes more intense than other days and more destructure as possible. The ANC red revolution did not stop in 1994,… END_OF_DOCUMENT_TOKEN_TO_BE_REPLACED

CultureWatch blogger Bill Muehlenberg also has strong reservations about Mandela, citing South African missionary Dr. Peter Hammond, who notes that “Mandela was the head of the military wing of the African National Committee (ANC),” which Hammond referred to as “the abortion, necklacing and corruption party.” The victims of Mandela’s bombs included men, women, and children—both black and… END_OF_DOCUMENT_TOKEN_TO_BE_REPLACED

On 31 March 1982 Mandela was transferred to Pollsmoor Prison in Cape Town with Sisulu, Mhlaba and Mlangeni. Kathrada joined them in October. When he returned to the prison in November 1985 after prostate surgery, Mandela was held alone. Justice Minister Kobie Coetsee visited him in hospital. Later Mandela initiated talks about an ultimate… END_OF_DOCUMENT_TOKEN_TO_BE_REPLACED

When any white person will sing exactly the SAME "ANC struggled song" for black citizens during court cases or black funerals and replace the "word" Boer with "K-word" or "black" (to kill the black people), the current government will take action against those white singers as in the case of Vicky.   What happened in the… END_OF_DOCUMENT_TOKEN_TO_BE_REPLACED

Most of the "supporters" see the socalled "struggle songs" as an order - to kill.  Look at the past 26 years.   This so-called struggle song, "Kill the boer, kill the farmer" has been used more after 1994 as before 1994 - is an excuse to send vibes out to their soldiers and partners in crime. … END_OF_DOCUMENT_TOKEN_TO_BE_REPLACED 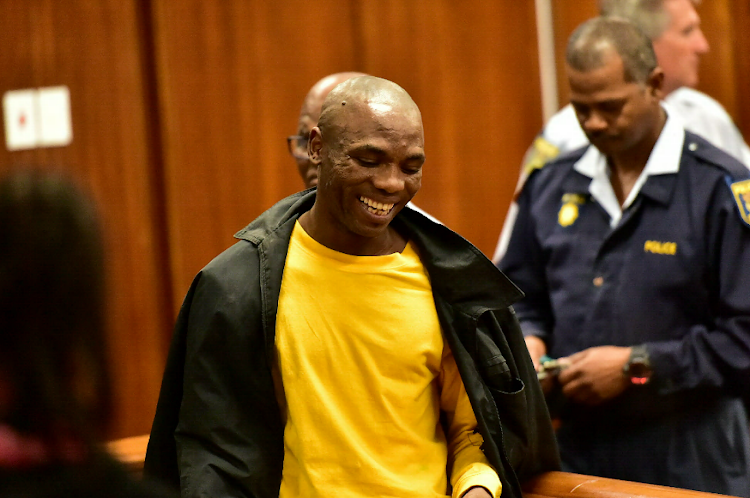 FARM ATTACKED - A victim sharing her farm attack ordeal Eastern Cape Police Commissioner Liziwe Ntshinga has welcomed the lengthy jail sentence handed down to an accused sentenced on Thursday, in the Port Elizabeth High court on 17 counts including rape, housebreaking, aggravated robbery, kidnapping, possession of a firearm and ammunition, attempted murder as well as… END_OF_DOCUMENT_TOKEN_TO_BE_REPLACED

Mandela continued to define farm murders as, “In the period January 1 to November 24  2017 there were 51 crimes occurred on the Free State farms. During the commission of these crimes, 14 murders occurred, with only three known instances in which the motive was murder. Arrests have been made for ONLY 11 of these… END_OF_DOCUMENT_TOKEN_TO_BE_REPLACED

We are a people in their own right, who have an international right to self-determination (independent territories).   It is us, as a people who have to rise to obtain it, it will not descend on us and even less it will be given to us.  The Volkstaat Council did  a good job on research and… END_OF_DOCUMENT_TOKEN_TO_BE_REPLACED