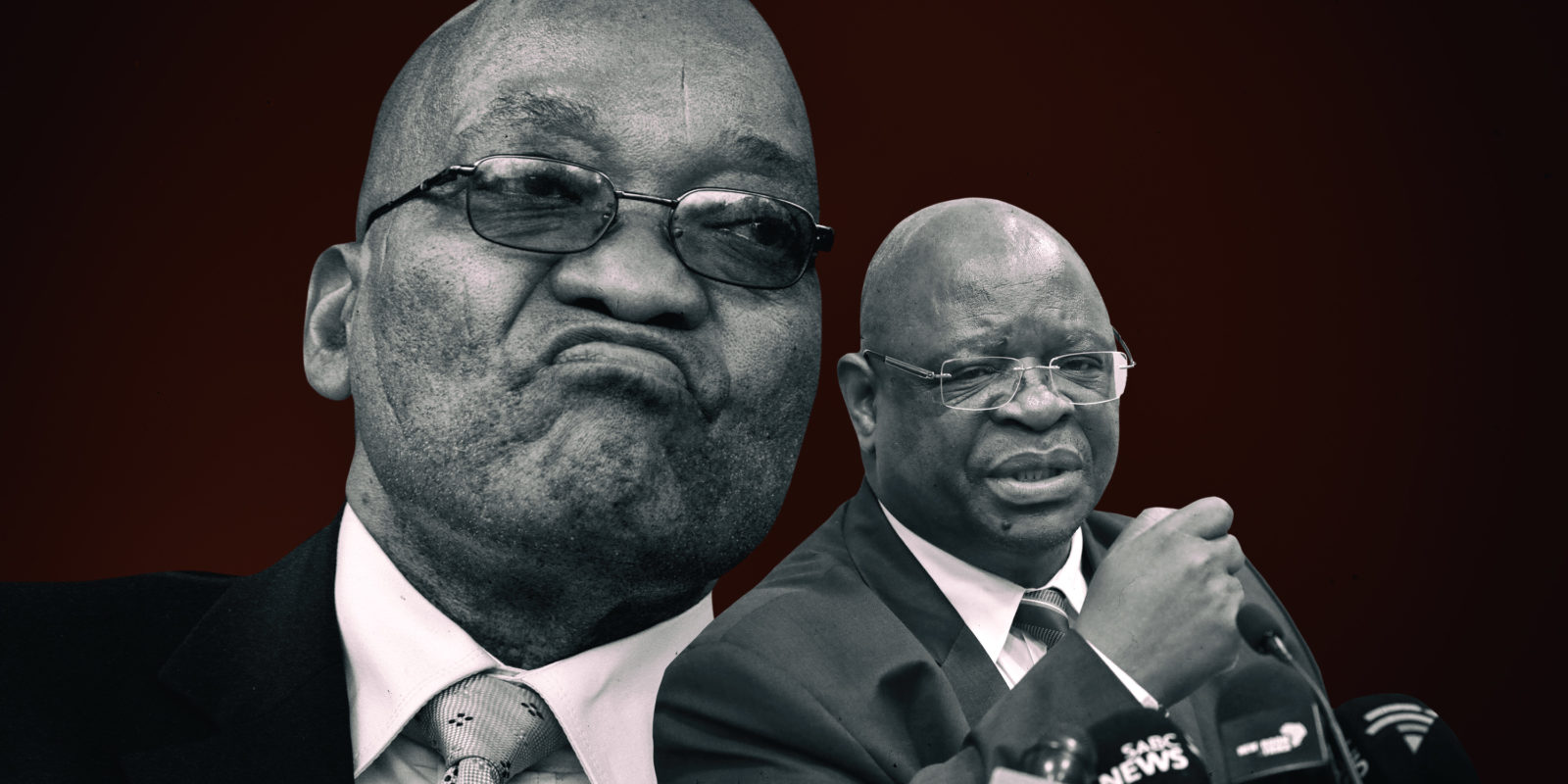 As a former president he should be the first to show respect for the Constitution that he and his organisation fought for and helped to write; for the Constitutional Court, most of whose current members he appointed and for the Zondo Commission, which he established. Instead, he has openly and publicly declared that he will defy the Constitution, the Court and the Commission.

While Zuma was the president of South Africa various corruption took place and even before his time – like the arms deals.  He  was in charge of the whole of South Africa, the master mind and architect of state capture, but he was not alone in all those schemes.     It it important that Zondo Commossion focus on him as a start and it makes sense to go after him.     The other “assistants” will get their sentences and follow him.   The  Zondo commission have to find all the corruption money back, with those involved, they mut pay back, with interest and those that received the payments, must pay their Tax on it as well, received as an extra income.

15 February 2021 – Order to Constitutional court about Zuma not attending.

The State Capture Commission of Inquiry has filed an urgent application at the Constitutional Court calling for former President Jacob Zuma to be arrested for two years.​ Last week, the former president was a no-show at the commission, defying a constitutional Court ruling that compelled him to appear before Zondo from the 15th to 19th of February. In the application, the commission’s secretary described this case as no ordinary one given the position that Zuma holds in society. The commission further wants Police Minister Bheki Cele and National Police Commissioner General Khehla Sithole to be ordered to take all steps, as may be required to give effect to the order and demands that Zuma is ordered to pay the costs of the contempt application. Last week Zuma wrote a 12-page scathing statement, claiming that some judges have sold their souls and departed from their oath of office.​ Karyn Maughan, News 24 Senior Legal Journalist gives more details.
https://www.youtube.com/watch?v=W6MzzmeAu0U

The much-anticipated prosecution of former president Jacob Zuma and French arms manufacturer Thales is set to get under way at the high court in Pietermaritzburg on Tuesday.

Zuma and Thales are facing charges of fraud, racketeering, corruption and money laundering relating to the controversial multibillion-rand arms deal of the 1990s,

The Zondo commission on Monday hears evidence relating to allegations of corruption at the Passenger Rail Agency of South Africa (Prasa) from former minister of transport Dipuo Peters.

Earlier this month, former chairperson of parliament’s Transport Committee Dikeledi Magadzi told the state capture commission that they wanted state institutions such as the auditor-general, National Treasury, Hawks and the police to investigate corruption and the irregular procurement of trains at Prasa.

The commission of inquiry has adopted an arm’s length approach in its contempt case against former president Jacob Zuma to remove any claim of bias by Deputy Chief Justice Raymond Zondo. Dr Llewelyn Curlewis, an expert in law at the University of Pretoria unpacks this.

The #StateCaptureInquiry has adopted an arm’s length approach in its contempt case against former president #JacobZuma to remove any claim of bias by Deputy Chief Justice Raymond Zondo. Dr Llewelyn Curlewis, an expert in law unpacks this. Watch: http://bit.ly/3dpFPZw

The long-awaited corruption trial of former President Jacob Zuma and his co-accused French arms manufacturer Thales is set to begin in mid-May. The two accused face multiple charges including fraud, corruption, money laundering, and racketeering related to the controversial arms deal of the 1990s. The Pietermaritzburg High Court confirmed the case as trial-ready.