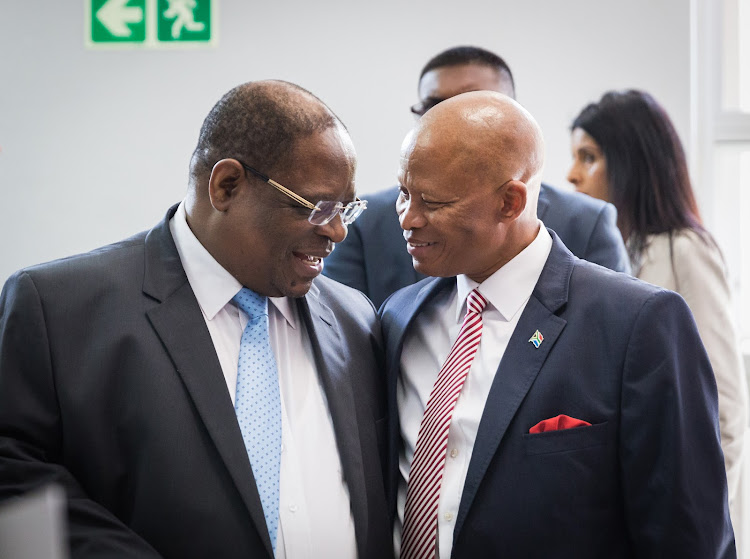 Who appointed the Zondo commission?  The court ordered Zuma to appoint a commission within 30 days that must be selected by Chief Justice Mogoeng Mogoeng. He selected Deputy Chief Justice Raymond Zondo to lead the commission.    It was stated that by making more resources available‚ it is his sincere hope that the commission‚ will be able to reach many of those areas of concern that may not have been reached by the Public Protector’s investigation‚ but form part of what she might have investigated‚ had she had sufficient resources to do so.

Former president Jacob Zuma will not be appearing at the Zondo commission on 11-15 November, because he is ill.

It was scheduled to appear in October, but his appearance was postponed due to his ongoing legal issues.   There was also an expected day of 21 October 2019.   In a separate statement, it was indicated Zuma called in sick and unable to appeart at the Zondo Commission.    Dates for further hearings will be communicated in due course,” the inquiry stated in a statement on Tuesday.

Zuma appeared at Pietermaritzburg High Court on in October where indicated that he intends appealing the court’s decision not throw out his corruption charges. The charges are related to the arms deal saga.

Zondo was recommended by Chief Justice Mogoeng Mogoeng, as ordered by previous Public Protector Thuli Madonsela in her report, State of Capture, released in October 2016.

The North Gauteng High Court ordered that the Public Protector’s remedial action is binding and that Zuma had to appoint a commission of inquiry within 30 days, headed by a judge selected solely by Mogoeng. The court also ordered that Zuma personally pay the costs of the review.

The ANC’s elective conference in Johannesburg last month decided that the inquiry should be expedited. However, two days after the conclusion of the conference, Zuma filed his appeal.

In the days since, requests for Zuma to resign or for his removal have been mooted, with his failure to appoint the commission believed to be one of the things being held against him. Matters are expected to come to a head at Wednesday’s NEC meeting, the first of the newly elected committee with Cyril Ramaphosa as the party’s president.

Parliament is also due to start working on the rules governing the removal of the president in terms of section 89 of the Constitution, often called impeachment.

Zuma said in his statement that he was “concerned that this matter (the state capture inquiry) has ccupied the public mind for some time now and deserves urgent attention”.

“I have only appealed the orders to the extent that they set a particular precedent for the Office of the President of the Republic and are indeed deserving of legal certainty,” he said.

“The allegations that the state has been wrestled out of the hands of its real owners, the people of South Africa, is of paramount importance and are therefore deserving of finality and certainty.”

“Accordingly, I have decided that, while the issues determined by the order require final determination by higher courts, this matter cannot wait any longer.”

He said further delays in appointing the commission would make the public doubt government’s commitment to dismantling “all forms of corruption” and entrench “the perception” that the state has been captured by private interests.

The inquiry’s terms of reference were not included in the statement, but Zuma said: “The commission must seek to uncover not just the conduct of some, but of all those who may have rendered our state or parts thereof vulnerable to control by forces other than the public for which government is elected.

“There should be no area of corruption and culprit that should be spared the extent of this commission of inquiry.”

“I have considered this matter very carefully, including the unprecedented legal implications of the order directing the Chief Justice to select a single judge to head the commission of inquiry. I have expressed my reservations about the legality of this directive, which may be the subject of the appeal,” said Zuma.