In Britain, supporters of the war effort sought to raise funds for British reservists who were placed on active duty and left with little means to support their families on a salary of “shilling a day.”    The newspaper the Daily Mail created a successful charity campaign using the-then popular song “The Absent-Minded Beggar” with words by Rudyard Kipling and music by Arthur Sullivan of Gilbert and Sullivan fame. A surviving piece of that campaign is this cloth map, replete with song lyrics and sheet music. 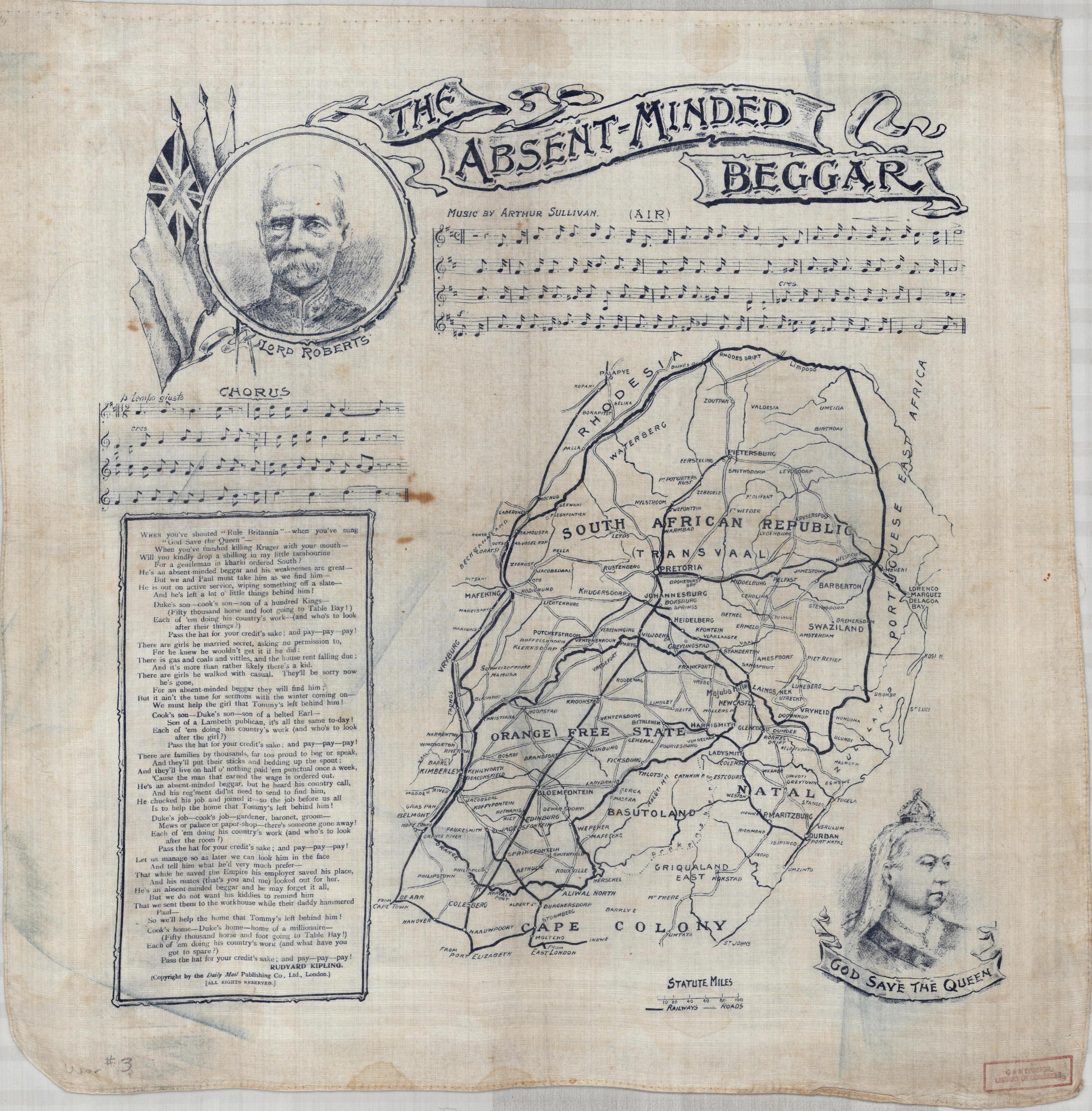 This song was written to encourage the public to give money to support the families of the Army Reservists who were called up as part of the military force going to southern Africa at the beginning of the Boer War. Written in 1899, it was one of the last pieces written by Sir Arthur Sullivan before he died. It raised over £250,000, over £27,000,000 as at 2014!

The country’s premier composer, Sir Arthur Sullivan, was asked to set the poem to music. (In 1897 Sullivan had agreed to compose music for Kipling’s poem Recessional, but never completed the setting.) Both Kipling and Sullivan gave all their fees go the charity. Within a few days leading graphic artist Richard Caton Woodville provided an illustration, titled ‘A Gentleman in Kharki’, showing a wounded but defiant British Tommy in battle, and this illustration was included in ‘art editions’ of the poem and song.

When you’ve shouted “Rule Britannia”: when you’ve sung “God Save the Queen” When you’ve finished killing Kruger with your mouth: Will you kindly drop a shilling in my little tambourine For a gentleman in khaki ordered South? He’s an absent-minded beggar and his weaknesses are great: But we and Paul must take him as we find him: He is out on active service wiping something off a slate: And he’s left a lot of little things behind him! Duke’s son – cook’s son – son of a hundred kings, (Fifty thousand horse and foot going to Table Bay!) Each of ’em doing his country’s work (and who’s to look after the things?) Pass the hat for your credit’s sake, and pay – pay – pay!

There are girls he married secret, asking no permission to, For he knew he wouldn’t get it if he did. There is gas and coal and vittles, and the house-rent falling due, And it’s rather more than likely there’s a kid. There are girls he walked with casual, they’ll be sorry now he’s gone, For an absent-minded beggar they will find him, But it ain’t the time for sermons with the winter coming on: We must help the girl that Tommy’s left behind him! Cook’s son – Duke’s son – son of a belted Earl, Son of a Lambeth publican – it’s all the same to-day! Each of ’em doing his country’s work (and who’s to look after the girl?) Pass the hat for your credit’s sake, and pay – pay – pay!

Listen and enjoy your “English tea” 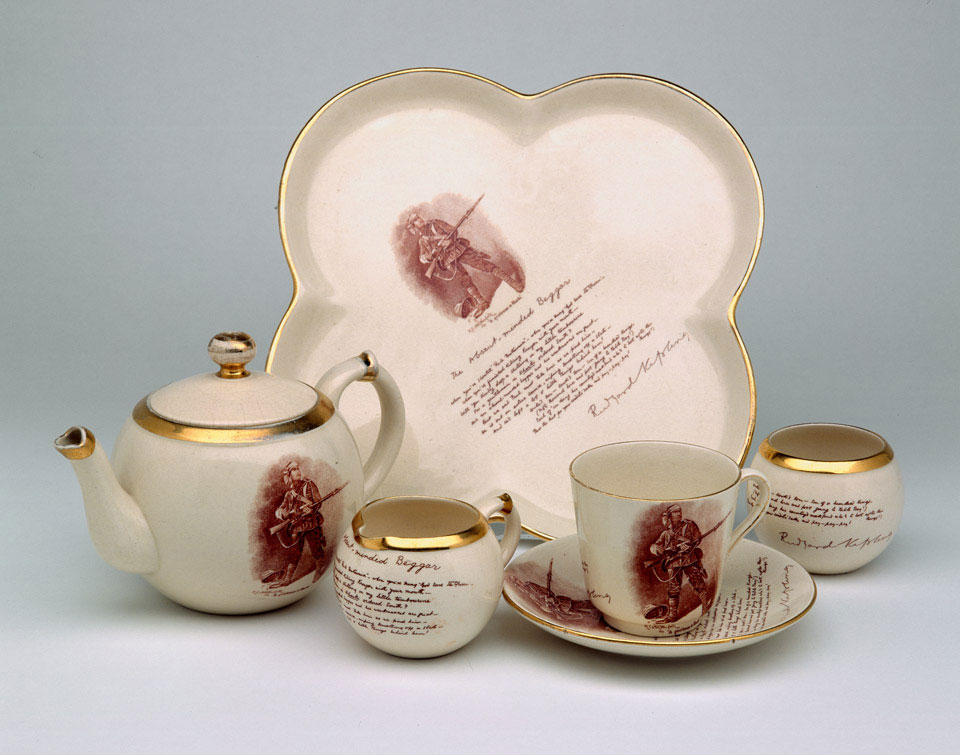