Pretoria – The Renewable Energy Independent Power Producer ProcurementProgramme (REIPPP) is making a significant impact on the economy, job creation, community upliftment, economic transformation and climate change.      According to Radebe, the REIPPP is a competitive tender process that has been designed to facilitate private sector investment into grid-connected renewable energy generation.    In a short, eight-year period, it has attracted R209.4 billion in committed private sector investment, resulting in much-needed alleviation of fiscal pressure, he said. 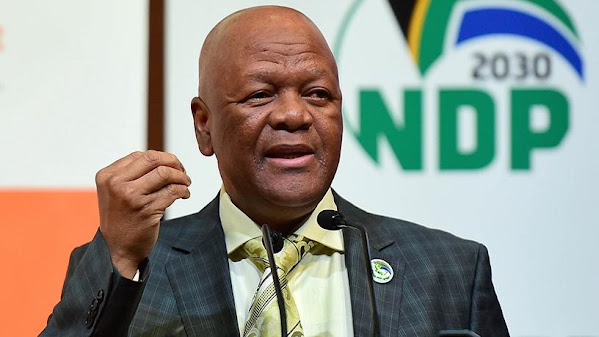 The National Union of Metalworkers of South Africa has also alleged Radebe is “conflicted given his proximity” to president Cyril Ramaphosa and businessman Patrice Motsepe.

There have also been allegations that both Radebe and Ramaphosa have vested personal interests in IPPs.

Ramaphosa is married to Dr Tshepo Motsepe and Radebe is married to Bridgette Motsepe, both of whom are sisters to Motsepe whose company African Rainbow Energy and Power is invested in IPP projects.

Radebe said he has no conflict of interest as the 27 IPP agreements which he signed in April emanated from a decision taken by his predecessor Tina Joemat-Petersen in 2016 and 2017.

The 27 projects will enable R56 billion of new investment in the economy over the next two to three years, which will contribute to growth in the economy supporting the already positive achievement of 3.1% Gross Domestic Product growth in the fourth quarter of 2017, he said.

South African entities such as Old Mutual, Red Cap, Phakwe, Pele Green, and many others, including the Central Energy Fund and the PIC, account for the majority of investment in the REIPPPP.

Renewable IPPs have created 38 701 job years for youth and women from the surrounding communities, said Radebe.   “This means 38 701 people have had a full-time job for one year,” he said.

The minister said local communities have benefited from over R1 billion spent by IPPs on education by upskilling teachers, providing extra teachers and classrooms, as well as awarding over 600 bursaries to students from disadvantaged communities.

In the health sector, the programme has provided health facilities while contributing to social development through feeding schemes, supporting old age homes and early childhood development.

Furthermore, it has helped to establish over 1 000 small enterprises, Radebe added.

With regards to the Black South African equity shareholding in the REIPP programme, it has progressively increased with each bidding round.

Radebe said the South African equity shareholding across Bid Window 1 to Bid Window 4 and Smalls Bid Windows 1 and 2 equates to 52% (R31.4 billion) of the total equity of R60.9 billion. This is substantially more than the 40% requirement.

Black South African companies such as Thebe, Kagiso/Tiso, Royal Bafokeng, H1, Halusani, Reatile and Phakwe, on average, have 33% of the projects that have reached financial close, he added.

Broad-based black participation is also secured across the value chain through community participation, including in engineering, procurement, construction, operations and maintenance contractors where black ownership amounts to 21%, he said.

With regards to the environment, Radebe said the REIPP programme’s contribution has meant that SA’s carbon emission is reduced by about 33.2 million tonnes carbon dioxide and water savings of 39.2 million kilolitres achieved by 31 December 2018.

“I acknowledge the programme is not perfect and can be improved in specific areas. However, we need to embrace that the programme has done so much for the country and has received international acknowledgement,” Radebe said.

The minister also said the tender process and the awarding of renewable energy IPP contracts have no room for favouritism.

He noted that security around the evaluation process mitigates the risks of corruption and interference.

The evaluation is conducted in a highly secured environment with video and voice recordings and by a multi-disciplinary team of independent external advisers in respect of legal, technical, financial and economic development disciplines, said Radebe.

The evaluation reports are thereafter reviewed by independent reviewers for consistency, he added.

“All bidders, evaluation teams, review teams as well as governance audit specialists involved are required to complete extensive declarations of conflicts of interest. Bidders are also required to declare that no collusion took place in the preparation of their bids. If found to have taken place the bids will be disqualified,” Radebe explained.

The final consideration and approval of the preferred bidders are conducted by the Bid Adjudication Committee of the Department of Energy.

Radebe said the usage of different types of energy supply, which includes renewable forms of power generation, is in line with the energy policy.

Since 2011, a series of competitive bid windows have been offered to the market under the Renewable Energy IPP procurement programme, the minister said.

To date, he added, 6 422MW has been procured from more than 100 IPPs through seven rounds and five bid windows (bid windows 1 to 4 plus bid window 3.5 which was only for concentrated solar PV with storage technology and two bid windows of the small renewable energy programme with a combined capacity of 200MW)