Tax money has been used since 1994 to buy land for the ANC's reform and expropriation plans.   Even better,  large amounts of compensation was paid out to the claimants who preferred money over the land.      The restitution process amounts to R21,6 billion and the redistribution process to R17,6 billion. With regard to restitution,… END_OF_DOCUMENT_TOKEN_TO_BE_REPLACED 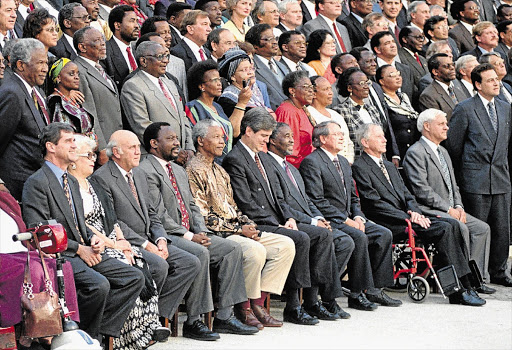 WHO WERE THE CONSTITIONAL WRITRS AND COMMITTEES OF THE "RAINBOW NATION" Who was involved during the Codesa negotiations and are still on the "green chairs" of George Soros today?  Soros finance the SA Parliament and the Constitution with other liberal /communist organisations or foreign governments.   There was no mandate given to FW de Klerk.… END_OF_DOCUMENT_TOKEN_TO_BE_REPLACED