Verskeie lande se minderhede soek hul eie regering en onafhanklike gebied, juis omrede hul onderdruk word, en soos in Suid-Afrika word daar teen alle blankes – Boere en Afrikaners gediskrimineer.   Sommige lande se minderheidsleiers wat selfbeskikking verlang, word vir etlike jare in tronke gegooi – wat ‘n vernedering en menseregteskending.
But most of us have to abide by rules, like in South Africa, the communist rules. You might be living in your parents’ house, for example, and have to follow the whole “my house, my rules” trope. Or you might live in a city or state with some laws you disagree with.   You as people want full independence. 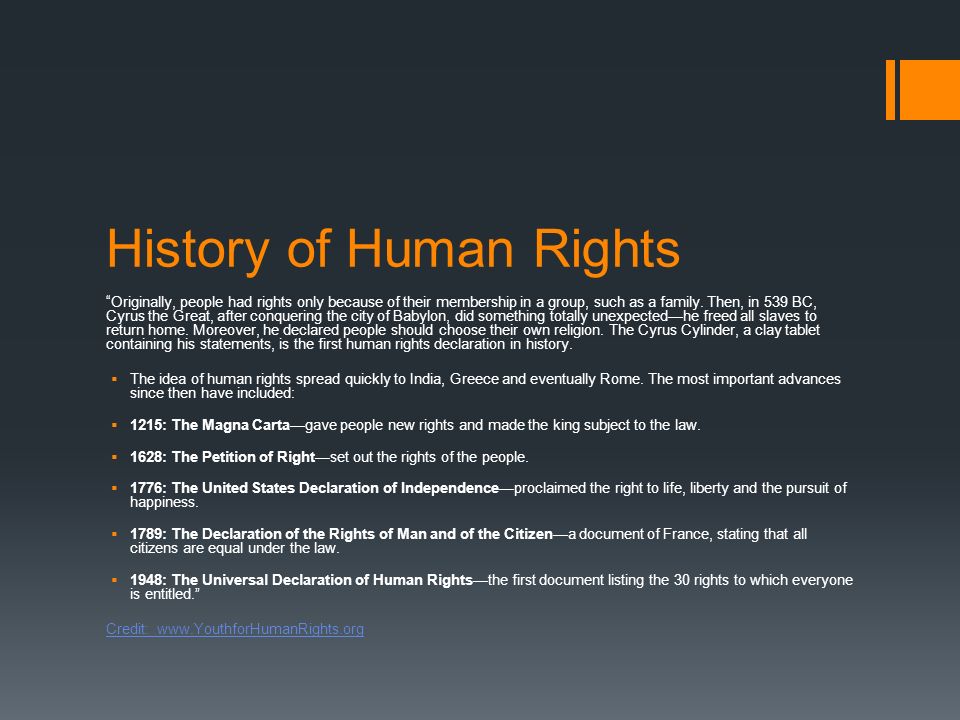 Unfortunately, becoming independent isn’t as easy as it sounds. A group of American states found that out the hard way during the Civil War. The United States itself had to go through the Revolutionary War to escape England’s clutches and then deal with the backlash again in 1812. Many other countries or would-be countries have gone through the same. If you want to be free and independent, it usually comes at a price.

One not mentioned, is the Boer and Afrikaner minority people of South Africa.

TO BECOME A COUNTRY – INTERNATIONAL RULES

The Montevideo Convention held in Uruguay in 1933 said that a region must meet four requirements to become a state; a permanent population, a defined territory, a government and the ability to form relations with other nation states.

Other conditions must be met, including clear evidence that a majority of people have freely chosen independence, that minorities are welcome and respected. A state must also be able to agree divorce terms mutually with the country it breaks away from.

Rare footage! This montage is from the second Anglo-Boer War which was fought between the British Empire and the Afrikaans-speaking Dutch settlers of two independent Boer republics, the South African Republic and the Orange Free State. It ended with the conversion of the Boer republics into British colonies.

Who were the Boers (not only farmers) – it is a well known Afrikaans word to farm, but not all the Boers from the Republics were farmers, they have other careers.

What If The Boers Had Defeated The British In The Second Boer War, Preserving The Independence Of The Orange Free State, And South African Republic Of Transvaal? Might We See These States Grow Closer To Germany As World War One Approached?

ONE COUNTRY – TWO SYSTEMS HAS BEEN FAILED
HONGKONG
Everyone seems to be liking these, so here is part 3! Fun With Flags will be back next week!
https://www.youtube.com/watch?v=DYSAHRGqXpg

HELL OF THE BRITISH EMPIRE TO DIFFERENT PEOPLES AND  NATIONS, AND REFER TO THE CONCENTRATION CAMPS AS WELL


This is not a new thing – there were always disputes and differences between peoples and it happened in our own past too.   Various peoples make one nation, but it is not normal that any nation will work out 100%.   South Africa have different peoples and they all differ from each other.  There were different British crownlands and Reserves under colonial era.  Refer to the Shepstone policy of London.

People that believe in their rights to rule themselves, are not part of the current communist government.   Why are the Khoi San and Black peoples still live in their own areas, like registered CPA’s or Trustland areas (all the old Homelands and Crownlands since 1854-1994).  The current communist government (with the various political parties), as well as the previously old regime, Broederbond aka Afrikanerbond, white liberals and classical liberals, already destroyed our Afrikaner and Boer peoples’ rights since 1994 , to live with no recognition as Afrikaner and Boer people in its own country, like Botswana do today.   All of them financed by OSF.SA or Cato Institute, as well as others.  Look into their websites and who is George Soros and the British CPA.     We as people has a right to rule ourselves in our own areas.   Refer to the Volkstaatraad’s articles and outcome/recommendations.  It was even confirmed and supported by the 1996 judges that confirm the constitution of South Africa.   We as Boers are stateless at this moment since the British Empire annexed our countries and mines 1900-1902.
Read more …
Statelessness : Violation of Human Rights and international crimes

Who are involved in this “agreement”?  This is totally wrong, same happened with the Boers in 1899-1905 as well in the Boer Republics – it was not part of the colonies of the British empire.
The “Arab Belt” is a term describing the confiscation process by the Syrian government of agricultural lands belonging to Kurds and Aghas (chieftains or village heads who were also landowners) in the province of Hasakah, and the distribution of the lands to Arabs arriving from the provinces of Aleppo and Raqqa to be settled in the Jazira region of north-east Syria, along the length of the border strip with Turkey.
Read more …
The Kurds and Arab belt

Writing when all of Ireland was under British rule, Karl Marx underlined that the fight for Irish independence could deal a heavy blow to the British capitalist order. Based on the understanding that the Irish struggle could act as a motor force to unlocking proletarian struggle in England, Marx stressed that the English proletariat must champion the cause of Irish self-determination as part of fighting for its own interests.
Read more …
Karl Marx : Irish self-determination

Tragically, 21 January also marks the day when the first shots were fired in what would become the War of Independence.
Read more …
IRELAND – 100 YEARS BACK

The Republic of Ireland, an EU member state, is the only country to share a land border with the UK.    Northern Ireland is the smallest nation in the UK, but the border with the Republic of Ireland could become one of the biggest parts of the Brexit negotiations. So why is the Irish border so important?
Read more …
Brexit : UK and Northern Island

Why must people go to jail if they want freedom to their people.   It is all people’s right to have human rights and freedom to rule themselves in their own areas.   Why is Russia, France, England thein independent, but if people of Catalonia and others want their freedom, they have been sentenced for years.   Where are their human rights now – it is a crime against humanity?

What is freedom  for people to have in life – is to enjoy life, all people have an international human right to rule themselves, independently.  International professors criticize Spain’s attitude towards Catalan self-determination.   Expert Liah Greenfeld claims it is not up to Spanish authorities to decide if people of Catalonia express wish to become a state.   People that want their freedom must make their own decisions.
Read more …
Catalonia : self-determination (full sovereignty)

Is this only a “spell”, to stop people, where people like in Katalonia want their freedom, they are not allowed to demonstrate, then the police are there and just take their leaders in.   They do not want Katalonia to have their freedom.  If you look at their history, they were a separate country on its own.  So why not?  Is this not only one cided acts, and what happen to the freedom of people to rule themselves?   Where is the United nations now?
Read more
Self-determination :  Katalonia

The Basques, which settled on the Franco-Spanish border, are a people who do not have a country that exists as an entity of its own. They are not recognized internationally, but they are unique people.   Their borders are not respected, and their culture is repressed. The history of the Basque Country is one of contentious protest against imposed conditions, unremitting effort in defense of its identity and a relentless search for a means of democratizing public life. They have not been able to practice or pursue the right to self-determination as stated in the international covenants on human rights .
Read more …
Basque Country – self-determination

The Basques, which settled on the Franco-Spanish border, are a people who do not have a country that exists as an entity of its own. They are not recognized internationally, but they are unique people.   Their borders are not respected, and their culture is repressed. The history of the Basque Country is one of contentious protest against imposed conditions, unremitting effort in defense of its identity and a relentless search for a means of democratizing public life. They have not been able to practice or pursue the right to self-determination as stated in the international covenants on human rights .
Read more
Crimea :  self-determination (Putin)

Venice  was once one of the most powerful players on the European stage. Between the end of the seventh century and 1797, it was the Republic of Venice (Repubblica di Venezia) – an economic powerhouse which forged a mercantile empire in the Adriatic and the eastern Mediterranean.
Read more …
Venice : Venesie :VENEZIA

Kenya do not like strangers in their area and country.    They  made the decision to build the wall dividing its Mandera border town and Somalia’s Beled Hawa border town in 2015 after multiple attacks by Al Shabaab on civilians and security officials.    Kenyan authorities are blaming external players with interests in oil, gas and fishing for the ongoing diplomatic spat with Somalia over the common border in the Indian Ocean.

From its powerbase in eastern Libya, Field Marshal Khalifa Haftar’s Libyan National Army (LNA) has gradually extended the territory under its control and the firepower at its disposal, to the point where it now challenges the authority of the country’s United Nations-recognised government in Tripoli.

Sustained bombardments of rockets and mortars pushed the insurgent caravan of pick-up trucks and cars back towards their Benghazi stronghold, in the biggest retreat in several days of inconclusive battles.   With the rebel vehicles strung out in small groups, occasional rockets were still hitting the desert near the road 20km from Brega.