The Basques, which settled on the Franco-Spanish border, are a people who do not have a country that exists as an entity of its own. They are not recognized internationally, but they are unique people.   Their borders are not respected, and their culture is repressed. The history of the Basque Country is one of contentious protest against imposed conditions, unremitting effort in defense of its identity and a relentless search for a means of democratizing public life. They have not been able to practice or pursue the right to self-determination as stated in the international covenants on human rights .

On Wednesday 6 December 1978, the people of Spain voted in a referendum to ratify the new Spanish Constitution. The vote marked the culmination of the Spanish transition to democracy after the death of General Francisco Franco.

The new constitution was approved by the Spanish parliament (Cortes Generales) on 31 October 1978, and by nearly 90 per cent of Spanish voters in the referendum on 6 December. It was sanctioned by King Juan Carlos on 27 December and came into effect on 29 December, the day it was published in the Official State Gazette (BOE).

The Basques showed overwhelmingly that they were not happy. If the guerilla war in the Basque country is to be brought to an end, there must be a government in Madrid with sufficient popular backing to give the province the devolution that it demands. Only fresh elections now can give the impetus to the necessary decisions on autonomy.

The Basque language, also known as Euskera, is Europe’s oldest living language.    It is unrelated to Spanish, French, or any other Romance language and belongs to no other known language family. It was the universal language of rural Basques until the end of the nineteenth century.

This video is all about the mysteries of Euskara – the Basque language of the Basque people in Europe.
https://www.youtube.com/watch?v=S1l9oDiSiEQ

Through centuries of storytelling, the Basques have evolved a rich and colorful mythology. In ancient times their land was supposed to have been peopled by a race of giants called jentillak. These giants lived side by side with human inhabitants until the coming of Christ. At that time they disappeared, leaving behind only one of their number named Olentzero . Today, Olentzero is a sort of folk icon or mascot who appears in the form of dolls and straw figures in processions, homes, and sometimes even churches. The laminak were female sprites, similar to leprechauns, who could wield either a helpful or harmful influence.

People in the rural regions of Basque country live in large, stone farm houses called baserriak (the plural of baserria ). They are often as high as three stories. Animals are kept on the ground floor, the family lives on the second floor, and hay and other crops are stored on the third. Baserriak may either be built at a distance from one another or located in clusters of about ten or twelve. In cities and towns, the Basques, like other Spanish urban dwellers, generally live in apartment buildings.

The Basques are a single people who live in two countries—  northwest Spain and southwest France.    The Basques may be the oldest ethnic group in Europe.   They are thought to have inhabited the southwestern corner of the continent since before Indo-European peoples came to the area approximately 5,000 years ago. Surviving invasions by the Romans, Visigoths, Arabs, French, and Spanish, they resisted domination by outsiders until the Middle Ages (AD 476–1450). At that time, much of their territory was seized by Spaniards, Gascons, and Catalans.

In 1516, the Basques on the Spanish side of the Pyrenees Mountains agreed to Castilian rule but won the right to keep a degree of self-government. By 1876, all Basque lands were divided between France and Spain.

During the regime of General Francisco Franco (1939–75) the Basque language and culture in the Spanish provinces were ruthlessly suppressed (prohibited). By the 1950s, resistance groups had formed, most notably the Euskadi Ta Askatasuna (ETA)—Basque Homeland and Liberty.    The ETA committed terrorist acts throughout the 1970s and 1980s, even after Spanish rule over the Basques was liberalized following Franco’s death in 1975.

Three of the four Spanish Basque provinces— Vizcaya, Guipúzcoa, and Navarra—were unified in 1980 as the Basque Autonomous Community.   Its inhabitants were granted limited autonomy, recognition of their language and culture, and control over their schools and police force.

However, the ETA—although representative of only a small minority—has continued to fight for full Basque independence. There has been little or no comparable activity among the French Basques, who have not been subjected to the same type of repression as those in Spain. However, separatist sympathizers on the French side have provided the ETA with material assistance and safe havens.

The earliest documented Basque surnames occur on Aquitanian inscriptions from the time of the Roman conquest of Hispania and Gallia Aquitania. For the most part these can be easily identified with modern or medieval Basque surnames, for example ENNECONIS (the personal name Eneko plus the Latin genitive ending -IS, stem augmented by -N) > Enekoitz.   Much more here:
https://www.revolvy.com/page/Basque-surnames
*

In short, we understand that revolutionaries should not view The Basque country as a place where only independence is struggled for, but where, as in the rest of the world, workers must fight for their rights, immigrants for their legality, women for their equality and the exploited in conjunction with these for their liberation from economic power, whether Spanish, Basque or whatever nationality.

Obviously, the critique of nationalism has to be first and foremost of Spanish nationalism. There is no other way to achieve unity of Basque and Spanish workers than on the basis of the right to self-determination.

We defend the right of peoples to self-determination because we do not give up the struggle for socialism, which is only possible if based on a free union of peoples. This thinking was based on three interconnected issues that are central to the Marxist theory of national self-determination and its dialectical relationship with proletarian internationalism.

The national liberation of the oppressed nation eliminates national divisions and antagonisms, and allows the working class of both countries to unite against their common enemy, capitalism.

The oppression of another nation helps to reinforce the ideological domain of the bourgeoisie over the working class of the oppressor nation. In the words of Lenin: “Every nation that oppresses another forges the chains that oppress herself.”

That the emancipation of the oppressed nation weakens the economic, political, ideological and military bases of the ruling classes in the oppressor nation, contributing to the revolutionary struggle of the working class in that country.

These three statements make it more than clear that the support for the right to self-determination of oppressed peoples is compatible with proletarian internationalism.

From our perspective we demand the recognition of all the democratic rights of political prisoners, including their immediate coming together and release. Also recognition of the democratic right of the Basques to decide their sovereignty in both the Spanish state as in the French and the practical realization of this right through a plebiscite where only Basques vote.

Our proposal for Basque workers is the creation of a federation of workers’ state based on free association of all the territories that so wish, and on the recognition of the right to self-determination as well as a state structure which makes it possible to develop an economic and social policy oriented to meeting the social needs of the majority of the population.

WHAT HAPPENED IN CATALONIA AS WELL?   MORE OR LESS THE SAME

For nearly four decades since the end of the Spanish Civil War in 1939 until the establishment of the Spanish Constitution in 1978, this region was a set of quite independently governed territories which suffered through considerable political turmoil.

The Constitution provided for a much greater degree of home rule and autonomy but was overshadowed by the rise of the Euskadi Ta Askatasuna (ETA) separatist group. While the ETA was formed in 1959, the period between 1968 – 2010 saw significant terrorist activity with nearly 1,000 political killings.

Since the permanent cease fire in 2011, the Basque Country has enjoyed relative stability and prosperity; GDP per capita is 33% greater than the rest of Spain and 40% above the average for the European Union.

Arguably the history of this region was most poignantly captured by Pablo Picasso’s Guernica masterpiece which famously portrayed the German bombing of that town in 1937.

With political stability came a concerted effort by the government to address what was increasingly becoming the next crisis – chronic disease for an aging population. Healthcare expenditures in Spain are approximately 10% of GDP and rising.

In 2010, the government issued the “Strategy to Tackle the Challenge of Chronicity in Basque Country,” and while a mouthful, this manifesto reflected an effort to create a more effective and responsive healthcare infrastructure. Echoing the region’s history of independence, what emerged was a centralized set of operating principles but with significant flexibility to empower frontline healthcare workers.

The Basque Health Service is called Osakidetza (established in 1984) and is the public entity that organizes the 13 integrated health organizations and employs the 12,400 providers in region. Central to these initiatives is to encourage much greater care coordination, as well as use of in-home health and telehealth services. Analysts have compared this system to the Canadian healthcare system and have observed that most Medicaid programs in the U.S. do not have these levels of innovation and autonomy.

There were two other fascinating observations from the Basque Country. To the east, the Catalonia region also struggled with self-determination and how best to govern within the borders of Spain.    While the Basque Country often suffered through violent unrest over those many decades, the Catalans were relatively content through that period, that is until the past few years when there has been significant separatist unrest. Recall the horrific Barcelona terrorist attacks in the summer 2017.

It was also quite surprising to learn that, while there are only 2.2 million residents in the Basque Country, the diaspora is vast. It is estimated that between 2.5 – 5.0 million Basques live in Chile alone. The largest cluster of Basques in the U.S. is in Boise, Idaho where the Basque Museum and Cultural Center is located. I never did learn why Boise. 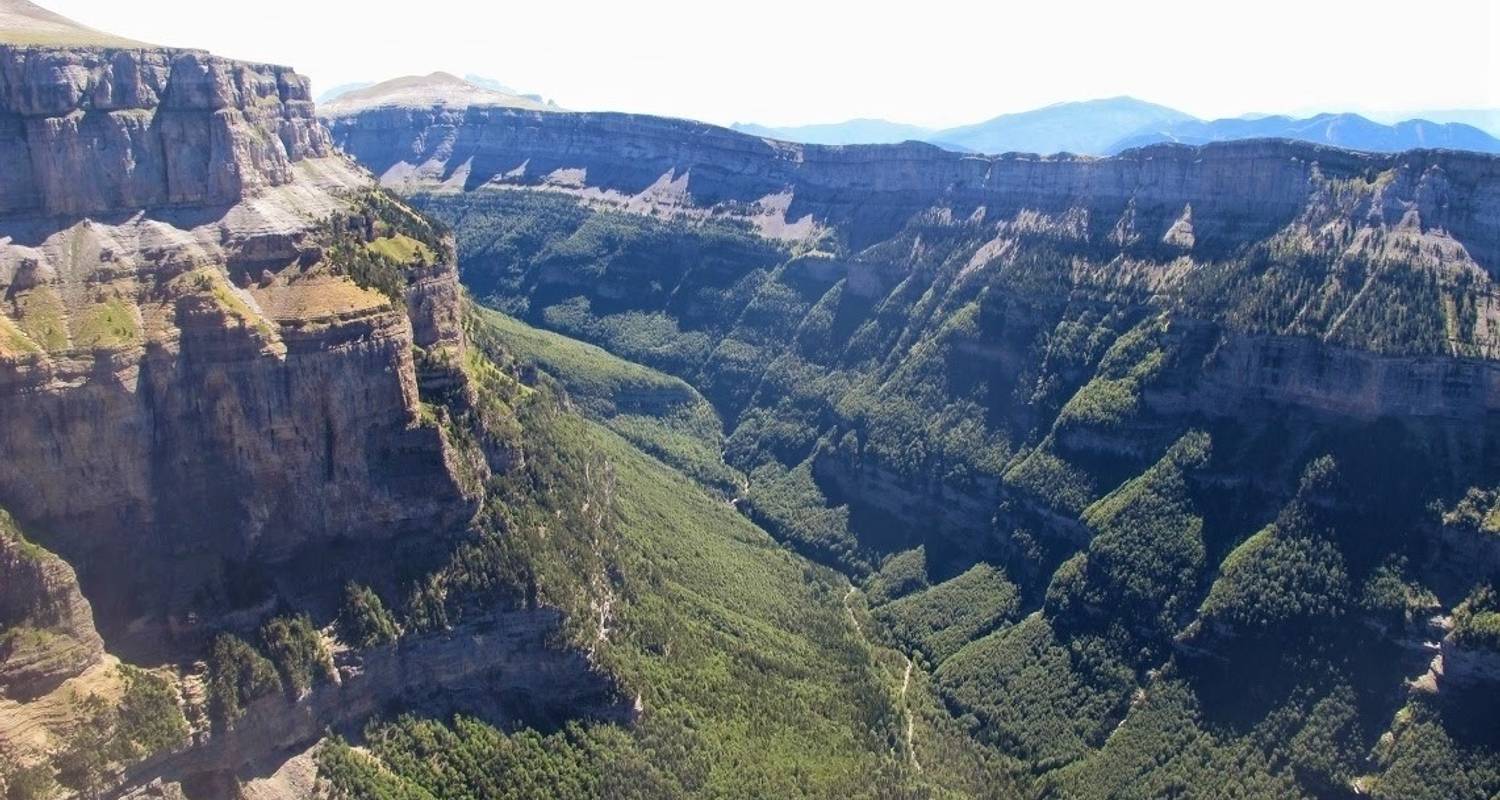