The current communist government (with the various political parties), as well as the previously old regime, Broederbond, white liberals and classical liberals, already destroyed our Afrikaner and Boer peoples’ rights since 1994 , to live with no recognition as Afrikaner and Boer people in its own country, like Botswana do today.   All of them financed by OSF.SA or Cato Institute, as well as others.  Look into their websites and who is George Soros and the British CPA.   They controlled all of us by their so-called “liberal – democratic” communist constitution and also various legislations like black empowerment and expropriation of properties that violated our human rights, also since 1994 – link and read the Hansards and legislations, it is open to all of us. 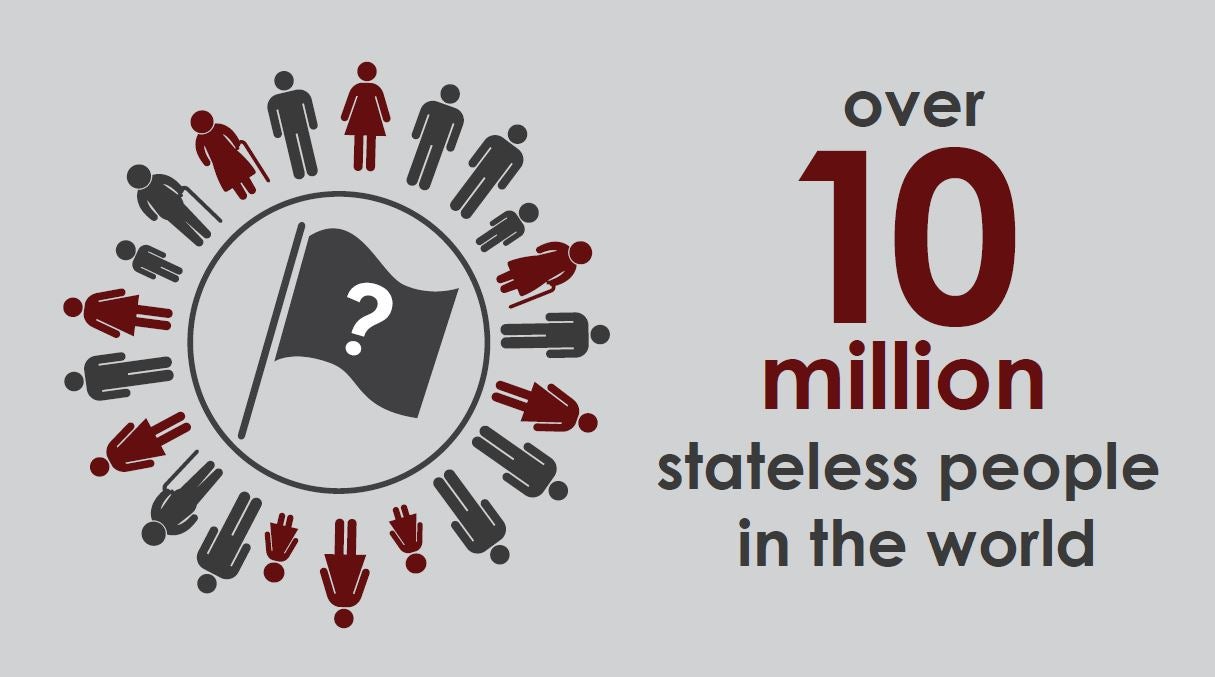 Who are Stateless?    – We, the Afrikaners and Boers
How is that possible?

The conservatives, the Boer  and Afrikaners are stateless – within the borders of the RSA as well as all our people outside our borders and on all continents – those that emigrated because of various reasons mentioned.

We as the Boers and Africans are not the only people who are stateless today – there are other peoples as well.   Liberal whites supported the constitution since Kodesa and Dakar, in parliament as well, with various racist laws in place that totally violate our rights for 25 years plus.

We as a people have an international right to have our freedom back – we do not have to be stateless. All of our people emigrated  into other countries are also stateless like us.

We also don’t have to be exiles in other countries to get a plate of food on the table or to be safer than here.   We as people do not need to spend millions of rand to emigrate to be stateless, it is expensive and where do that money go?.   Every country have their own rules – you as the strangers have to leave your people behind and your identity at “home” and accept theirs.

Boers and Afrikaners already have different areas that the British empire took away from us during the Anglo Boer wars 1900.   They created the hundreds of concentration camps and our great parents were killed in that hell camps, with lack of food, medication and the burning down of our houses and food.

We did not go to the British island and annexed their countries for us,  they came here in their hundreds of thousands to make war, also to other ethnic peoples.

And today war is still ongoing – we are all sick and tired of black economic empowerment, expropriation and discrimination against us, as well as our other people and loved ones who have had to relocate in their hundreds of thousands elsewhere to get away from crime, fear, rape, assaults, murders and racism.

In South Africa, black economic empowerment (B-BBEE), affirmative actions (AA) and expropriation of land are discrimination against the Boer and Afrikaner people.

To be stateless.  Inside and outside.      To emigrate to any country will put an extra burden to all of us,  extra financial costs,  expenditures to our people and that is also a human right violation to ALL of us.

We are stateless today because of the British Empire.  If the British did not take our independent countries away, we were still be there in the independent Boer republics or other areas in the Cape and was emigration unnecessary with all the financial implications.

The investigations that the ANC and previous government agreed to was established in 1994 and an Accord was signed.   So, why did they agreed to ? just to give money away, what about our freedom and independence?

The Volkstaat Council already have investigated our situation,  with international representatives from different countries involved in the matter.  In 1994, about 37.5% of our population supported this self-determination and “volkstaat” ideas and investigations.   This recommendations are still outstanding.

The definition of a stateless person is, according to a treaty of the united nations, regarded as persons (or people) who are not regarded as a citizen by a state under its law.

How many times since 1994 has legislation been implemented to not only violate our human rights to the ground level, but to leave it completely stateless with the government’s black empowerment, affirmative actions and especially expropriation of businesses, land and all other assets so that everyone of us fleeing “out of the country” for a refuge to other countries or otherwise unable to afford it financially and then trying to live stateless, identityless, cultureless under another “mixed culture” just to make a living in squatter kamps.

All our people who are scattered across other continents and who have sought refuge elsewhere in the country, are sitting stateless and identityless, where the roots of the people in South Africa result in a national burial.

These people (Boers and Africans) have become refugees since the ANC took over the country and the rest of us are still being persecuted under black empowerment, affirmative action and expropriation so that the elite blacks in the country can own everything with B-BBEE and AA.    Hate speech is part of the ANC – EFF and DA leaders and their songs to kill us
*
AFRIKANERS AND BOERS, WE HAVE HUMAN RIGHTS TO HAVE A STATE TO RULE OURSELVES

What are the causes of statelessness?

Gaps in nationality laws are a major cause of statelessness. Every country has lawswhich establish under what circumstances someone acquires nationality or can have it withdrawn. If these laws are not carefully written and correctly applied, some people can be excluded and left stateless. An example is children who are of unknown parentage in a country where nationality is acquired based on descent from a national. Fortunately, most nationality laws recognize them as nationals of the state in which they are found.

In many cases, specific groups can be left without a nationality as a result and, even where new countries allow nationality for all, ethnic, racial and religious minorities frequently have trouble proving their link to the country.

In countries where nationality is only acquired by descent from a national, statelessness will be passed on to the next generation.

Statelessness can also be caused by loss or deprivation of nationality. In some countries, citizens can lose their nationality simply from having lived outside their country for a long period of time.

States can also deprive citizens of their nationality through changes in law that leave whole populations stateless, using discriminatory criteria like ethnicity or race.

Another factor that can make matters complicated is when people move from the countries where they were born.

A child born in a foreign country can risk becoming stateless if that country does not permit nationality based on birth alone and if the country of origin does not allow a parent to pass on nationality through family ties.

Another important reason is the emergence of new states and changes in borders.

The World bank stated in 2015 about Statelessness that it was a systemic challenge affecting over 10 million people in the world, with millions of children placed in vulnerable situations. Experts also note that the statistics on the number of stateless persons have to be revised to account for the intensified cross-border migration and massive refugee influx.

In the last couple of years alone, some fifty thousand Syrian refugee children have been born abroad and over 70 per cent of them have not been registered at birth, making it almost impossible for them to prove their citizenship later on. The issue is of growing concern. Development agencies worry that in countries hosting the 20 largest stateless populations, at least 70,000 stateless children are born each year. What sense and, more importantly, proof of identity will they have?

During the Kodesa negotiations, the areas of 10 Homelands were transferred to the current government in 1994.    Ingonyama Trust was negotiated during this period of time.   After 1994, landclaims followed and some are and were part of this “homeland” areas.

That is why there are so many “landclaims” and 8840 traditional leaders.  All lanclaims fall under CPA legislation and that give only communal rights to those who live there, while the CPA leaders are the Trustees.  Very same happens with Ingonyama Trustland – the Zulu king is only the Trustee.   All those CPA’s are only for certain ethnic groups of people and only them can benefit from that whole system.   Land do not belong to any white person.

The Transvaal was annexed by Britain in 1900, but guerrilla fighting continued. The Treaty of Vereeniging (1902) ended the war and made the Transvaal (as well as the Orange Free State) a crown colony of the British Empire.  During this time, there were already reserve or british crownland in place.   Segregation was created in 1854 by the traditional leaders and Lord Shepstone (policy) in London.  The great media and other propaganda lies told against apartheid countermanded:   In 1988, a German book (The lie of apartheid and other true stories from Southern Africa) reported how benevolent the “White Giant of Africa’ actually had been under apartheid.
‘Apartheid’ > 1854

The Kurds are an ancient and noble people who are now the primary “boots on the ground” against ISIS in the Middle East. They are 35 million strong worldwide, the largest people group on earth without their own country. In this stirring talk, Stephen Mansfield tells the story of the Kurds and does so, surprisingly, through the lives of three women.

2018 – Was the anniversary of the Global Campaign to End Statelessness.

Statelessness and particularly the rights of children – we also have hundreds of thousands of children in squatter camps and also overseas on different continents – stateless.

This government and their agents forced us out of our own country like the British did with the Boer Wars.