Jacob Gedleyihlekisa Zuma, the former President of South Africa, has faced numerous legal issues before, during, and after his presidency, including rape charges, embezzlements, corruption, and fraud, to name a few.   The connection of the Gupta family is the most conspicuous of all the corruption charges levelled against him.  Corruption is ongoing for years ….. Is he alone? 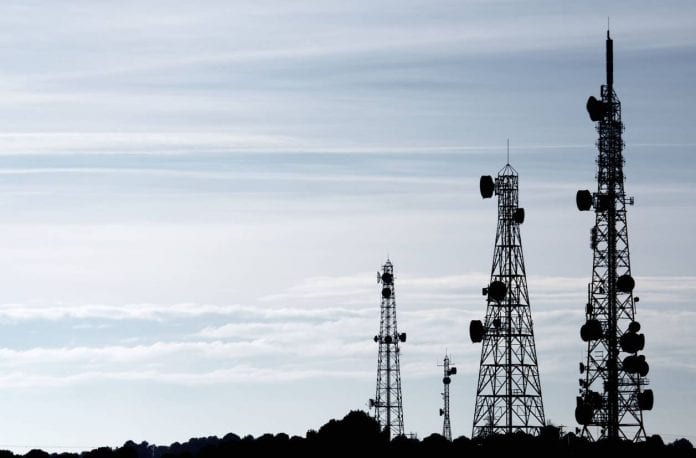 Various companies linked to the Gupta family — for long under global scrutiny over financial and political allegations — are now said to have received about 49 billion rand (approx. $3.5 billion) from various parastatal corporations in South Africa. A witness has claimed this at the Commission of Inquiry into State Capture, said a PTI report.

The Guptas, who hail from Saharanpur in Uttar Pradesh and migrated to South Africa in the early 1990s, control various companies there.

The money laundered via companies linked to the Guptas ultimately ended up in an account of Gateway Ltd, the family’s Dubai-based enterprise.

Notable among the firms that received money via allegedly irregular means is telecom operator Neotel, in which Tata Communications had held a majority stake earlier. The Tatas subsequently sold their stake to Liquid Telecom, in 2016. Neotel received about 5.6 billion rands from the rail network operator Transnet, said the report. The billing was for network services and CCTV installations by Neotel. Transnet is now a struggling enterprise, with vandals having destroyed several of its railway stations, said the PTI report.

In a similar transaction, Transnet paid about 42 billion rand to Regiments Capital, it is alleged. Regiments is run by Salim Essa, a close associate of the Gupta brothers. The railway company also paid 1 billion rand to Trillian, in which, again, Essa is a shareholder.

The PTI report further said that from 2013 to 2016, Combined Private Investigations (CPI) made payments every month to a front company of Gupta Enterprise. This company grew from 500,000 rand and to over 1 billion rand. The front companies include Chivita, Homix,  Forsure and Medjoul.

“The financial surveillance department of the South African Reserve Bank intervened in the matter after the discovery that CPI had made payments to Chivita, Homix and Forsure, which were incorrectly identified as payments made to (another company),” said Holden.

The Gupta brothers are now residing in Dubai, but have consistently denied any wrongdoing. The South African government has made several attempts to extradite them, but in vain.

This family, with their roots in Indian State Uttar Pradesh’s Saharanpur, migrated to South Africa in 1993. The prominent members of this family are the three brothers  —  Ajay, Atul, and Rajesh Gupta as well as Atul’s nephews Varun and US-based Ashish and Amol.

In 1993, Atul founded Sahara Computers, the family’s first business in South Africa.    Coal mines, computers, newspapers, and a media outlet are among the Gupta family’s companies in South Africa .    Based on JSE-listed holdings, Atul Gupta became the seventh-wealthiest person in South Africa in 2016, with an estimated net worth of R10.7 billion (US$773.47 million).  Bongi Ngema-Zuma, one of President Zuma’s wives, worked for the Gupta-controlled JIC Mining Services.   His daughter, Duduzile Zuma, worked as a director at Sahara Computers, the Guptas’ initial venture in South Africa.
Duduzane Zuma, his son, was a director of a few Gupta-owned enterprises before resigning in 2016 amid public outrage.

The Zumas and the Guptas, the two families became so closely linked that a joint term was coined for them – the “Zuptas”.

Guptagate: When a chartered plane transporting guests for the wedding of their sister’s daughter landed at the Waterkloof Air Base near Pretoria in 2013, the Gupta brothers caused a stir. Only visiting heads of state and diplomatic delegations are allowed to use the base.

Interpol red notice: The Gupta Brothers have been summoned by South African prosecutors after they were reportedly at the centre of a web of corruption during Zuma’s administration. Interpol has issued a red alert against two of the brothers, Rajesh and Atul, as well as their wives, according to the main investigator, Hermione Cronje.

What is a red notice?

According to Interpol, a red notice is a request to law enforcement worldwide to locate and provisionally arrest a person pending extradition, surrender, or similar legal action.

Their assets have been blocked by South African courts, and the brothers are claimed to be living in self-exile in the United Arab Emirates, while the rest of the family is in India.

The brothers became so enmeshed in national politics under Zuma that their families and associates were collectively known as the Zuptas. South Africa’s ruling party forced Zuma to quit under threat of impeachment in February 2018 after his links to the family led to a loss of electoral support.

A country falls into the hands of kleptocrats, a state is taken over. This happens again and again, all over the world. Including in South Africa, of all places, where the fight for democracy against a brutal apartheid regime was so hard-won.

For years, a small group of investigative journalists in South Africa had been on the trail of a gigantic corruption scandal. When they discovered signs of far-reaching corruption involving Jacob Zuma, then president of South Africa, a pernicious disinformation campaign was mounted against the integrity of the journalists.

Then one day in early 2017, the journalists unexpectedly received a hard drive containing thousands of photos, emails and videos – evidence that laid bare the way the South African state had been taken over by private individuals, with the help of politicians.

The so-called Gupta Leaks not only proved that the journalists had been right in their suspicions, but showed that the situation was much worse than they thought. Since taking office as president, Jacob Zuma had systematically awarded lucrative government contracts to three brothers from India, the Guptas.

Thanks to their good friend Zuma, members of the Gupta family were able to use the proceeds of an entire nation for their own gain, acquiring holdings in coal mines, media and IT companies, and even government positions.

The plundering of the state had been shamelessly supported by a group of elite international advisors. As criticism from the media grew louder, the British PR firm Bell Pottinger was hired. The journalists were defamed as agents of “white monopoly capital,” and the Guptas stylized as victims of a racist press. But after the publication of the Gupta Leaks, the graft stopped. The Zuma clan and the Guptas lost their power. When a Judicial Commission of Inquiry is finally ordered, Zuma himself testifies. His defense: it’s all lies and fake news. In interviews, investigative journalists express their concerns about the global drift toward an ever-increasing entanglement between business and government, and the polarization it causes.