Most of the ethnic Black and Khoisan/coloureds have their own identity, culture and traditional events, etc.  Most of them have their own culture houses as well. The Zulu king also have a yearly event, in 2016 they were 200 years old.  Meeste Swart en Khoisan / bruin gemeenskappe het hul eie identiteit, asook tradisonele en kultuurfeeste wat herdenk word vir hulself.   Daar is selfs kultuurhuise opgerig vir elkeen. 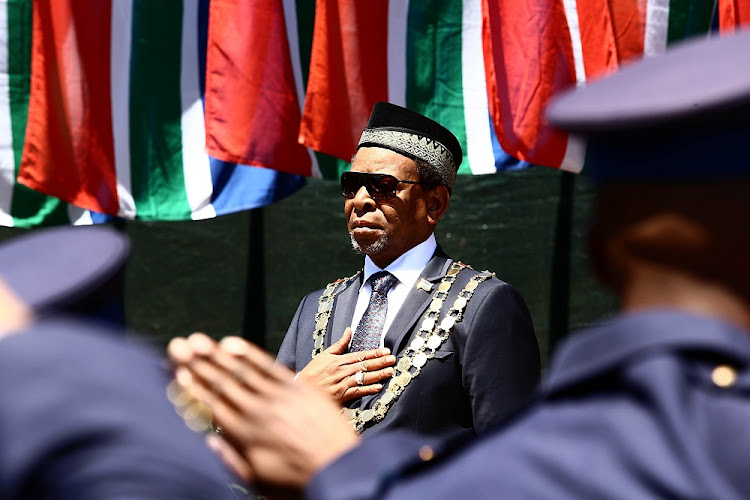 Ingonyama Trust willing to take land battle to The Hague

Zulu King Goodwill Zwelithini says he is willing to fight against those wanting to take land belonging to the Ingonyama Trust, of which he is the sole trustee.   The board of the Ingonyama Trust, which administers huge tracts of land in KwaZulu-Natal, say it will join the Zulu King Goodwill Zwelithini if he takes his fight for the land to local and international courts.

At the weekend the Zulu king told thousands of maidens at the annual reed dance in KwaNongoma, northern KwaZulu-Natal, that he was willing to fight against those wanting to take land belonging to the Ingonyama Trust, of which he is the sole trustee.   The Ingonyama Trust Act was signed on the eve of the 1994 elections to allow the IFP to partake in those polls. The act parcelled about 2.8-million hectares of land under the administration of Ingonyama Trust Board (ITB).

In August, the Zulu monarch and the Ingonyama Trust board jointly appointed a team of legal experts to look at ways in which they could challenge a report by a presidential expert advisory panel on land and agrarian reform.

The report recommended, among other things, that the Ingonyama Trust Act either be reviewed or repealed and land under it to be given to municipalities and people who live in it.
On Monday, judge Jerome Shongwe, the Ingonyama Trust board chair, said the court papers are ready but the Zulu king and the board wanted to give talks between themselves and the government a chance.   “The court papers are now ready and we believe that we have a strong case. If we fail in SA courts we are even ready to approach international courts such as the International Criminal Court [in The Hague, Netherlands] because we cannot allow this land to be expropriated without any compensation.
“We have been saying all along that these panels are acting like kangaroo courts because nobody has approached the Zulu king, nobody has approached the Ingonyama Trust or amakhosi (the tribal chiefs) before coming up with these reports. That, in itself, shows that people running these panels have ulterior motive or agenda,” he said.

The emotive Ingonyama Trust land issue has divided political parties across the spectrum.

The IFP is fully behind the Zulu king and the Ingonyama Trust board and say the status quo must remain.

DA KwaZulu-Natal leader Zwakele Mncwango said his party believes that the land under the trust must be given to the people, who must also be handed title deeds. He said this must be done in a manner that does not alienate the Zulu king or the traditional leadership.

“Our general view is that the Ingonyama Trust Land Act must not be abolished entirely but must be amended to ensure that individual land ownership becomes a reality in KwaZulu-Natal. Successful land reform does not require a constitutional amendment — what is needed is strong leadership and proper funding.“Individual land ownership, gives residents security of tenure and ability to create economic value through agricultural or commercial enterprise underwritten by enterprise finance from banks and micro lending institutions,” he said.

Xolani Dube, an independent political analyst, said the Zulu king was fighting tooth and nail to preserve the Ingonyama Trust simply because it is his cash cow.“He is doing for his own self-preservation. Remember that he derives financial benefits from the existence of the trust. The trust makes more than R94m per annum from taxes and the king is the sole trustee.“Clearly he has so much to lose if the trust was to be touched in one way or another. Remember that the king exists because of Ingonyama Trust and the land under it, which he presides over on behalf of his subjects. Without this land he has nothing. He will be an ordinary king without any influence,” Dube said.
https://www.businesslive.co.za/bd/national/2019-09-09-ingonyama-trust-willing-to-take-land-battle-to-the-hague/

Today there are 8840 traditional leaders – mostly on Trustland or landclaims that became registered CPA’s with their own leaderships.    They all different people and cultures/ ethnic groups of people or tribes.   It is not only Ingonyama Trust that have their own leader, but others too.
Tradisionele volke

Richtersveld area was also a land claim from the Khoi san people and that changed the property (ies) as a registered CPA (s).
Richtersveld – Diamonds

The current Zulu leader (2019) and (since 1816) also said so, they are a people on itself: Ingonyama Trust is only for the Zulu people.   There are different ethnic groups and believes/traditions.
Ooreenkomste – Agreements

The Zulu names are all written into the legislation as well.
Zulu people – Ingonyama Trustland

They all supported B-BBEE legislations against only the minority white people of South Africa as well.  They even say that their areas are only for them to live and benefit.   With names and surnames in it.  And then all of them said they are LANDLESS.
SA Parliament – land without compensation – traditional leaders