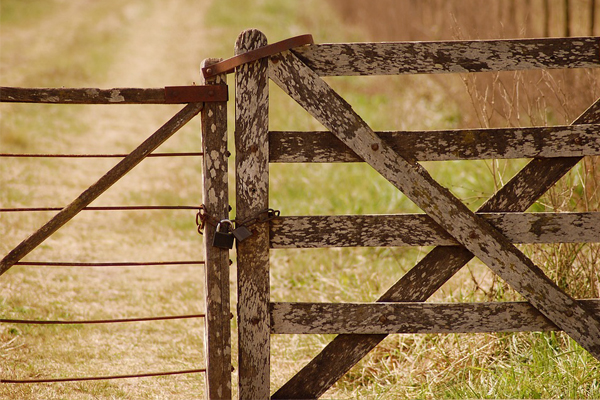 On 3 December 2018, around 14:00 members of Burgersdorp SAPS arrested two suspects after a farm attack / house robbery occurred at ALFALFA farm in the Burgersdorp district earlier during the day.

It is alleged that three suspects entered the house of Mr Jannie Terburg 81 year old around 11:00. They tied up the domestic worker and two garden workers in the bathroom and when the owner of the farm returned to his house with a farm worker from the veld they were met by the suspects who attacked him and tied him up in the passage. The farm worker was also taken to the bathroom.

They ransacked the house and took several items including a firearm and ammunition. They took off with the victims white Isuzu bakkie and fled the scene. Around 14:00 farmers in the area spotted the victims bakkie in the Burgersdorp vicinity and found it suspicious being driven by an unknown male being accompanied by two unknown passengers. They alerted the police while tracing vehicle.

A pistol and ammunition was recovered and a bag with a saw and other items was found in the vehicle. The other two suspects managed to run away.

During the afternoon members of the community alerted the police about a suspicious male requesting for assistance in the Tembisa area and noted that he was wounded. Police chased to the scene and arrested the second suspect.

The Cluster Commander Brig Trevor Mey commended the members of the community for their alertness and the quick response of the SAPS members.

A spate of farm attacks across South Africa has left rural residents living in fear, after five separate incidents were reported between Tuesday and Thursday morning.

Ian Cameron is the head of community safety for AfriForum. He has confirmed that the first attack took place in Honingnestkranspad – a small rural village in the heart of Gauteng – and the most recent occurred in Bela Bela, Limpopo.

No murders have been reported as of 8:30 on Thursday morning. A total of 62 farmers were killed in attacks last year, accounting for 0.3% of the entire murder rate of South Africa.

Farm attacks in South Africa: A bad week for the country

This glut of criminal activity follows another attack on a Burgersdorp farmer from earlier in the week. Jan Terburg had boiling water poured over his head by his attackers. The 81-year-old is still receiving treatment at a Bloemfontein medical facility.

Last week, a farmhouse in the Western Cape was a target for attackers, who also spray-painted political slogans on the front door of the Porterville property.

A married couple were beaten, held captive and doused with petrol before Tobie van Schalwyk was able to activate his car alarm with his keys, prompting the three masked assailants to flee. It was also reported that his wife Desiree was sexually assaulted by the gang.

Ian Cameron has confirmed there was a reported attack on a property in Limpopo, but the details are still sketchy. The AfriForum representative went on to blame the government for their “complicity” in these crimes.