Who is in charge of this person at Eskom – who is the supervisor and the section head and the fleet manager – who are responsible for the fleet of Eskom?    What are Eskom doing to stop the theft and officials that use their time to steal.  If they have time to steal, drive around with Eskom vehicles, it is impossible to work too.

Tuesday 21 January 2020: Two suspects were arrested for allegedly trying to sell 293 kg of Eskom copper cable to the value of R30 000 to a scrap metal dealer in Booysens, Johannesburg.  The two appeared at the Booysens Magistrate Court on Monday, 14 January 2020 and have been remanded in custody for further investigations.

The owner of the scrap metal dealership called the Booysens South African Police Service (SAPS) as he became suspicious that the copper the duo was allegedly trying to sell him could have been stolen given its value. The SAPS responded promptly and arrested the suspects who had the copper in their possession.

The copper, which is now with the police, was stolen from an Eskom office in the south of Johannesburg. “The suspects gained entry to our premises by cutting the fence and subsequently overpowered and attacked the security personnel who were on duty at the time, fortunately no injuries were sustained. We wish to applaud the scrap metal dealership for his courage of acting against infrastructure theft,” said Motlhabane Ramashi, the Senior Manager for Maintenance and Operations in Gauteng.

Copper theft costs the economy between R5 and R7 billion a year and Eskom spends about R2 billion a year replacing stolen cables. Eskom continues to heighten security in hot spot areas across Gauteng as cable theft may lead to prolonged power outages and compromise the quality of supply, which affects businesses, essential services as well as the day-to-day lives of the society.   “We urge all those who may be aware of infrastructure theft to play a role in the fight against such serious crimes by sending their anonymous tip-offs to Crime Line on 32211.  We can all make a difference by preventing perpetrators of infrastructure and electricity theft from stealing by reporting them”, Ramashi concluded.

Sabotage: SOE stung by one of their own

Cable theft is not something Eskom take lightly. They estimate that it costs the company between R5 billion to R7 billion a year, and they are currently spending R2 billion annually to replace missing wiring. The deficit has the potential to severely hamper operations – and the group have vowed to clamp down on the employees found to be behaving badly.

An Eskom employee has been nailed for stealing about R280 000 worth of copper cables from the electricity firm. The worker in question faces an internal disciplinary hearing that is likely to lead to a sacking. A scrap metal dealer is also implicated in the sabotage scandal.

For the last few months, officials at Eskom have listed “sabotage” as one of the main factors of their faulty energy output. Cyril Ramaphosa publicly blamed these inside-criminals for committing illegal acts that undermined South Africa’s energy grid. Following a SAPS investigation, the rogue employee was detained by officers.

An Eskom truck was tailed leaving a depot in east Johannesburg. It was seen parking up at a scrap metal dealership some distance away. The driver began unloading the copper cables, and that’s when the cops pounced. Almost 270m of cabling was found in his possession.

“We are saddened that one of our own is implicated in the alleged theft. However, we remain committed to rooting out any wrongdoings that undermine our ability to deliver services and be efficient in our operations.

“The investigation was informed by our commitment to resource optimisation, where we ensure everything is put to proper use. We will heighten efforts to curb all material losses and all criminal acts by our employees.” 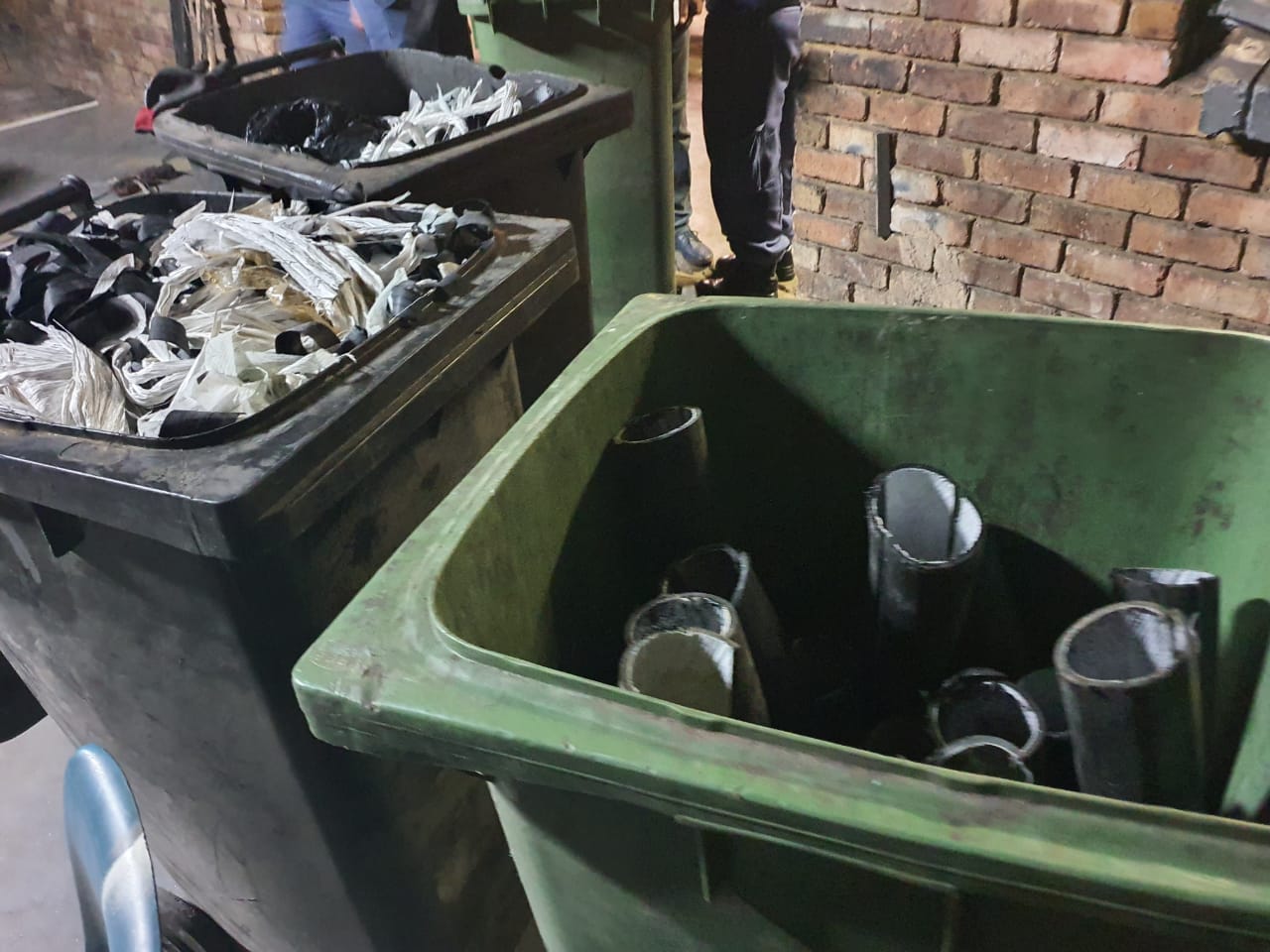 A scrap metal dealership owner have been arrested for alleged cable theft.

“Our employee was tracked to a scrap metal dealership in the east of Johannesburg where he delivered 108 meters and 160 meters (11 kV and 22 kV respectively) of copper estimated to the value of R280,000, using an Eskom truck on 21 January 2020. The matter was immediately reported to the police who subsequently made arrests”, Ramashi said in a statement.

What do you expect? The bosses of @Eskom_SA have been stealing for years…. only difference is the employees at the bottom get arrested while the boss gets fired but keeps the 200m he stole. Arrest the board as well!!!!!

July 2019 – A former Eskom employee in Mpumalanga has been handed a 12-year jail term for stealing copper cable worth R1.2 million.   Ziphozonke Ntuli was convicted on two counts of theft in the Middleburg Regional Court.   He was arrested after investigations by the Hawks linked him to two incidents of theft.   Hawks spokesperson Dineo Sekgotodi said: “Ntuli has been sentenced to 12 years imprisonment for each count and the sentence has been ordered to run concurrently.”

https://ewn.co.za/2019/07/19/former-eskom-employee-sentenced-to-12-years-for-cable-theft
*
Friday, 13 July 2018:  R5 million worth of stolen Eskom infrastructure, including aluminium and copper cables, have been recovered in Muldersdrift, Johannesburg and one suspect has been arrested for dealing and being in possession of stolen property.   The arrest took place after the power utility’s investigation team, in collaboration with the South African Police Services (SAPS), embarked on a special operation that led them to Muldersdrift where the stolen Eskom aluminium and copper cables were recovered.    Eskom’s Divisional Executive for Security, General Tebogo Rakau said the monetary value of the material recovered is a cause for concern as it is indicative of organised, syndicate-driven criminal activity. However, Rakau warned that the serious scourge of infrastructure theft affecting not only Eskom but other state-owned entities such as Transnet and PRASA as well as municipalities must end.  To achieve this, Eskom and the SAPS have intensified the fight against this crime at a national level and more interventions are being planned and will be rolled out in the near future.

According to South African Police Services, copper cables are mainly stolen from the mines, Transnet, Telkom, Eskom and municipalities. The South African Chamber of Commerce and Industry estimate that cable theft cost the economy between R5 billion and R7 billion per year.

Why do people steal cables?

Cable theft is thought to be done by people who see this as making quick money. There are also syndicates who operate in conjunction with unscrupulous scrap yard dealers.

The effect of cable theft

Cable theft has a big impact on crucial services like public transport, electricity, telephone and internet. When cables are stolen from the rail system, trains are delayed and cancelled because the infrastructure is badly damaged.

•    started offering money for information about cable theft and other vandalism

The City of Cape Town, the Passenger Rail Agency of South Africa (PRASA), and the Western Cape Government formed a dedicated enforcement unit to focus on the safety and security of Metrorail commuters and infrastructure. The Rail Enforcement Unit  consists of 100 officers and were deployed on 28 October 2018.

The stealing of copper cables, overhead lines, transformers and conductors cost Eskom approximately R2 billion per year. Illegal electricity connections and cable theft lead to power outages which lead to an increase in crime when properties are vulnerable. The illegal connections of electricity can lead to household fires and accidental death by electrocution.

To safeguard against cable theft, Eskom has:

The law and cable theft

The Criminal Matters Amendment Act, regulates bail and impose minimum offences for essential infrastructure-related offences. This Act came into effect in 2018 and the following are the recommended sentencing for cable theft: 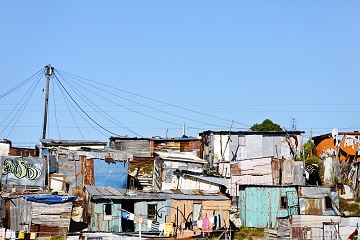 What you can do

As responsible citizens, we should report any criminal activity in our communities.

An investigation during March 2015 was carried out by the city of Johannesburg uncovered an electricity rigging syndicate that has cost the council around R22-million.   Businesses working together with corrupt council workers have been manipulating accounts so that they pay nothing, while the public forks out more. Is it the tip of the iceberg?
Illegal connections and syndicates – Eskom