Russia and Turkey launch joint patrols in northeastern Syria.    Maria Khodynskaya-Golenishcheva, a senior adviser to the Russian Foreign Ministry, recalled that the negotiated ceasefire with the United States in eastern Aleppo in September 2016 lasted for just two weeks, because both powers had ignored regional players. 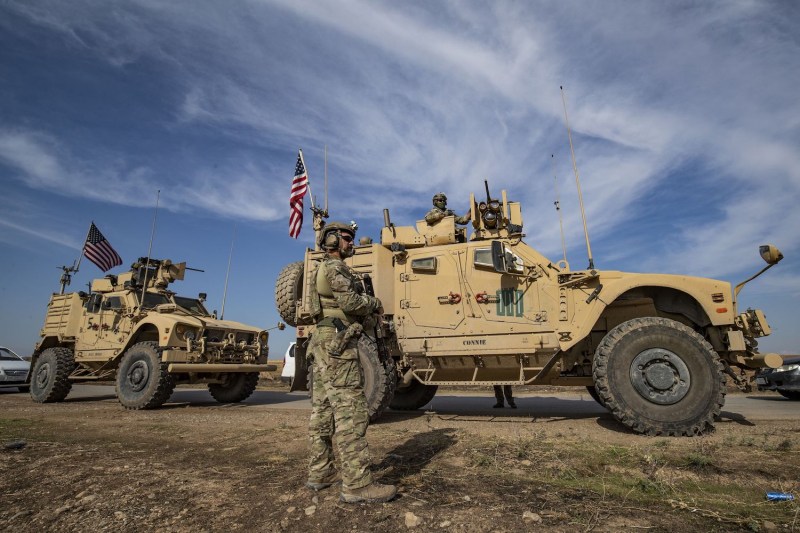 Fighting has intensified near the northeast Syrian town Tal Tamr as the Syrian army and SDF fighters fought with opposition forces determined to expand their influence in the safe zone. Turkey and Russia plan to start joint patrols of the area on Friday. Al Jazeera’s Hashem Ahelbarra reports from Sanliurfa on the Turkey-Syria border.

Did the Syrian people also patrol 30 kms of the Turkish people – no.  So why is Turkey and Russia then both in Syria?

Turkish and Russian troops have concluded their first joint ground patrols in northeast Syria. It’s part of an agreement between the two countries to clear the YPG from the Syrian side of Turkey’s southern border. It follows Turkey’s Peace Spring Operation last month. On Friday, Turkish armoured vehicles drove across the border to join their Russian counterparts. Turkey’s Defence Ministry says its forces were involved in patrolling the area of the Syrian town of Darbasiyah. Sara Firth reports.

*Turkey and Russia have launched joint ground patrols in northeastern Syria. The operation is part of a deal struck by the countries to end Turkey’s offensive against Kurdish militias in the border region and is conducted to remove the Kurdish fighters from the area. The patrols will begin within a 10 kilometer zone along the border. The step cements the power shift in Syria one month after President Trump withdrew US forces from the region.

Syria not happy with Turkey’s involvement in Syria and the Kurds
Turkish and Russian troops are expected to start joint patrols in the so-called “safe zone” in northeast Syria. Syrian President Bashar al-Assad has warned Turkey, and rebels in Idlib, that all-out war would be the only option if political solutions fail. Al Jazeera’s Hashem Ahelbarra reports live from Sanliurfa on the Turkey-Syria border.

When the Russians reached out to Turkey and had an agreement, it was implemented quickly, she added, saying that “because the Turkish side had a good link and influence on the groups on the ground and they implemented it. The U.S. lacked such leverage.”

Khodynskaya-Golenischeva, who has also worked at the Permanent Mission of Russia at the U.N. Office in Geneva, said the Aleppo issue sparked the search for better negotiation formats to resolve the Syria conflict.

She said even the 20-member International Syria Support Group (ISSG) co-chaired by the U.S. and Russian foreign ministers could not solve the Aleppo or the Idlib problem.

“Because we realized that the group was not focused, and we had too many people around the table and each one wanted to talk. We realized that we did not need talks, but action. And that is what mediation is about,” the diplomat added.

The Russian diplomat, currently serving in the Department of Strategic Planning in the Foreign Ministry, said after contacts with Turkey proved worthy in Aleppo, Moscow continued engagements and both sides agreed on a ceasefire in 2017.

“We, on our part, convinced Damascus to observe a cease-fire and Turkey played its part, convincing opposition groups to hold fire. In the north, it was easy, but Turkey managed to do it even in the south, which was difficult,” said Khodynskaya-Golenischeva.

She pointed out that Russia and Turkey, so far, have succeeded to create de-escalation zones in Idlib and parts of neighboring Latakia, Aleppo and Hama provinces; in the northern part of Homs province; in the Damascus neighborhood of Eastern Ghouta; in parts of southern Deraa and Quneitra provinces bordering Jordan.

“Main idea was to freeze the situation as it was, to stop fighting. Even if some big area was under the control of armed opposition groups. Believe me, since I was part of process, it was very difficult to convince Damascus. But we managed.”

The diplomat also revealed that Russia had also launched a parallel process to get in touch with opposition groups directly and to other countries in the region like Egypt, Saudi Arabia, Qatar and the UAE. But, she said, overall it was Turkey that helped Russia and it was because of these efforts that the Syrian Constitutional Committee – made up of members of the opposition, civil society, and regime – began operating in Geneva recently.

When asked if Russia emerged as a main gainer in the process after U.S. President Donald Trump decided to withdraw troops from Syria, “It is not about gaining, it is about bringing peace and settling the issue,” she said.

In 2015 we intervened in the conflict. We came there because of our national interest. Many of our citizens joined fighting in Syria, which was a problem for us. We had to protect ourselves from an impending disaster. We tried and were part of almost every process to seek peace and stability in the region. After testing all the doors, we proposed dialogue with Turkey,” she added.