South African Airways, Denel and Eskom are not the only state entities in a fiscal mess.   The Road Accident Fund (RAF) brought an urgent application in the Pretoria High Court during December 2019 against the Sheriff of Centurion East, Absa Bank and 346 claimants that have in the last six weeks sent the sheriff to attach all the monies in its eight Absa bank accounts.   If you look at those Fund workers, the management team and the board members, all receive massive salaries, like with Eskom and the other SOE’s.    And everytime the “government” funded, it came from the tax payers. 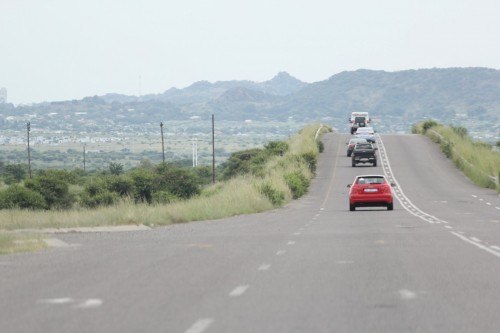 The RAF is hopelessly insolvent.

The Auditor-General (AG) notes that the accumulated deficit of R262.2 billion, together with the excess of liabilities over assets of R262.1 billion, indicates that there is a material uncertainty relating to whether the RAF is a going concern.

The RAF is however incapable of being liquidated, and can only be wound up through an act of parliament.

This will not absolve it from its debts. The total claims liabilities amount to R271.9 billion.

Other notable concerns were:

Despite leading the company into an unsustainable loss position, the board and executives received performance bonuses for the year.

The government cannot continue to hike the fuel price to bail out the insolvent RAF.

The latest fuel price is R15.79 per litre. Fuel price increases have a devastating impact on the poor, leading to higher transport and food costs.

The RAF as a concept is not viable. It is time to bring in the expert insurance companies and plot the way forward.

The application is in two parts:

The founding affidavit deposed to by the acting CEO of the RAF, Collins Letsoalo, paints a stark picture of how hopelessly insolvent the RAF really is and suggests that, failing a government bailout and a radical plan of action, the black hole will simply deepen.

The RAF is a social security scheme to compensate the victims of road accidents.

Letsoalo: “The scheme can only work for all of us if victims of road accidents are treated equally to the extent that it is possible when it comes to dates on which they are paid their compensation. [The RAF] is liable to compensate any person injured in a motor vehicle accident, where the driver of the vehicle was negligent. With this low threshold for liability, the RAF attracts liability every day.”

Letsoalo told the court that the RAF does not generate its own funding but is reliant on the Road Accident Fund levy (currently R1.93 per litre of petrol or diesel).

The RAF in its current form will always be insolvent

He proceeds to detail that settled claims accrue at an average of R4.3 billion a month and the RAF’s sole income – from the fuel levy – is R3.5 billion.

Letsoalo: “It is clear that the RAF is by law burdened with extraordinary liability which exceeds the money allocated to it by law. This makes it impossible for the RAF to satisfy all judgment debts granted against it. At the date of this affidavit [November 28], the RAF owes its claims creditors not less than R17 billion.” (Trade creditors, payroll and operational costs are not even mentioned in the papers.)

RAF legislation indemnifies the wrongdoer. In other words, a claimant may by operation of law not claim from the driver whose negligent or reckless driving caused their personal injuries. It may only be claimed from the RAF. In first world countries every vehicle has to be insured and claims for personal injury are made against the driver or owner of the vehicle and the insurer of the vehicle stands in the shoes of the wrongdoers and pays the claim.

In the court papers, under this heading, Letsoalo sets out that the RAF has decided on a five-point plan:

Attorneys are part of the RAF’s problem

“Even if the applicant were to pay all the amount it receives by way of the RAF [fuel] levy to satisfy judgment debts against it, it would still not be enough.

“This is the reality of the social security scheme operated by the applicant.”

Letosalo stated in court papers that “the RAF does eventually pay all judgment debts against it” and that no purpose was served by attaching bank accounts as there was already a queue of claims creditors and that by doing so “it only serves to cripple the RAF’s operations and ability to ensure that there is an equitable order of paying judgment debts”.

He goes on to inform the court that social security justice would be stymied by the few attorneys whose clients attach the RAF’s bank accounts.

Writs of execution cause embarrassment

The RAF’s head office in Pretoria is in possession of over 1 000 writs (some for multiple claims), and some are for “millions of Rand”.

Not only does the sheriff beat a trail to the RAF’s HQ every day with more writs but other sheriffs serve writs on the RAF’s regional offices on a daily basis.

Letsoalo says the RAF’s operations are brought to a standstill and he makes mention of “the embarrassment which is caused not only to the RAF but also to the Government of the Republic of South Africa which designed the social security scheme operated by the RAF”.

With the holiday season approaching, drivers not realising that a driver’s licence is a privilege and not a right, the lack of effective traffic policing, and an increasing road accident rate, it is simply a matter of time before the RAF is brought to its knees.

The Road Accident Fund (RAF) is hopelessly insolvent.    For sure, that happened not overnight.   The fund was set up to pay compensation to victims of road accidents and provides support in respect of future treatment and rehabilitation.  Dependent on fuel levies to meet its ever-increasing liabilities, and with an accumulated deficit R262.2 billion in 2019, the RAF is deep in the red.

Board chair Dr Matsontso Mathebula, in his report to the 2019 integrated annual report, remarked that the RAF “has continued on its journey to be a key player in South Africa’s social security system …”, and notes that challenges remain in the “legislative and financial environments”.

Acting CEO Lindelwa Xingwana-Jabavu reported that: “Close on 2 100 fraudulent claims to the value of R1.45 billion were identified before payments were made and nine people were arrested for fraud against the RAF.”

She added that “the increase of 30c/l in RAF Fuel Levy” that came into effect on April 1 last year saw total revenue increase by 15.8% to R43.2 billion.

The percentage of RAF fuel levy income that was used to pay claims rose to 97%  (from 93%).