President Cyril Ramaphosa says Finance Minister Tito Mboweni will announce government measures to assist Eskom to stabilise its finances. Ramaphosa was speaking in Parliament in his reply session to the debate on his State of the Nation Address. He announced a Special Cabinet Committee to oversee the operations at Eskom and reassured Mp’s that the unbundling of the power utility is in no way a step towards privatisation. Mboweni is due to deliver his budget speech next Wednesday. The day after Parliament will have a special sitting for a debate on the troubles at the power utility amidst extreme loadshedding.

Cabinet has issued a statement reiterating the enormous importance of securing South Africa’s energy supply.   Cabinet has explained that Public Enterprises Minister Pravin Gordhan briefed it on the latest round of blackouts when it met on Wednesday, acknowledging the disruptions have had an immeasurable impact on South African households and the economy.

“The strategic unbundling of Eskom into three separate wholly state-owned entities – generation, transmission and distribution – is required for the long-term sustainability of the power utility and the country,” the statement said.

“The strategic unbundling of Eskom into three separate wholly state-owned entities – generation, transmission and distribution – is required for the long-term sustainability of the power utility and the country,” the statement said.

“This committee will deal with matters of Eskom daily and deliver daily reports to the President on what actions need to be taken to secure energy supply. The team is expected to meet with all stakeholders to help restore stability to the grid and chart a way forward whilst ensuring that there is minimal economic cost to the consumer and taxpayers.”

Mazzone explained why she requested the debate: “We feel that it is essential for South Africans to understand the extent of this crisis; to hear plans that are being put on the table and certainly for uncertainties or any misunderstandings to be cleared up. We have seen over the past two days the Department of Public Enterprises flip-flopping around Eskom.”

At the same time, the DA is pushing for the privatisation of Eskom and wants labour to support the move.   The DA’s position is in contrast to ANC-aligned unions like the National Union of Mineworkers, which has threatened to go on strike should the power utility be privatised.

In his State of the Nation Address last week, Ramaphosa announced the decision to unbundle Eskom into three separate units. While the president made no mention of privatisation, opposition parties and unions say unbundling is just a precursor to privatisation.   DA leader Mmusi Maimane says unions have to be brought on board.

“We got to ensure that we take the fight strongly to labour, we cannot be held to ransom by unions who will insist that they will go on strike should there be any move to privatise Eskom. That view is archaic, dangerous and will lead fundamentally to job loses.” 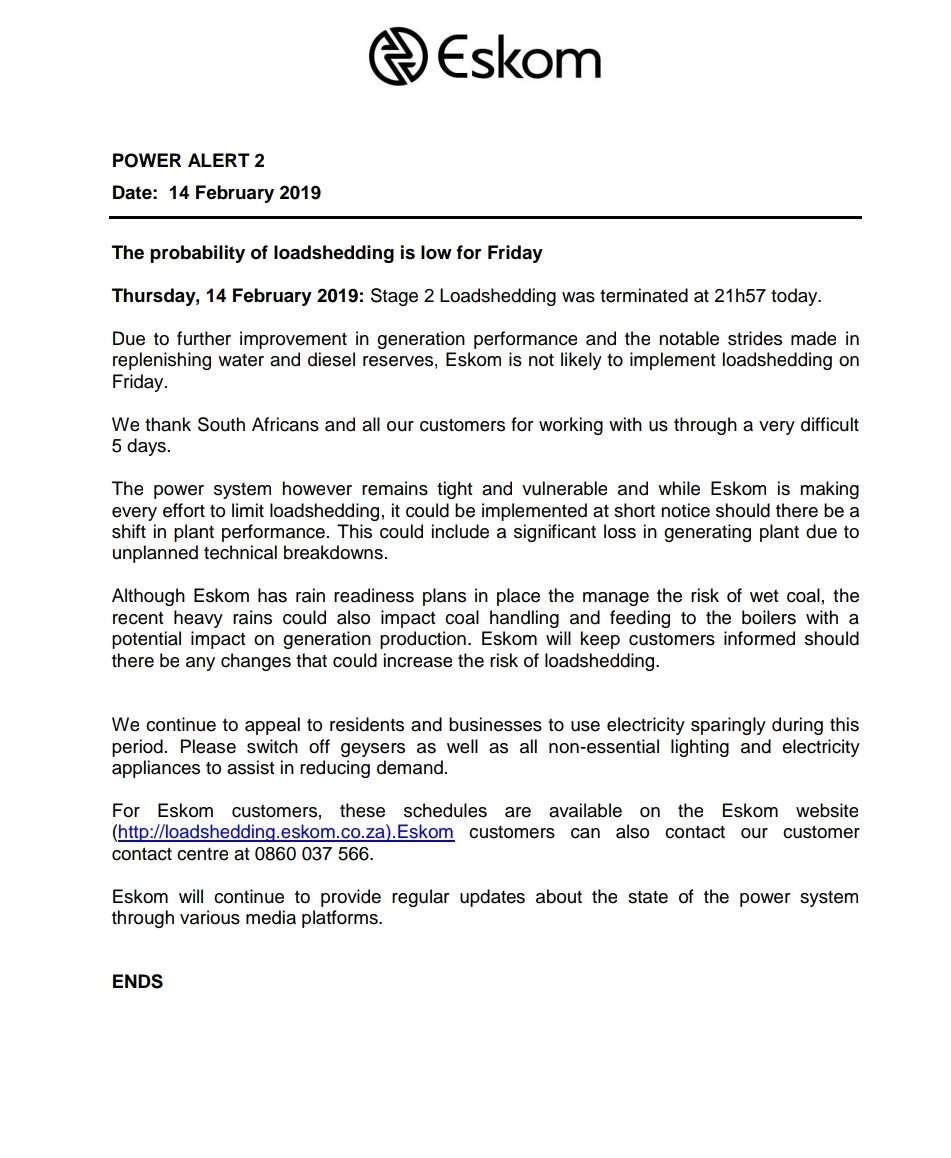