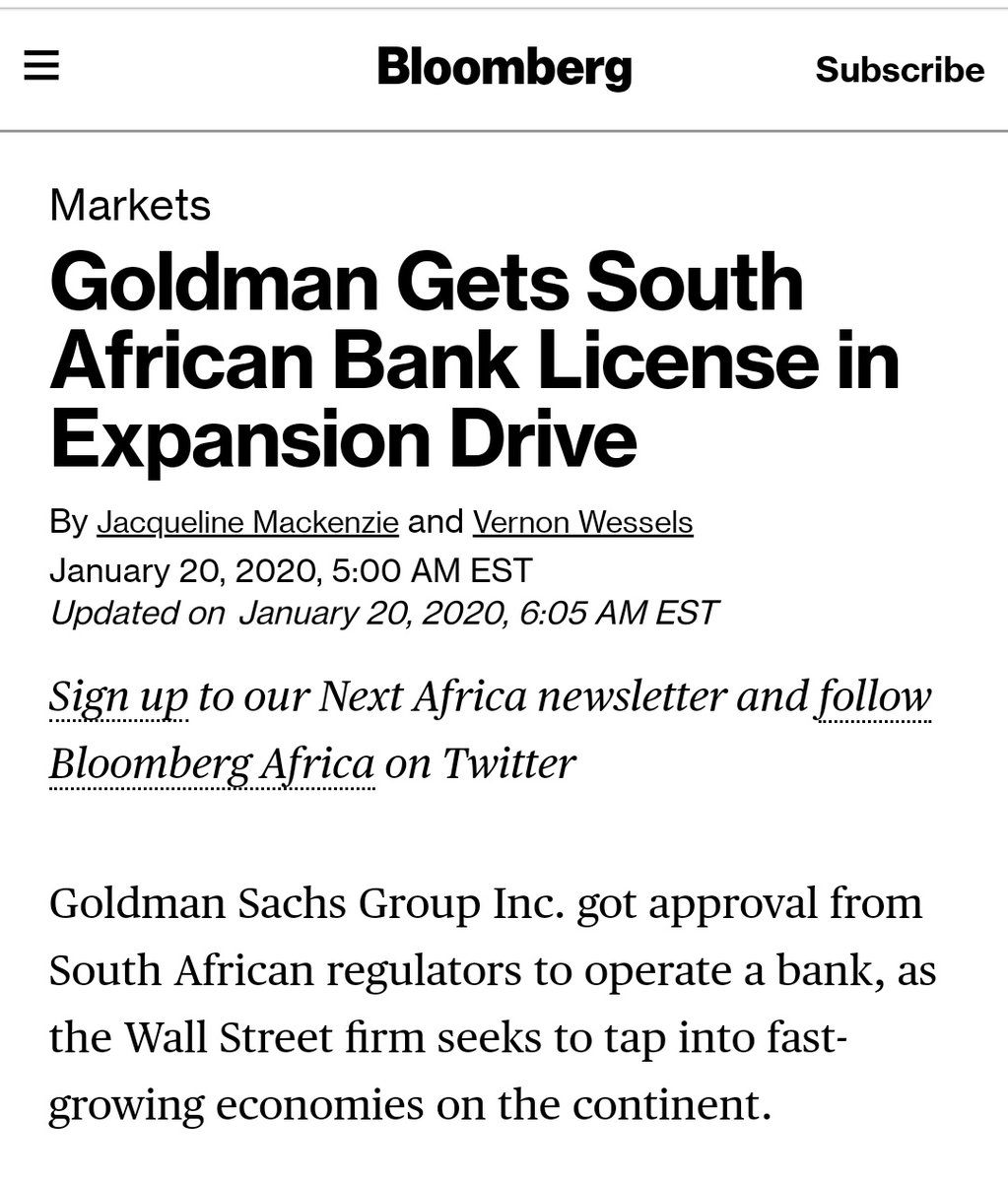 The loan to BUSINESS/PARTNERS—one of Africa’s leading business loan and equity providers and 2019 Gold winner: SME bank of the year (Africa)—will enable more women business owners in South Africa to access capital. BUSINESS/PARTNERS estimate its on-lending to smaller businesses will help create 55,000 jobs by the end of 2023.
>

IFC—a sister organization of the World Bank and member of the World Bank Group—is the largest global development institution focused on the private sector in emerging markets. We work with more than 2,000 businesses worldwide, using our capital, expertise, and influence to create markets and opportunities where they are needed most. In fiscal year 2019, we delivered more than $19 billion in long-term financing for developing countries, leveraging the power of the private sector to end extreme poverty and boost shared prosperity. For more information, visit http://www.ifc.org

If you are still holding out for a state bank or the nationalization of the South African Reserve Bank (SARB) under Cyril Ramaphosa, you are deluding yourself. Ramaphosa is delivering left, right and center to those who organised the R1 billion for his CR17 campaign to buy the African National Congress (ANC) Nasrec conference. All the donors and advisors are benefiting at the expense of the people of South Africa (SA).  The ANC’s resolution on the nationalization of SARB has no hope in hell. There is no way that the backers of the CR17 are going to allow it. That also goes for land expropriation without compensation.

An interesting related connection is that Tito Mboweni, the current Minister of Finance, is a recent International Advisor of the same Goldman Sachs. This explains to some extent why he has been in the forefront of opposing the Radical Economic Transformation (RET) agenda such as the nationalization of SARB. These insidious corporate relationships go much further. The current CEO of Eskom is from Nampak where Mboweni was chairman of the board.

Coleman has now been gifted with a banking license. He joins a long list of CR17 backers who are benefitting. Johann Rupert has increased his wealth by R11 billion in one year! The Oppenheimers scored R6 billion also in one year. Jabu Mabuza seems to have used a proxy to score a whooping R11 billion tender from Eskom where he was both Chairman and CEO.