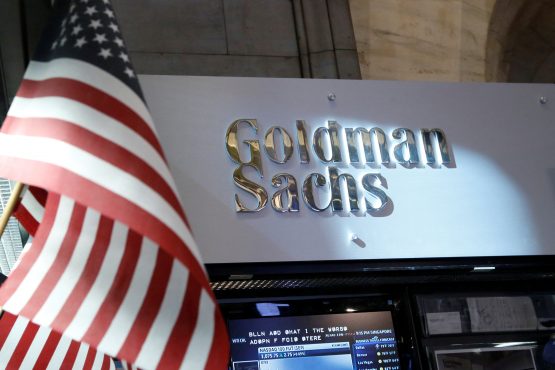 Ramaphosa and his CR17 campaign

Goldman Sachs, which has been present in South Africa for more than 20 years, in December appointed Jonathan Penkin as head of the local business. The firm already provides advisory, wealth- and asset-management services to corporations, investment firms, government institutions and individuals.

The expansion comes as brokerages including Macquarie Group, Arqaam Capital, Deutsche Bank AG and Credit Suisse Group either pare back their operations or close down some businesses because of a moribund South African economy. Still, the country has the biggest, most liquid and most sophisticated capital markets on the continent, which is home to six of the world’s fastest growing economies.

Decision to expand operations a sign of firm’s confidence in Ramaphosa’s ability to resuscitate flagging economy.

Goldman Sachs, one of the world’s leading investment banks, also said that it had entered into a partnership with Investec to expand equity trading into the rest of Africa via Johannesburg.

A political analyst has said the leaked emails and financial statements from the CR17 campaign have shown how President Cyril Ramaphosa dispensed patronage to those who backed him.

“These guys are there for their own interests … Moreover Cyril dispenses patronage when it comes to cabinet posts to people who were with him during his campaign,” Xolani Dube said on Sunday.

Dube was reacting to the Sunday Independent report on the donations made to the CR17 campaign and the payments received by some beneficiaries.

Among the donors are billionaire Nicky Oppenheimer’s family, and former Absa chief executive member Maria Ramos, who was recently appointed to serve on the Public Investment Corporation (PIC) board.

Others are reportedly Eskom board member Sifiso Dabengwa, Goldman Sachs Southern Africa chief executive Colin Coleman and other financial services and mining companies, among others.

According to Dube, in the next election in the ruling party, individuals would go all out and fight for their candidates.    “He, Cyril, has cemented the rot in the ANC. He can’t be judged through the prism of Jacob Zuma. We were told that he is a different person, but we know now that he is not.”     Meanwhile, Absa distanced itself from donation it reportedly made to the CR 17 campaign.

Absa spokesperson Phumza Macanda said they noted with concern the report in the Sunday Independent where “Absa Nation Building” was listed as a donor to the CR17 political campaign.    “As a policy, Absa does not make donations to political parties or politicians.  Consequently, Absa did not make a donation to President Cyril Ramaphosa’s ANC presidential campaign in 2017 or any other campaign of that nature,” Macanda said.

The denials came as Magda Wierzycka, co-founder and CEO of Sygnia, took to Twitter to defend donations to the CR17 campaign.

“Everyone who contributed did so to stop corruption, reduce poverty and save SA from Zuma, Guptas etc. No one expected anything in return other than a well-run country (excl Bosasa),” Wierzycka said.

“JOBS” – today there are no jobs and with Eskom and their load shedding, there will be less jobs to all of us.

Black Economic Empowerment is an international crime, it is discrimination and racist against the white minority group of people in South Africa…

President Cyril Ramaphosa has reassured local and international investors that the move to expropriate land without compensation will be done in adherence with the rule of law. He was speaking at a Goldman Sachs event in Johannesburg on a range of issues, where it’s South Africa MD Colin Coleman asked the President questions on policy, including how his new government is set to tackle the Eskom problem.