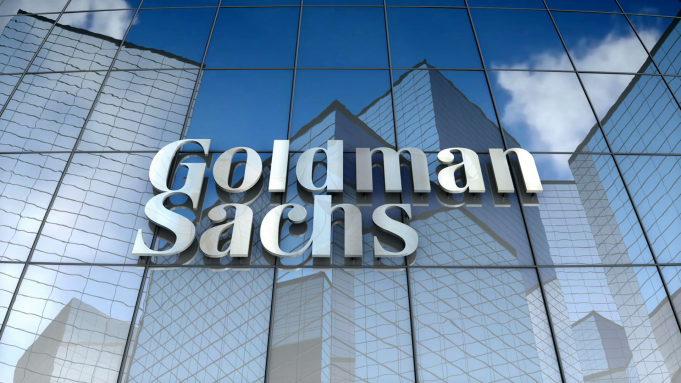 2019 – South Africa’s presidential and provincial election is set to be on May 8 this year but all parties are fully geared up for this campaign right now. However, South Africa’s annual GDP increased by a tepid 0.8% in 2018 and public anger is seething in the country following the latest string of blackouts, as the state-owned electricity provider Eskom struggles to meet demand. Colin Coleman, CEO of Goldman Sachs Sub-Saharan Africa, talks about the prospects of the ruling African National Congress ahead of the May 8 elections. Land reform, economic restructuring and security situation are also on the top agenda.

comments:
Comment:   Sorry but i disagree with his stance on safety and let me explain. During apartheid over 20 000 black people lost their lives in political violence but that number would have been higher were it not for the well trained military and Police force of the day. Since 1994 under ANC/Communist rule 500 000 people have been murdered and 1million rapes have occurred. Of those murders there are 70 000 white people (consider a soccer stadium accomodates around 70 000 people to get an idea ) that have been killed and that doesnt add the injured tortured maimed people. Farm attacks are a slow war or slow genocide on the white population. In addition the Police are involved in many crimes and just recently the so called XEnophobic violence exposed 70 policeman who were involved in being drug distributors for the Nigerian drug pushers. The xenophobia attacks were actually the Taxi drivers fed up with the drug peddling and the youth harassing and mugging their passengers which confronted nigerian drug houses and burnt them to stop the drug trade which police were helping facilitate. From there faction fighting and opportunistic looting proceeded. South Africa is now lawless with multiple militias of criminal groups running rampant across the country. There are illegall miner militias there are now construction mafia delaying projects and harassing contractors to employ their unskilled labour or they are intimidated and harassed. Cape Town is becoming a more violent and dangerous place as well with crime statistics increasing all the time. Not too long ago a white american investor was hit with a brick in johannesburg CBD and ended in a coma. A ukrainian tourist went for a hike and was stabbed and robbed in Cape Town 10meters from the car park. All infrastructure is falling apart sewearage treatment plants ,eskom and water sanitation. education system too.

Comment – It is all lies – Apartheid was not build on black labour, it was created by the British empire when they annexed all land and mines in southern Africa.    They implemented reserves with the black leaders and some areas were called crown land (Richtersveld) since 1854 under the Shepstone policy.   Commonwealth is still involved here and other countries.    British empire annexed mine and imported more than 400000 blacks/chinese (60000) to work in their mines – control it from London.   They created those hostels for blacks and undocumented immigrants, that later demanded to vote, but they also have their own countries.   Union of South Africa (1910) was controlled by the British Empire from London.   Reserves became Homelands in 1961 to get freedom and full independence.   All those Homelands have voting rights, flags, own anthems, etc.  Nobody took their voting rights away.

The Goldman Sachs Group, Inc. is a leading global investment banking, securities and investment management firm that provides a wide range of financial services to a substantial and diversified client base that includes corporations, financial institutions, governments and individuals. Founded in 1869, the firm is headquartered in New York and maintains offices in all major financial centers around the world.

Debt and corruption scandals at Eskom make the power utility the biggest risk to South Africa’s economy and the government needs to replace its management, the Goldman Sachs Group said.   Eskom plans to raise almost R340bn in the next five years, while meeting R413bn of interest and debt repayments, which amount to 8% of South Africa’s gross domestic product.   The utility is caught up in allegations of corruption related to contracts it signed with companies linked to the Gupta family. It’s also without a permanent chief executive officer and has suspended its finance director Anoj Singh. The Guptas deny any wrongdoing.

We are having discussions on solutions,” Colin Coleman, a partner of Goldman Sachs and head of sub-Saharan Africa, said in an interview in Johannesburg on Thursday, without elaborating. “Government has got to put the governance in place and clean it out. It needs a permanent credible, independent non-conflicted chairperson and a credible board and from that, credible managers.”    The New York-based lender in 2015 provided informal advice to the government on the sale of state assets to raise money for Eskom and proposals on how to improve the utility’s cash flow, people familiar with the matter said at the time.

Eskom faces lower demand, with South Africans last year using the least amount of electricity generated by Eskom in more than a decade. The utility is also spending billions of rands on new power plants that are years behind schedule and over budget. The company disclosed R3bn of irregular expenditure in its financial results on July 20, a figure which its auditors said they couldn’t independently confirm.

“Eskom is the biggest single risk to the South African economy,” Coleman said. “If you strip out corruption and sort out procurement, I’m sure there are efficiency gains there. There are self-help initiatives that can deliver a company that’s a lot more efficient. You’ve got to incentivise efficiency.”

The government, which saw its budget deficit widen to R92.2 billion rand in July, is hamstrung by an economy that’s barely growing, political infighting, and losses at other state-owned companies such as South African Airways. Two ratings agencies cut South Africa’s foreign debt to junk in April, citing the firing of former Finance Minister Pravin Gordhan at the end of March and poor governance at state-owned enterprises.   Eskom, which has used R218.2bn in government guarantees, hasn’t held a public auction for its debt in South Africa since 2014.

On top of helping out Eskom with a R23bn bailout in 2015, National Treasury has also had to inject cash into the national airline and broadcaster. The government has provided guarantees that amount to 42 percent of the country’s R1.14trn in tax revenue. This is increasing the risk that the government may need to force pension funds into buying its debt, said Peter Attard Montalto, chief emerging-markets economist at Nomura International in London.

The idea that pension funds invest a prescribed amount of their assets in state debt was mooted as far back as 1994 by South Africa’s first black President, Nelson Mandela.

It came up for discussion again when the ANC held its national policy conference in July. While no decision was made, the party will probably use its elective conference in December to firm up a policy on prescribed assets, although it is unlikely to introduce the measures until after national elections in 2019, Montalto said.

South Africa last forced pension funds to buy its debt during apartheid, which ended in 1994, when international investors shunned the country because of its racial-segregation policies. Spokespeople at National Treasury and the ANC didn’t respond to requests for comment.

“The worst case scenario for us would be prescribed assets,” Granate’s Blood said. “There are dark days ahead at Eskom and there needs to be a dramatic turnaround. Government will turn to prescribed assets before Eskom defaults, but it will be detrimental.”

WAS THE CRIME AND CORRUPTION ALSO MENTIONED?   ALL THE CORRUPTION SCANDALS, ARMS DEALS, ETC   AND ALL THE SOE’S AND LOADSHEDDING?

On 4 November, 2013 The Goldman Sachs Group launched its report Two Decades of Freedom: What South Africa is Doing with It, and What Now Needs to be Done, at the Nelson Mandela Centre of Memory in Houghton, Johannesburg.

The report provides a data-rich, empirical analysis of how South Africa has changed in the past 20 years and its position in the world.

It identifies the 10 areas in which South Africa has made structural advances, the 10 large challenges that remain to be tackled, and the 10 key issues which must now be addressed.

Colin Coleman, Goldman Sachs’ partner managing director, said: “As we approach 20 years of democracy in South Africa we have an opportunity to take a step back and get a long-range factual perspective on the important question: ‘So, what has Nelson Mandela’s South Africa done with its freedom?’

“We hope this report contributes towards a more balanced narrative on South Africa which recently had become somewhat emotionally heated, short-term and often negative.”

The report identifies key structural advances since 1994. For example:

According to Coleman the government can claim credit for the rise of the African middle class, extending welfare and services to the poor while presiding over real wage growth. It has also delivered responsible macro-economic stewardship while respecting independent institutions and upholding constitutional freedoms.

“It is vital that government takes steps to reduce inequality, increase employment, especially amongst the youth and defend the gains made by the African middle class,” said Coleman.

The report found that South Africa lags other growth markets in important areas such as research and development, and access to, and use of, technology and the Internet. Investment in improving access and blanketing communities and schools with access to the Internet could have a dramatic positive benefit for education and economic growth.

The anticipated tapering of quantitative easing heralds a tougher period for growth markets. Those with high current account deficits like South Africa, Turkey and India are likely to be the focus of portfolio investor risk aversion.

Productivity in the private sector has not kept pace with wage inflation, while the public sector, despite increasing to 2m employees, has seen its contribution to GDP fall from 19% in 1994 to 15% today.     “This is not sustainable,” says Coleman. “Put simply: productivity needs to outpace wage inflation.”

The report suggests that in the next 20-year period South Africa should aim to raise its GDP annual growth rate from the past 20 years’ average of 3.3% to 5%, thereby growing the size of the economy to $1trn by around 2030. Such growth, if attained, would cut both the unemployment rate and debt /GDP percentage in half, and see GDP per capita double.

“To stave off its budget and particularly its current account deficits, South Africa’s net foreign direct investment should increase from the average of only $1.9bn per annum since 1994 to an average closer to $5-10bn per annum. This will require a much more determined and coherent focus on improving the investment climate. We urgently need to revive investment in the mining and related manufacturing sectors. This requires a much better, balanced and friendly regulatory, productivity and labour picture.    “This is not a time for finger-pointing. Labour, business and government must create a partnership that works for South Africa.”

Colin Coleman has resigned as CEO of Goldman Sachs (sub-Saharan Africa).    He’s been at the helm since 2000.   Next year, Coleman will teach a course entitled “Africa: Doing Business in the Last Frontier of Global Growth” at Yale University.