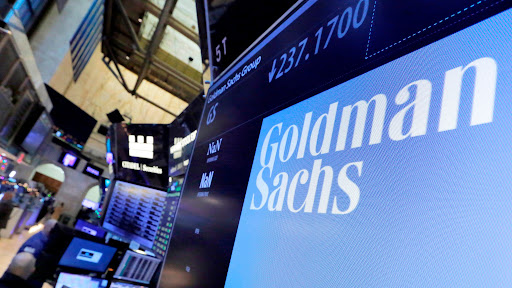 They are being charged alongside former 1MDB employee Jasmine Loo Ai Swan and Low Taek Jho, a Malaysian financier who has been accused of masterminding the fraud.  Malaysia is looking to claw back lost money by imposing criminal fines against the accused that rise to more than $3bn once the fees received by Goldman Sachs for the bond sales are factored in.

Vast sums were allegedly looted from 1MDB in a fraud that is said to have involved former Malaysian leader Najib Razak and his associates, and used to buy everything from yachts to artwork, and fund the production of Hollywood films including The Wolf of Wall Street. It also contributed to the last Malaysian government’s shock defeat at historic elections in May.

“Malaysia considers the allegations in the charges against all the accused to be grave violations of our securities laws,” Thomas said in a statement. “And to reflect their severity, prosecutors will seek criminal fines against the accused well in excess of the $2.7bn misappropriated from the bonds proceeds and $600m in fees received by Goldman Sachs.”

If the accused are convicted, prosecutors have said they will push for sentences of up to 10 years in prison for Leissner and Ng.

“Their fraud goes to the heart of our capital markets, and if no criminal proceedings are instituted against the accused, their undermining of our financial system and market integrity will go unpunished,” Thomas added.

News of the prosecution is a fresh blow for Goldman, with the Wall Street giant’s corporate culture having come under increased scrutiny as details of the scandal continue to emerge.

The US Department of Justice has already charged Leissner and Ng for conspiring to launder billions of dollars embezzled from 1MDB. Leissner last month pleaded guilty to conspiracy to launder money and conspiracy to violate the Foreign Corrupt Practices Act. Ng was arrested last month in Malaysia. Low Taek Jho, was also hit with charges but is still at large.

Responding to the new charges from Malaysia, Goldman Sachs said:
“We believe these charges are misdirected, will vigorously defend them and look forward to the opportunity to present our case. The firm continues to cooperate with all authorities investigating these matters.”

Goldman has come under fire for its role in underwriting bonds totalling $6.5bn on three occasions for 1MDB, for which they earned $600m in fees.

The money earned by Goldman for the bond issuances was also “several times higher than the prevailing market rates and industry norms”, the statement said.

Those accused personally benefited from receiving stolen funds and also got large bonuses and improved their career prospects, Thomas claimed. False statements were presented to investors suggesting the proceeds of the issuances would be used for legitimate purposes, he added.

Malaysia’s prime minister, Mahathir Mohamad, who came to power in part on a pledge to investigate the 1MDB scandal, has been taking an increasingly tough line against Goldman and has accused the bank of cheating the country.

Since his election defeat, former Malaysian leader Najib Razak has been arrested and hit with dozens of charges over the scandal and is likely to face a long jail term if convicted.

Low has said he is innocent. Goldman Sachs has consistently denied wrongdoing. Reuters reported on Monday that lawyers for Leissner and Ng could not be reached immediately.

«Custodial sentences and criminal fines will be sought against the accused… given the severity of the scheme to defraud and fraudulent misappropriation of billions in bond proceeds,” Thomas said in a statement, reported by «Reuters».

In response, a spokesperson for the bank noted that the entities and employees «will be vigorously defended» against charges made by Malaysian authorities. «We believe the charges announced today, along with those against three Goldman Sachs entities announced in December last year, are misdirected and will be vigorously defended,» a spokesperson said.

According to the U.S. Department of Justice, an estimated $4.5 billion was misappropriated from 1MDB between 2009 and 2014. A newly formed Malaysian government has said that it would seek up to $7.5 billion from the bank over its dealings with ousted former Prime Minister Najib Abdul Razak.
https://www.finews.asia/finance/29351-17-goldman-sachs-directors-face-1mdb-charges-in-malaysia.

Goldman Sachs may be ready to settle with the U.S. government over the 1MDB case through the admission of guilt and a $2 billion fine, according to a source familiar with the matter.

Discussions are still underway between the American bank and three U.S. regulators – the U.S. Department of Justice, Securities and Exchange Commission and the Federal Reserve – alongside New York’s Department of Financial Services, according to a «Wall Street Journal» (behind paywall) report citing the unnamed source.

Legally, Goldman Sachs would plead guilty to violating U.S. bribery laws, the report added, with a possibility for the settlement to be announced in late January.

In addition, the settlement deal could also potentially involve the bank installing an independent monitor to oversee compliance procedures and recommend revisions.

U.S. authorities are rapidly making progress to settle with key participants of the 1MDB scandal with Goldman Sachs potentially being the next.

Most recently, former Goldman banker Tim Leissner was barred from the industry by the SEC which secured a settlement deal that included the forfeiture of $43.7 million. The amount was obtained as part of Leissner’s role in facilitating bribes to senior officials in Malaysia and Abu Dhabi which resulted in $600 million in fees earned by Goldman Sachs, according to the U.S. Justice Department.

Two units of Goldman Sachs, which face criminal charges for their alleged role in the 1MDB scandal, had their cases shifted to a higher court in Malaysia.

The High Court of Malaysia on Monday approved the transfer from the Magistrate’s Court for the charges against Goldman Sachs (Asia) and Goldman Sachs International (U.K.). Malaysia’s Attorney-General’s Chambers told prosecutors to transfer the case to a higher court in September without specifying the reasons, though such a move is widely linked to the seriousness of the case.

«I take the view that this matter be heard in the High Court. Cases are to be transferred to High Court,» said High Court Judge Mohamed Zaini Mazlan, who was quoted in «The Edge Markets». The financial group’s units have been accused of misleading investors when arranging a $6.5-billion bond sales for troubled state fund 1MDB even though the parties involved allegedly knew the funds would be misused.

The petition to transfer the case against the bank’s third unit – Goldman Sachs (Singapore), is being processed and will be reviewed at another hearing on December 26. The transfer to the High Court of the case against the Singapore unit was delayed as the summons received by the U.S. bank didn’t include all of the charges, Deputy Public Prosecutor Aaron Paul Chelliah said on Monday.

The U.S. bank is said to have been in talks with authorities in Malaysia and the U.S. to settle the 1MDB scandal. Negotiators for the Southeast Asian country have discussed figures of around $2 billion to $3 billion in talks with the Wall Street bank, finews.asia reported earlier. Meanwhile, the country’s top prosecutor Tommy Thomas has said Malaysia has a strong case against Goldman and isn’t dropping the charges.

Former Goldman Sachs banker Tim Leissner has been permanently barred from the securities industry by U.S. regulators over bribery in the 1MDB scandal.

The SEC issued charges yesterday against Leissner including violation of anti-bribery, internal accounting controls, and books and records provisions alongside his permanent barring from the industry.

«Individual conduct lies at the heart of all bribery schemes,» said Charles Cain, chief of SEC’s FCPA (Foreign Corrupt Practices Act) unit, in a statement. «Here, Leissner abused his leadership role at Goldman Sachs by engaging in a massive bribery scheme targeting the highest levels of two foreign governments to bring in lucrative business to the firm and enrich himself.»

The SEC’s settlement deal with Leissner also involves the forfeiture of $43.7 million which was obtained as part of his role in facilitating bribes to high ranking officials in Malaysia and Abu Dhabi to help Goldman Sachs secure business from 1MDB. The amount will also be offset by payments from settlements reached last year with the Justice Department.

Malaysian negotiators are reportedly targeting a $2-3 billion payment from Goldman Sachs for its role in the 1MDB incident – a significant discount from its publicly named figure of $7.5 billion.

Although the final deal may diverge for this range, it demonstrates the willingness by to be flexible, a «Bloomberg» report said, citing anonymous sources.

It is unclear whether or not the settlement would lead Malaysian Attorney General Tommy Thomas to drop charges against Goldman Sachs’ 17 current and former executives, sources added. Malaysian prosecutors are simultaneously pushing for a Goldman Sachs hearing in a local high court.

Malaysian Prime Minister Mahathir Mohamad is eager to demonstrate progress made on his pledge to recoup money lost from the 1MDB scandal and he has reportedly handpicked former finance minister Daim Zainuddin to serve as the «top dealmaker» to negotiate a favorable settlement.

Daim was Malaysia’s finance minister from 1984 to 1991 and was brought back by Mahathir in 1999 to helm the post-crisis economy until 2001. When Mahathir returned as the nation’s Prime Minister, he quickly appointed Daim as his top economic policy advisor.