In South Africa, research has been done, not only about the animal kingdom, but about the people themselves as well as medical research.   Onderstepoort is such a farm that did a lot of research on animal diseases and conditions in the past, as well as the making of vaccines.   There are mafia groups that do enter properties to kill lions and livestock for muti. 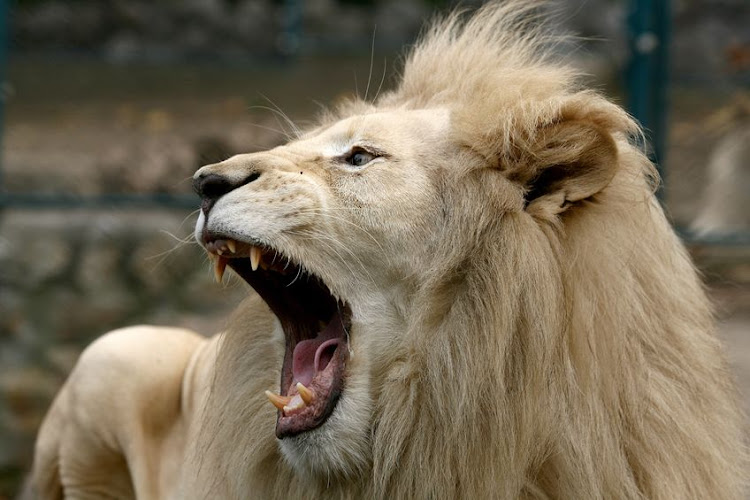 Terrorists will kill all livestock, that is a business, they will destoy businesses and trucks, sometimes and mostly part of all kind of businesses in South Africa to destroy the economy.

*
NOT ONLY ANIMALS – BUT FARMERS ALSO
DECEMBER 2018
Plaasaanvalle en moorde

ESTIMATED KILLINGS SINCE 1994
Who kill whom here – which tribe kill the others?
where are the 500 000 criminals and murderers?
where are the investigations, the graves and families?
Estimated 500 000 plus murdered since 1994

Andile Mngxitama of the BLF, declared war on white people in South Africa. He associated white people with the actions of Johann Rupert and said that for every one black person that is killed they will kill 5 white people. Whether they are woman, children or animals
Blanke aanvalle en moorde

*
THE  LIONS  – TRADING AND KILLINGS

South Africa – A South Africa without lions is unimaginable – an iconic species of the Big Five. But we could face a world without these magnificent African ambassadors, as the breeding of lions for commercial purposes continues to flourish.

“Today, the official number of captive bred lions is around 50% more than it was in 2010. Not only are these animals born to be killed, but they often live in appalling conditions and are subjected to intense animal cruelty,” says FOUR PAWS country director, Fiona Miles.

FOUR PAWS is one of the largest welfare organisations in South Africa, fighting for the protection of big cats.   The best way to protect this iconic big cat is by arming yourself with the following little known information, Miles says.

Lions are in danger

Instead of contributing to conservation efforts, the overwhelming majority of these captive lions are bred for the lion bone trade and/or canned lion hunting, where about 600 -1000 captive lions are killed in trophy hunts each year.

Those captive lions that are not killed in canned lion hunts are slaughtered for their bones. These bones are exported to Southeast Asia, where they are used in traditional medicine.

This trade stimulates demand for lion bones and incentivises poachers to target wild lions and sell their bones into these markets. South Africa is the largest legal exporter of lion bones and skeletons for use in Far Eastern countries, with an annual quota of 800 lion skeletons approved in 2018. Lion body parts are also used locally as ‘muti’ to make African traditional medicine.

“As an organisation, we strive for a world where animals are treated with the respect and empathy they deserve. Commercial captive bred lions mean only one thing: decimating the lion populations – directly and indirectly. By allowing this industry to flourish, direct damage is being caused to Brand South Africa and the conservation image of our country,” says Miles

Unlike rhino, lion deaths are legal

International trade in rhino horn was banned by the Convention on International Trade in Endangered Species of Wild Fauna and Flora (CITES) in 1977. However, trade in lion body parts is still legal. This, despite research showing legal lion bone trade, mirrors the illegal poaching of rhinos.

There are an estimated 300 farms on which lions are bred and kept for commercial purposes in South Africa. Most breeding and hunting facilities in South Africa are located in the provinces of the Free State, North West and Limpopo.

Many captive lion facilities offer visitors an animal interaction experience in which they can pet a lion cub. This requires for the cubs to be removed from their mothers within a few days of birth, and the subsequent hand-rearing allows the cubs to become accustomed to human interaction. As the lions grow, they are used for other tourist activities, such as ‘walking with lions’.

Once these lions have matured and reached the age between four and seven years, they are transported to hunting areas and used for trophy hunting.

You can save our lions

The best way to prevent this trade is to avoid any activity that includes physical interactions with lions, such as petting lion cubs or walking with lions. You can also speak out against the trade by signing the FOUR PAWS petition.

“If you can touch the lions, steer clear! A big part of many establishments is telling the public that such institutions are ‘contributing to conservation’ – it’s a lie! There is no conservation value for breeding captive held lions. Many of these facilities are the face of the captive breeding industry. Lions belong in the wild, and it’s our responsibility to ensure they stay there,” says Miles.

Saving Simba: 5 things you need to know about the lion trade in 2019

Chests were cut open and organs, such as the heart and adrenal glands were removed.  Four lions were killed in Limpopo over the weekend, driving speculation that body parts of the big cats are being used to make muti that reportedly gives users greater power in business and over people.   Police in Limpopo reported yesterday that two lions were killed in the Kwaggadans lion enclosure in Vaalwater, near Lephalale, on Friday night. Another pair was killed near Bushfellows Game Lodge in the Marble Hall area on Saturday.

The game farm owner in Marble Hall was patrolling the area when he came across the two dead lions. Limpopo police spokesperson Lieutenant-Colonel Moatshe Ngoepe said the lions’ heads and paws had been hacked off. The chests of both were cut open and organs were missing.    “No arrest has been made in the two incidents, but we have launched a manhunt for the suspects,” Ngoepe said yesterday. Police are also searching for the suspects who killed two lions in Vaalwater.

The suspects cut the Kwaggadans lion enclosure fence at night and poisoned two lions before fleeing. A prominent Limpopo traditional healer, who wished to remain anonymous, said certain parts of a lion are used as strong muti to cast a spell to protect people from rare ailments and to woo customers to a business.   “Other people use the muti to scare their enemies and protect themselves from attacks. In this regard, a traditional healer would use the heart or the adrenal glands,” said the healer.   Some other healers use the brains of lions to become strong, respected and feared within the community, he added.

Three lions were killed to allow rescuers to reach the lion-owner who was killed in a game reserve between Dinokeng and Cullinan about noon on Tuesday, 20 August 2019.   “People on the scene confirmed they had already killed two lions. On our way they called and said they had killed three lions in total and were now able to get to the man.”   Loubser said the attack happened at a game reserve between Dinokeng and Cullinan.   He said the dead man was the owner of the lions.   “We are waiting for paramedics to arrive to officially declare the man dead on the scene.”

Questions are being asked about whether the owners of a lion that killed a woman at a private game reserve in Cullinan have the correct permits to keep the animal.  The 22-year-old woman was mauled to death by the lion on Tuesday.   The Gauteng Agriculture Department says that an investigation is underway to establish the property’s permit to keep animals.   Natural Resources Director-General Loyiso Mkwana: “We’re going to investigate the permit holder because you will keep lions under the conditions of the permit and we will establish whether there have been any violations of the permit.”

A woman has been killed by a lioness at a Hammanskraal lodge.    It’s understood the 22-year-old woman was visiting the private game reserve earlier on Tuesday when the animal attacked her.   Paramedics say they arrived on the scene and found bystanders trying to administer CPR.   Netcare911’s Nick Dollman said: “Tragically the young victim had sustained severe injuries, there was nothing further that paramedics could do to save her and she died at the scene. The SAPS from Cullinan were on the scene and are investigating the incident.   The Gauteng Agriculture Department is investigating the circumstances around the attack.   Director-general of natural resources Loyiso Mkwana said: “It is indeed very sad and regrettable. We are with the members of the family of the deceased. These kinds of incidents we should not have them and we should always have vicious, dangerous animals like lions under control.”