2014 – A massive ‘ocean’ discovered towards Earth’s core (and perhaps more than one).   When you read the Bible you will also find there were different floods which covered the whole earth.   The different floods created by ONE, but there were also reasons behind those floods.    There were also different waters, seas and oceans, formed and drained into their own places.    (BIG ants system inside the earth). 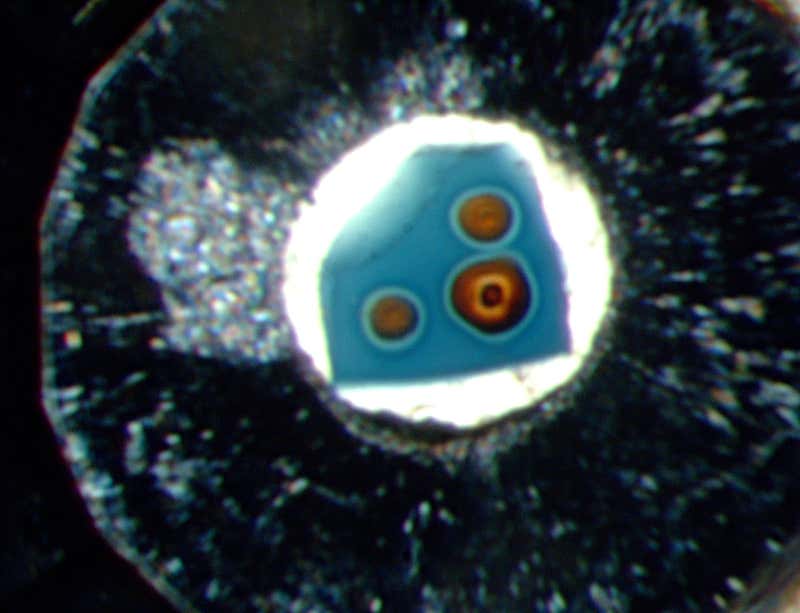 Giant underground ocean hidden in the middle of this Chinese desert


Below the Atlantic ocean there could be evidence that could forever shatter our long-held beliefs and at a certain place above the Arctic Circle, there exists an oceanic depression. Is there something and someone ancient under the surface of the Earth that is waiting to be discovered?
https://www.youtube.com/watch?v=WJF_ZaWe6O0

A reservoir of water three times the volume of all the oceans has been discovered deep beneath the Earth’s surface. The finding could help explain where Earth’s seas came from.

The water is hidden inside a blue rock called ringwoodite that lies 700 kilometres underground in the mantle, the layer of hot rock between Earth’s surface and its core.

The huge size of the reservoir throws new light on the origin of Earth’s water. Some geologists think water arrived in comets as they struck the planet, but the new discovery supports an alternative idea that the oceans gradually oozed out of the interior of the early Earth.

“It’s good evidence the Earth’s water came from within,” says Steven Jacobsen of Northwestern University in Evanston, Illinois. The hidden water could also act as a buffer for the oceans on the surface, explaining why they have stayed the same size for millions of years.

Jacobsen’s team used 2000 seismometers to study the seismic waves generated by more than 500 earthquakes. These waves move throughout Earth’s interior, including the core, and can be detected at the surface. “They make the Earth ring like a bell for days afterwards,” says Jacobsen.

By measuring the speed of the waves at different depths, the team could figure out which types of rocks the waves were passing through. The water layer revealed itself because the waves slowed down, as it takes them longer to get through soggy rock than dry rock.

“We should be grateful for this deep reservoir”

Jacobsen worked out in advance what would happen to the waves if water-containing ringwoodite was present. He grew ringwoodite in his lab, and exposed samples of it to massive pressures and temperatures matching those at 700 kilometres down.

Sure enough, they found signs of wet ringwoodite in the transition zone 700 kilometres down, which divides the upper and lower regions of the mantle. At that depth, the pressures and temperatures are just right to squeeze the water out of the ringwoodite. “It’s rock with water along the boundaries between the grains, almost as if they’re sweating,” says Jacobsen.

Jacobsen’s finding supports a recent study by Graham Pearson of the University of Alberta in Edmonton, Canada.

Pearson studied a diamond from the transition zone that had been carried to the surface in a volcano, and found that it contained water-bearing ringwoodite, the first strong evidence that there was lots of water in the transition zone (Nature, doi.org/s6h).

So far, Jacobsen only has evidence that the watery rock sits beneath the US. He now wants to find out if it wraps around the entire planet.

“We should be grateful for this deep reservoir,” says Jacobsen. “If it wasn’t there, it would be on the surface of the Earth, and mountain tops would be the only land poking out.”

The ultimate origin of water in the Earth’s hydrosphere is in the deep Earth—the mantle.
https://www.nature.com/articles/nature13080

Ringwoodite is a high-pressure phase of Mg2SiO4(magnesium silicate) formed at high temperatures and pressures of the Earth’s mantle between 525 and 660 km (326 and 410 mi) depth.

Experiments show that ringwoodite may incorporate essential amounts of Na, that enters the tetrahedral sites. Na prefers ringwoodite more than bridgmanite. Thus, ringwoodite is suspected for being an important sink for Na in deep transition mantle zone (Bindi et al., 2016).


Named in 1969 by R.A. Binns, R.J. Davis, and S.J.B. Reed in honor of Alfred Edward (“Ted”) Ringwood (19 April 1930, Melbourne, Australia – 12 November 1993,Canberra, Australia), noted geochemist and Professor of Geology, Australian National University, Canberra, who predicted the mineral based on laboratory studies. He was the recipient of numerous awards including the Bowie Medal, the Wollaston Medal and the H.H. Hess Medal.