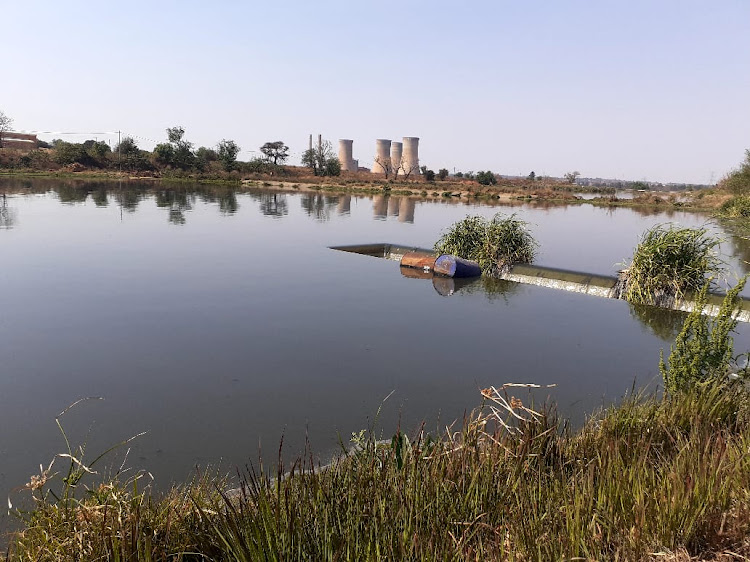 Residents of Hammanskraal “do not have water that is safe for human consumption”.

(Was this not their second visit)?

This was the shocking finding of the SA Human Rights Commission (SAHRC) during a visit to the area, north of Pretoria, on Thursday, 2 September. The commission said it would release findings into the situation there and the state of rivers in Tshwane.

It followed recent reports that the quality of water produced at the plant had severely deteriorated, leaving Tshwane with no choice but to temporarily shut down the plant.

The commission declared the water in Hammanskraal unsafe for human consumption in 2019 and found the situation hadn’t much changed since.

“We are happy with the cooperation that we received from the department of water and sanitation and the city of Tshwane. However, we are still unhappy that the people of Hammanskraal do not have access to clean water and water that is safe for human consumption.

“We have since decided to convene a meeting with the city and Rand Water to explore possibilities of providing alternative water to the residents as an interim measure,” said Jones.

When it came to the refurbishment of the Rooiwal plant, a project which is hoped will deal with much of the problem, Jones said he had been told the first phase would be completed in 2022.

“Our main concern at the moment is that there isn’t sufficient communication with the affected residents and farmers who reside along the banks of Apies River. These are issues that require a cohesive response from the national, provincial and local sphere government, and we hope that the upcoming elections will not affect the progress that we have observed here today.”

Jones added that there were allegations of people benefiting from the status quo.

“They are happy with the status quo and people like that suffer from shortism because they don’t understand the long-term implications for the residents of Hammanskraal.”

He said during their previous visit the government had given itself three years to complete the project at the treatment plant.

Williams said the challenges in Hammanskraal were first identified in 2004, when reports were presented to the then administration highlighting that the waste water infrastructure was deteriorating and would not be able to sustain population growth.

He said the reports were ignored, the population more than doubled and no interventions were put in place for more than a decade.

“The infrastructure significantly degraded, such that by 2015 the water in parts of Hammanskraal was undrinkable,” he said.

Williams said the area was prioritised in 2016. “It then became apparent that repairs and maintenance would not be sufficient. What was required was a full-scale refurbishment of the Rooiwal Waste Water Treatment plant.”

He added that R300m was made available to upgrade the plant, funded over numerous phases and budgetary years. It was one of the city’s “biggest budget allocations”.

“Phase one of this work is currently under way and standing at 58% completion, with finalisation expected in October 2022. However, as this work takes place we must keep the plant running, which is challenging,” he said.

Kobus Fell, of NPO National Water Monitor, said he was concerned about information being released to the public in an attempt to put them at ease.

He said a picture was being painted that “everything is fine”, but in reality the quality of water being released into the river system was not good enough.

Tumelo Koitheng, from the Hammanskraal residents’ forum, said the water crisis in the area must be treated with urgency.

“We understand that until the source has been corrected we are still going to suffer. This is an emergency; people’s lives are at stake. We are very worried because of the political instability that we are seeing now it’s election season. If there’s a new administration we will be back to square one, so they need to speedily address issues of connecting the two pipes.”

He said when they lodged a complaint with the commission it was because the water was smelly and brown.

“The Rooiwal Waste Water Treatment still contaminates the Apies River, which is the source of water for residents. We are not satisfied with what we have seen today at the plant because when we walked around certain tanks were dark. They have been overflowing and that’s not a good sign. It seems they are busy with the upgrade, but neglecting the maintenance,” Koitheng said.

The sludge plant is a separate unit, located to the north of the main North works. No actual construction date was found, but it was estimated that this may have been in the mid 1980s. No information was available as to what happened to the sludge prior to this. Site staff did state reference to sludge cannons being used to disperse liquid sludge onto nearby land. They also stated that this had led to significant deterioration of the land quality (i.e. now too soft to access effectively). However, these we were not able to gain access to confirm or observe any of these elements at the time of the visit.

A consultant report prepared by SSI Engineers and Environment Consultants Pty Ltd (SSI) in late 2008 indicated a capacity split of West 40.8MLD; East 54.5MLD; and North 150MLD. However, it was not clear where this information was sourced or how accurate it may have been.

Rooiwal Wastewater Treatment Works
City of Tshwane
RSA
Refurbishment and upgrade of the Rooiwal WWTW including the supply and installation of emergency mechanical and electrical equipment
https://www.wecprojects.com/wp-content/themes/wec-theme/pdfs/municipal-plants-reference-list.pdf

The first phase of a billion rand extension to the plant could start as soon as next month.

Reacting to a statement by Democratic Alliance (DA) mayoral candidate for Tshwane, Solly Msimanga, that the residents of among others Hammanskraal were being placed at risk by untreated run-off from Rooiwal, Ntsowe admitted groundwater in the vicinity of the plant had been contaminated.

He also said that sometimes, under-treated waste also ran into the Apies river as a result of a sudden huge influx of storm water into the plant. Heavy storm water flow was not only a result  of rain, but also of households with illegal pipe connections – water pipes being connected to the sewerage system.

Meanwhile, Msimanga said that DA Shadow Deputy Minister of Water and Sanitation, Leon Basson MP, had visited the plant on three occasions last year to perform oversight at the facility.

“On his first visit in July 2015, Basson witnessed 104.8 million litres of untreated sewage spilling into the Apies river on a daily basis.”

The Mayor said on Wednesday 14 April 2021, he joined the Minister of the National Department of Water and Sanitation, Ms Lindiwe Sisulu, as she conducted a departmental oversight visit to the Rooiwal Waste Water Treatment Works (WWTW) to evaluate the work taking place at the site.

Mr Randall said that it should be noted that Rooiwal Water Waste Treatment Works is the largest treatment plant in Tshwane, processing 45% of all the City’s wastewater. The plant was originally built in the 1950s with major extensions in 1975 and 1988.

Today, we can confirm that ActionSA has been provided with access to tender documents relating to alleged irregularities in a R295 million tender awarded by the City of Tshwane for work at the Rooiwal Wastewater Treatment Plant. The tender was awarded through a joint venture involving Blackhead Consulting, owned by Edwin Sodi. Mr Sodi is notorious for his appearance at the State Capture Commission of Enquiry due to his alleged involvement in the Free State’s asbestos scandal.

Most recently, Sodi has been fingered in yet another R44 million tender scandal in the City of Joburg, involving the preparation of conditional assessments for hostels in the City. Bizarrely, in the approved 19/20 Medium Term Budget, R255 million had been allocated for hostel upgrades. This was not meant for any assessment – the condition of hostels was well documented – but for actual work to be completed. What has happened to this money? What work has been done? Why was there further assessments?

It has been more than 10 years since the South African Human Rights Council (SAHRC) declared that the water in Hammanskraal was “unfit for human consumption.” Thanks to corruption and rampant mismanagement, this community continues to suffer.

The handover of these documents also follows a 3-day commission of inquiry, instituted by ActionSA and lead by an independent panel, into the unsafe poor water quality in Hammanskraal. Successive ANC governments in Tshwane have turned a blind eye to the community’s suffering. Being no better, the DA-led coalition continues to bury its head in the sand, rather than hear the community’s pleas. Indeed, Mayor Williams even refused to account to the people of Hammanskraal when invited to engage with the community by the commission’s panel.

Residents of Hammanskraal in Tshwane have been struggling for access to clean water for years. The Rooiwal Wastewater Treatment Plant is being upgraded to deal with the problem. Gauteng Cogta MEC, Lebogang Maile, and city officials are visiting the facility during May 2020.
https://www.youtube.com/watch?v=jtQzNBeoGYs

Apiesrivier was declared a disaster area – and what happened since then?

2015  It is pumped into the Apiesrivier and to our dams.
https://www.youtube.com/watch?v=Cn7vGuvBWHk