The Resistance Forces blew up a mountain in the area of the Danah after thousands of Taliban terrorists entered Panjshir, and they were trapped inside the valley. The Taliban terrorists are surrounded in the Dasht-e-Rivet area and all their vehicles and equipment have been left behind because of the mountain blast. The Taliban is still in control of the Paryan district in Panjshir province, but their hind path has been cut off from Kotal Khawak. 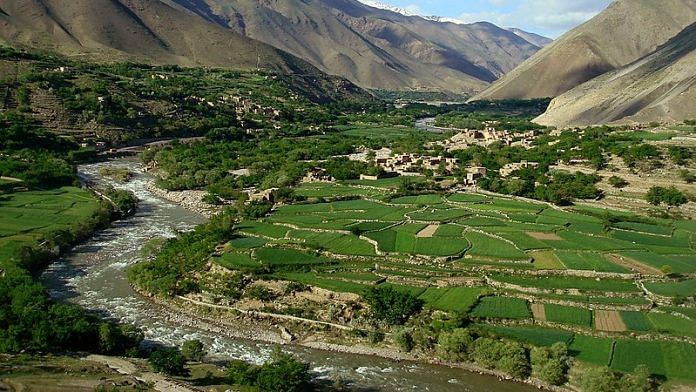 Echoing ‘Caretaker’ President Amrullah Saleh, Northern Resistance Front of Afghanistan (NRFA) leader Ahmad Massoud on Saturday, took to Facebook to assert ‘We will never give up the fight for God, freedom and justice’. Lauding the women protesting against the Taliban in Herat, he said that Afghans have not given up their demands for rights. He also promised to address the Afghan people publically. The NRFA has rubbished claims of Taliban capturing Panjshir.

The fate of Afghanistan’s Panjshir Valley – the final holdout against Taliban control – hangs in the balance as heavy fighting continues. Even as the Taliban claimed that it has taken “full control” of Afghanistan by capturing Panjshir, the Resistance fighters they are battling has denied this.
The Resistance includes former Vice-President Amrullah Saleh, former Afghan security force members and local militias. Both sides are claiming to have gained the upper hand.
https://www.youtube.com/watch?v=7AwxDMmc8v0

Located in eastern Afghanistan, near the Afghan-Pakistan border, the Panjshir Valley has been a place that has garnered an almost mythical status when others have tried to take it.

In the 19th century, the region was untouched by the British Empire as they attempted to conquer Afghanistan. On a side note, the broader British occupation of Afghanistan was also a failure like America’s today.

Panjshir Valley, which also means the ‘five lions’, also proved to be a formidable place for the Soviets to conquer during their occupation of the country in the 1980s.

During this time, the invading Russians encountered fierce fighters from the then resistance led by a man known as the “Lion of Panjshir.” Headed by Ahmad Shah Massoud during the ten years of war that the country experienced, the Panjshir Valley remained unconquered.

The Panjshir Valley is the only province to not have fallen to the Taliban. It has become Afghanistan’s bastion of resistance.