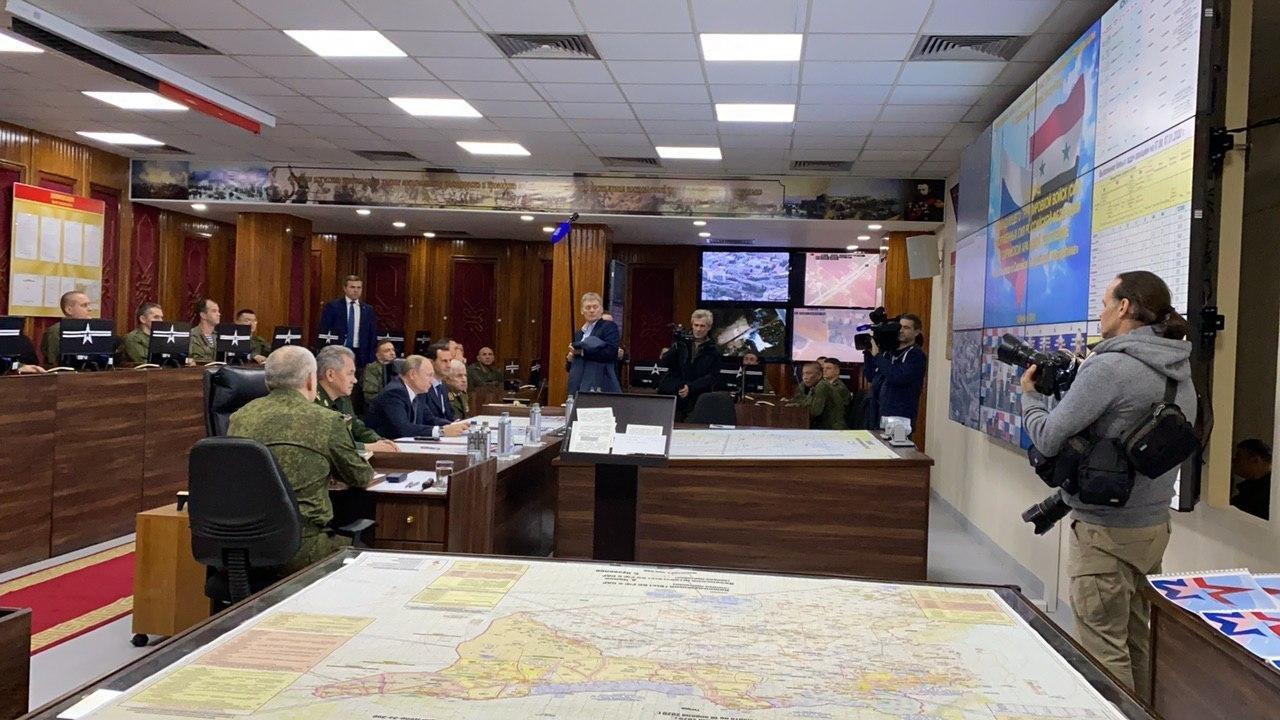 President al-Assad also congratulated the Russian officers and soldiers on occasion of Christmas, expressing the appreciation of himself and the Syrian people for the sacrifices made by the Russian forces alongside their counterparts in the Syrian Arab Army.

During their meeting, President al-Assad and President Putin discussed recent developments in the regions, as well as plans for eliminating the terrorism which threatens the safety and security of Syrian citizens in Idleb, and developments in the north of Syria and Turkey’s actions there, as well as supporting the political track and preparing suitable conditions for it.

Accompanied by President al-Assad, President Putin toured Damascus city, visiting the Grand Umayyad Mosque and the shrine of St. John the Baptist located in it, writing an entry in the record of visitors.

President Putin also visited the Mariamite Cathedral of Damascus, the oldest church in Damascus and the seat of the Greek Orthodox Patriarchate of Antioch and All the East, gifting it an icon depicting the Virgin Mary.
more photos

*
Russian President Vladimir Putin met with Syrian President Bashar al-Assad after arriving to the Syrian capital Damascus in a surprise visit on Tuesday. Media reports say the two leaders were briefed by military officials on the conditions in various regions of the country. This is the Russian president’s second visit to Syria since the start of the conflict. Putin visited the Russian-operated Hmeimim Air Base in December 2017.

Russia and Turkey launch joint patrols in northeastern Syria.    Maria Khodynskaya-Golenishcheva, a senior adviser to the Russian Foreign Ministry, recalled that the negotiated ceasefire with the United States in eastern Aleppo in September 2016 lasted for just two weeks, because both powers had ignored regional players.
Russia/Turkey on joint patrols in NE Syria

Did the Syrian people also patrol 30 kms of the Turkish people – no.  So why is Turkey and Russia then both in Syria?  Most where the oil is.

Eight days already gone into war of flames – heavy fighting continues as Turkey presses on with its military operation,  against Kurdish fighters in northeast Syria.  Turkey’s president,  Erdogan said the military action aims to remove the Kurdish-led forces from the border area and create a “safe zone” to which millions of Syrian refugees can be returned.
Turkey – USA (Kurdish conflicts)

It was confirmed by Turkey representatives, they received a sophisticated Russian surface-to-air missile system, defying U.S. threats for more than a year that purchasing the S-400s would result in harsh retaliation against the fellow NATO ally.
Turkey – USA (Russia)

Since the start of the Syrian civil war, Kurdish people in the North have carved out an autonomous region of their own — Rojava — by fighting the Islamic State. Their militias, which form the Syrian Democratic Forces (SDF), have emerged as the most effective fighters against ISIS and won them a close partnership with the US.
Kurdish in shock – human violations by various countries – war crimes