Two guards at a federal jail in New York City were arrested during November 2019 and indicted for failing to keep watch on the accused sex trafficker Jeffrey Epstein just before he killed himself in custody three months ago.  The guards, Tova Noel and Michael Thomas, failed to check on the fund manager for about eight hours until he was found dead in his cell at the Metropolitan Correctional Centre in lower Manhattan, prosecutors said. Noel and Thomas, who have been placed on leave, are accused of repeatedly signing false certifications claiming they conducted multiple counts of inmates. 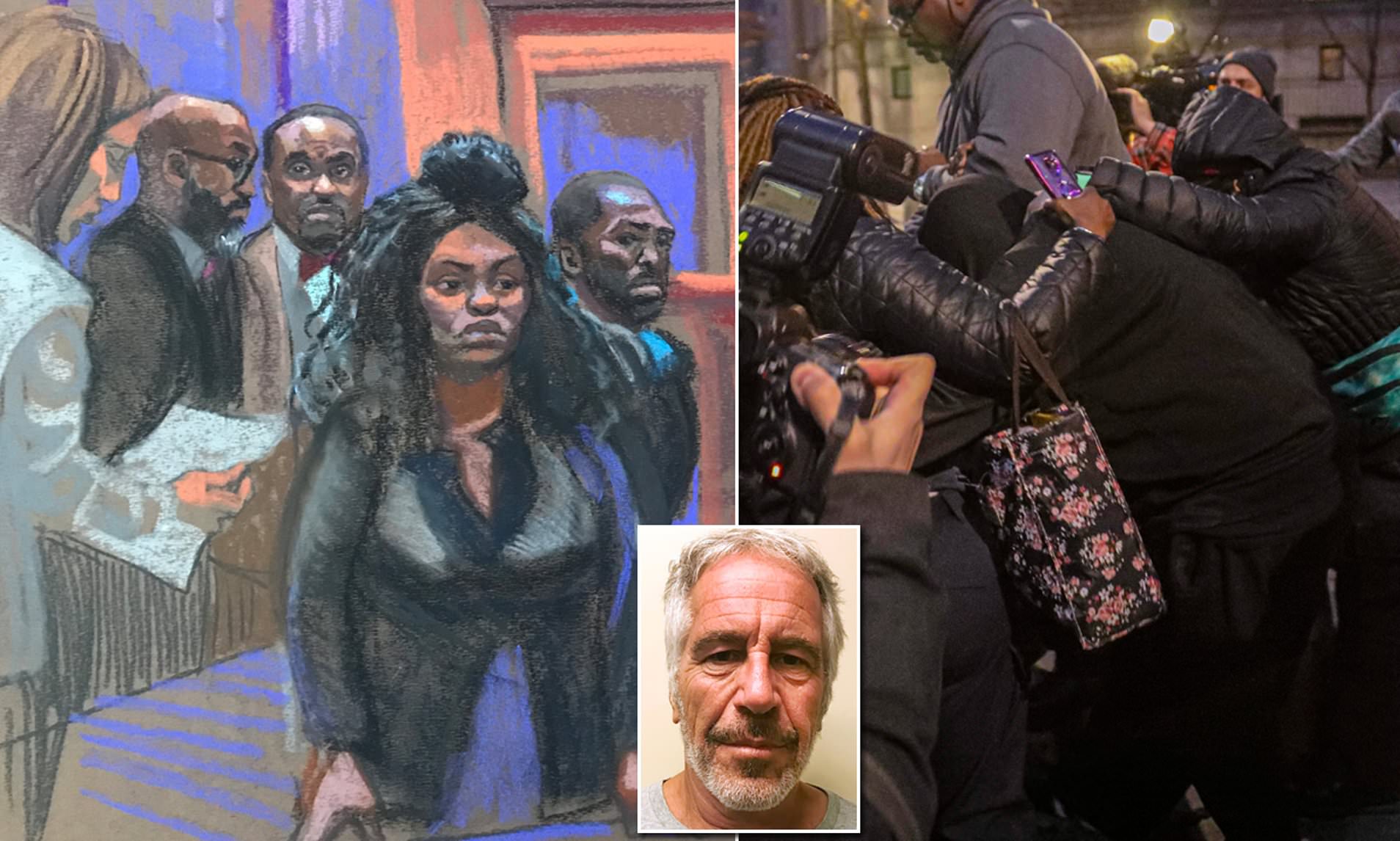 The guards’ indictment was unsealed on Tuesday as the director of the federal prison system told Congress that the FBI is investigating whether there was anything criminal about Epstein’s death. The official said the FBI is “looking at criminal enterprise”, but declined to discuss specifics. Noel and Thomas are charged with six counts of falsifying documents and conspiracy to defraud the US. Prosecutors said they surrendered themselves to the FBI shortly before 10am on  Tuesday. In a brief hearing before US magistrate judge Sarah Netburn on Tuesday afternoon, both guards pleaded not guilty to the charges. The judge approved an agreement between the prosecutors and defence lawyers that will allow the two to remain free on $100,000 bail each as they await trial.

Jason Foy, a lawyer for Noel, said he is “prepared to defend this case” if he can’t “reach a reasonable agreement” with prosecutors. Montell Figgins, an attorney for Thomas, said his client was offered a plea deal but it “is not something he wants to do”.

“Understand that Mr Thomas is a single father with three children. This case is going to ruin his life,” he said. “We had hoped that the US attorney’s office would make an effort to try to address the systemic failures with respect to the bureau of prisons,” Figgins said.

The Metropolitan Correctional Centre has been plagued by allegations of bribing guards for cellphones and drugs as well as inmate deaths and rape.

Epstein, who was worth hundreds of millions of dollars, was arrested in July as he was returning to the US from Paris. He was charged with sex trafficking of girls, faced life in prison if convicted, and was being held without bail. He denied wrongdoing.

He was found unresponsive in his cell early on August 10 and declared dead at a nearby hospital shortly afterwards. He had earlier been placed on suicide watch but was subsequently removed from it.

Epstein had been found in his cell with a strip of bedsheet around his neck in July. Thomas was one of the jail officers who responded to the earlier incident, according to the indictment. Epstein was placed on suicide watch for one day and psychological observation for a week afterwards.

Once he was returned to his unit, he was assigned to the cell closest to the correctional officers’ desk and was required to have a cell mate. But the cell mate was transferred out of Epstein’s cell on August 9, and no replacement was assigned.

His death came the day after more than 2,000 pages of filings were unsealed, revealing allegations that prominent people were involved in his alleged acts. Prosecutors continue to investigate whether others were involved.

Epstein entered a controversial non-prosecution agreement with US prosecutors in Florida more than a decade ago, admitting to two state prostitution charges and serving 13 months in a county jail. A federal judge ruled during 2019 that the deal violated the law by failing to notify the accusers of it.

Both correctional officers pleaded not guilty Tuesday afternoon and were released on $100,000 bond. The defendants, hiding their faces with clothing, left the courthouse in separate cars waiting for them in the shadow of the jail where they had worked and Epstein died.

Epstein’s death was a major embarrassment for the U.S. Bureau of Prisons.

The cell where he died was in a high-security unit, famous for having held terrorists and drug cartel kingpins. Epstein’s death, though, revealed the jail was suffering from problems including chronic staffing shortages that lead to mandatory overtime for guards day after day and other staff being pressed into service as correctional officers.

Epstein had been placed on suicide watch after he was found July 23 on the floor of his cell with a strip of bedsheet around his neck, according to the indictment.

After 24 hours, he was transferred to the facility’s hospital wing for a psychological observation, where he remained under close watch.

Epstein was moved back to a regular cell July 30 where he was required to have a cellmate, but he was left with none after his cellmate was transferred out of the MCC on Aug. 9, the day before his death, the indictment said.

The indictment said that Epstein was found unresponsive in his cell when the guards went to deliver breakfast. Noel confessed to a supervisor then that they hadn’t done either their 3 a.m. or 5 a.m. rounds, according to the indictment.

According to the indictment, Thomas said: “We messed up.” And then added, “I messed up, she’s not to blame, we didn’t do any rounds.”

19 November 2019 – Two prison guards have been arrested following the death of tycoon Jeffrey Epstein behind bars. Tova Noel and Michael Thomas are accused of sleeping on the job at a federal prison in Manhattan and then falsifying documents to say they checked on Epstein every half hour.

10 November 2019 – The Jeffrey Epstein scandal – Tara Brown reports how a New York billionaire masterminded an international sex trafficking ring of young women, and why wealthy and powerful men, including HRH Prince Andrew, are now implicated in the saga.

A woman known as “Jane Doe 15” is suing the estate of Jeffrey Epstein, saying he sexually abused her at age 15, and called on Britain’s Prince Andrew to speak under oath.

After Jeffrey Epstein’s death in a jail cell, the public and his alleged victims have turned their focus to his co-conspirators and his younger sibling, Mark Epstein.  “It is unclear whether he will inherit his brother’s New York mansion, Florida estate, and Caribbean private island—and how many of his brother’s accusers will have claims to them if he does.”

Ghislaine Noelle Marion Maxwell is a British socialite and the youngest child of publishing tycoon and fraudster Robert Maxwell. She moved to the United States after her father’s death in 1991 and became a close associate of financier and convicted sex offender Jeffrey Epstein.