The unexplained wealth of artist-turned-real estate magnate Mark Epstein, the deceased sex offender’s younger brother, is likely to come under further scrutiny by further investigations as well.    Mark  is Jeffrey Epstein’s younger brother. The pair grew up in Sea Gate, Brooklyn, as the only children of Seymour and Pauline Epstein.      After Jeffrey Epstein’s death in a jail cell, the public and his alleged victims have turned their focus to his co-conspirators and his younger sibling, Mark Epstein.  “It is unclear whether he will inherit his brother’s New York mansion, Florida estate, and Caribbean private island—and how many of his brother’s accusers will have claims to them if he does.”

A different online profile says that Mark was a director at The Humpty Dumpty Institute. In August 2018, the Daily Caller reported that Democratic politicians Maxine Waters, Debbie Wasserman Schultz and Adam Schiff sat on the board of the institute. The Humpty Dumpty Institute works with the United Nations in attempts to rebuild developing countries. The group was founded in 1988 by Constance Milstein. 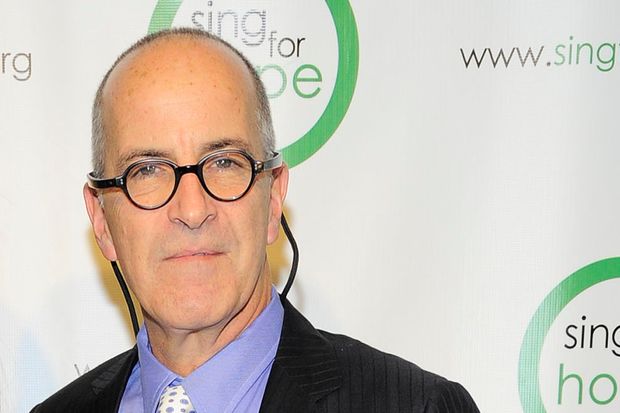 Mark, who is currently a real estate magnate, raised eyebrows by providing his condo in Florida as collateral for Jeffrey’s bail.

He has officially denied ties to any of his brother’s businesses, even though one of his properties is a keynote in one of the sex trafficking charges.   There is also the matter of his unexplained wealth, considering he has donated hundreds of thousands of dollars to charity and is almost retired.

The victim’s legal team said this week they would proceed with claims against the estate of the deceased millionaire and this would include any money inherited by the brother. A vague statement from New York’s Southern District where the charges were filed made the implication the prosecutors would also be pursuing known associates in the case.

The British socialist is one of four who is accused of recruiting the underage girls for sexual acts. In the past, she vehemently denied these claims and has yet to be charged. Her whereabouts are currently unknown.

Former girlfriend, Ghislaine Maxwell is one of the people of interest in the case.

After  Jeffrey Epstein’s dramatic “death” in a New York jail cell, both alleged victims and a curious public have turned their attention to the former financier’s only remaining close relative: his younger brother, Mark Epstein.

A former artist turned real estate magnate, Mark raised eyebrows last month by offering up his Florida condo as collateral for his brother’s bail. While he has denied any connection to Jeffrey’s businesses, at least one of Mark’s properties has turned up repeatedly in sex trafficking suits against his older sibling. And his unexplained wealth—he claims to have semi-retired at age 39 and has donated hundreds of thousands of dollars to charity—may come under further scrutiny as the federal conspiracy investigation into his brother’s trafficking ring continues.

Lawyers for Jeffrey Epstein’s alleged victims said this week they will proceed with civil claims against the deceased financier’s estate, which would likely include any money inherited by his brother. And a cryptic statement from the Southern District of New York, where the latest sex trafficking charges against Epstein were filed, made some suspect prosecutors there would continue investigating Epstein’s associates as well.

“I would fully expert the U.S. Attorney’s Office to investigate all the underlying financial crimes that may have connected this enterprise,” Miriam Baer, a former prosecutor for SDNY, told The Daily Beast. “It would not surprise me if they scrutinize carefully everything involved with the finances of Mr. Epstein.”

Mark Epstein hung up on a reporter who called for comment and declined to respond to  questions sent by text.

“Since the president of the USA won’t divulge his business info, and there are many more compelling reasons for him to do so, and since I have not been accused of wrongdoing by any government agency, I see no reason why I or any other American should either,” he wrote in a text message to The Daily Beast.

At the heart of Epstein’s potential financial ties to his brother is his real estate company, Ossa Properties. At one time, Ossa Properties owned more than 500 renter-occupied apartments in four co-op projects in New York City, according to a 1993 New York Times article. The company has almost no web presence and, according to a former intern, is run almost exclusively by one man: Anthony Barrett. (The former intern told The Daily Beast he got the Ossa Properties job because he was dating Barrett’s daughter.)

According to documents from a Harlem-based charter school, Barrett’s brother, Jonathan Barrett, worked for both Mark Epstein’s real estate business and Jeffrey Epstein’s investment company in the mid-1990s.   Barrett’s résumé, which was included in documents submitted by the charter school to the State University of New York, lists Barrett as a former asset manager for J. Epstein. & Co and a former vice president of Ossa Properties.

Mark Epstein denied any connection between Ossa Properties and J. Epstein. & Co. in an interview with Crain’s New York, claiming the information on the documents was a “mistake.” But Barrett later told The Wall Street Journal that the two were indeed affiliated.

Ossa Properties also owns a majority stake in 301 East 66th Street  — a Manhattan building that was home to many of Jeffrey Epstein’s associates and is alleged by some to be a center of his New York trafficking operation. While Mark has long claimed Jeffrey has no ownership in the building, a longtime resident told The Daily Beast the older brother was present at a meet-and-greet when Ossa Properties bought the building.

“The only person that I remember for sure being here was Jeffrey. I do not actually remember ever meeting Mark Epstein.”

“The only person that I remember for sure being here was Jeffrey,” said the tenant, who said she later called Jeffrey Epstein about a building maintenance matter, assuming he was the owner. “I do not actually remember ever meeting Mark Epstein.”   Many of Jeffrey Epstein’s assistants and associates also spent time in the 66th Street building.

Lesley Groff, who has been accused of helping book Epstein’s sexual “massages” with underage girls, allegedly worked out of the 66th Street building, according to a 2009 deposition with Epstein’s pilot.

Two other assistants, Sarah Kellen and Nadia Marcinkova, registered businesses out of the building under fake names after Epstein’s arrest, according to the Guardian. His lawyer, Darren Indyke, lived in the building as recently as 2000.

A former employee of Mc2—a modeling agency owned by Jeffrey Epstein associate Jean-Luc Brunel—told the FBI in 2010 that the building was being used to house victims of an underage sex-trafficking ring.

The employee said in a sworn statement that Brunel was sending foreign girls out to wealthy clients and shipping them to Epstein’s sex parties in New York, Palm Beach, and on his Caribbean island. In a lawsuit unsealed last week, one of Epstein’s alleged victims claimed Brunel was just one of the famous men she was forced to have sex with.

Joyce Anderson, the mother of Mark Epstein’s two children, also resides in the 66th Street building, despite the couple’s less-than-amicable split. Epstein and Anderson lived together in SoHo for seven years, and he continues to provide her Upper East Side apartment at no cost, according to a civil complaint he filed in 2008. In the same filing, Epstein accused Anderson of calling him late at night in the aftermath of their breakup, disrupting his apparently rigid sleep schedule.

“During the time Ms. Anderson and I lived together, I explained to Ms. Anderson, on more than one occasion, how being woken up adversely effected[sic] my well being,” Epstein wrote in the complaint. “I was very clear by giving the example that if all I get is 4 hours of sleep and I wake up on my own, I will be fine for the day, but on that same night, if I am woken up after 3 hours and 55 minutes of sleep, my day is ruined.”

“I calmly tried to ask Ms. Anderson why she would do such a thing to me. Instead of trying to explain, she responded by calling me an ‘insomniac fuck’ and ranting unintelligibly.”

He added, “I calmly tried to ask Ms. Anderson why she would do such a thing to me. Instead of trying to explain, she responded by calling me an ‘insomniac fuck’ and ranting unintelligibly. She has never apologized for her actions.”   Anderson did not respond to requests for comment.

Epstein, who grew up with his brother in working-class Seagate in Brooklyn, did not start out as a real estate magnate. He attended art school at Manhattan’s prestigious Cooper Union and started a silkscreen printing business called Izmo. The Izmo family of companies also included an acquisitions business and a company called Izmo Marine, which—according to a former employee’s LinkedIn profile—made deliveries by yacht from New York to Miami. The majority of the Izmo companies were dissolved by 2004.

Epstein also appears to have tried his hand in the modeling industry, around the same time his brother allegedly donated $1 million to Brunel’s Mc2.

Business records show Mark Epstein formed his own agency, Saint Model and Talent, in December 2005. The business has no website or social media presence, and it is unclear if it ever signed a model. But one former tenant of Epstein’s says he remembers it well.

Gordon Gooch, a commercial photographer who rented space in SoHo studios owned by Epstein, sued him in 2008 over an unlawful eviction. According to the complaint, Epstein sent Gooch just two warnings before changing the locks on his studio and, the photographer alleged, replacing his belongings with all new furniture. His former landlord gave him only one explanation, Gooch told The Daily Beast: He wanted to use the studio for his modeling agency.

“It was like one day you’ve got a studio and a business and one day you don’t,” Gooch said. “He assumed he could do whatever he wanted to.”

In response to Gooch’s complaint, Epstein claimed he had evicted the photographer for falling behind on payments. He denied removing any of his tenant’s belongings and said he was entitled to change the locks. A judge found the eviction unlawful and awarded Gooch more than $110,000 in damages.

Aside from tussles with his tenants, records show Epstein also struggled with federal and state tax authorities. Between 2006 and 2018, Epstein racked up more than $190,000 in tax liens, which generally signify that the recipient did not pay their taxes on time. At the same time, he was trying unsuccessfully to sell his 80-foot, 3 1/2-bathoom yacht, according to The Wall Street Journal. A since-deleted Airbnb posting appears to show that Epstein once attempted to rent the boat out for $500 a night. He eventually donated the yacht to a South Carolina marine science charity, according to the Journal.

Epstein also made sizable donations and loans to several prominent nonprofits he worked with.

A tax filing from the Humpty Dumpty Institute, where Epstein sits on the board of directors, shows Epstein loaned the international charity at least $100,000 in 2014. Three years earlier, he loaned $75,000 to Exit Art, a nonprofit cultural center where he was also a board member.

Epstein was also a frequent donor to The New School, where he sits on the advisory board for two music programs. And he donated at least $500,000 to his alma mater, Cooper Union, in 2009—the same year he was named chairman of its board of trustees. He stepped down in 2015 after intense criticism of the board’s decision to charge tuition at the formerly free institution.

Along with his New York City properties, Epstein maintains an estate in West Palm Beach, Florida, as well as rental properties in Newburgh, New York, and a home in Pennsylvania. It is unclear whether he will inherit his brother’s New York mansion, Florida estate, and Caribbean private island—and how many of his brother’s accusers will have claims to them if he does.