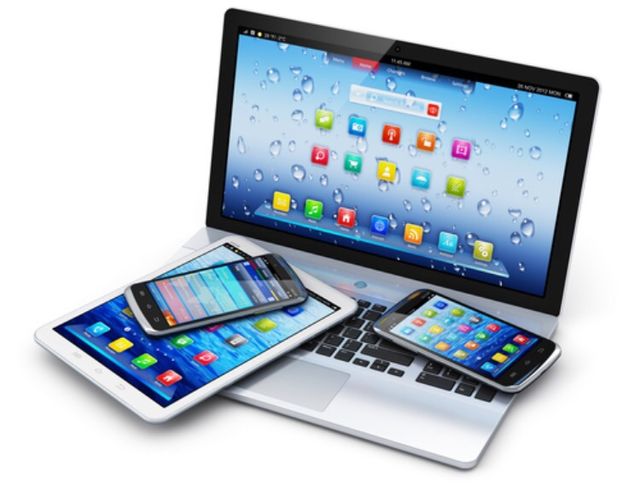 To the experienced eye, the modelling opportunity two Ballito teenage girls recently received would seem sketchy. But the reality is, thousands of teenagers just like them are lured into the commercial sex industry every day North Coast Courier reported.   So how do they snag vulnerable and unsuspecting victims?   Last week, the media interviewed two Ballito mothers who revealed an unsettling personal account of their daughters’ experiences with an online predator.

Their story led us to believe this is a case of fraudulent recruitment for a pornography shoot or prostitution ring. The mothers asked not to be identified by their full names to protect their minor daughters’ privacy.

According to police, predators are finding many victims on social media platforms like Instagram, TikTok and Kik Messenger. Online games are also a common target.

“Technology has made it easier for predators to get our kids faster and more efficiently,” said one of the mothers, Kate, adding that it made children vulnerable by “normalising communication with strangers.”

Her daughter was part of a group of seven underage local girls who were recruited using the same modus operandi.

“My daughter was contacted through her Instagram account by a woman posing as a ‘modelling scout’, who messaged back and forth with her over a few weeks before my 14-year-old agreed to meet with a man who claimed to be a local photographer for a test shoot that would enable her to pursue her dream of being a model,” said the distraught mother.

These propositions may look suspicious to the trained eye, but to a young 14-year-old with limited experience, this is an easy opportunity to make money. They would never expect a dark reality lies just beyond the reply button.

The ‘scout’ pretends that the girl’s name was referred to them by another resident.

“That’s so-and-so who goes to this school. And they all think it’s a friend of somebody,” Kate said, “but then they realise it’s not a friend of anybody.”

The “model scout” first got in touch with Kate’s daughter saying: “Hey, you have such a great look. I think you have great potential to become a model.”

The model scout’s big following was paired with a glossy profile and an impressive resumé. Her credentials also included ramp work with big-name models and top fashion houses.

“She told my daughter she needed to first set up a test photoshoot and if she was successful, she would get her signed with a top modelling agency. Our girls are naïve and with not much experience, they fell into that trap.”

While inexperience led the teenagers to miss some initial warning signs, shame kept a few of them from reaching out to their parents when they realised they needed help.

For most of them, the model scout leveraged her online clout for suggestive semi-nude photos, telling them she needed the pictures to secure them modelling contracts.

She then put them in touch with a man who claimed to be a local photographer and made it all seem legitimate.

“Luckily, I have a close relationship with my daughter and once the messages became suggestive, advising my daughter not to tell her parents in case we ‘jeopardised her opportunity’, she came to me for help. The messages I saw on her phone were sexually explicit, asking her to send pictures of herself in various naked stages,” said Kate.

At this stage, Kate pretended to be her daughter in the hope of luring the predators out in the open.

Over the week, she continued to play the part of her daughter, and arrangements were made to meet at the local skateboarding park for a test shoot.

The photographer said he would bring some “stuff” to put her at ease and relax her so she wouldn’t be nervous.

“I arranged a time to meet up with this photographer and his assistant and asked for help from a local security company and a friend of ours who is involved in the world of child trafficking. When we arrived at the meeting point, the photographer and his assistant were ambushed and arrested. They were taken to the local police station, but because of lack of evidence, the police were not able to charge them and the two of them were allowed to walk free,” said Kate.

According to the organisation Love Justice, which works to stop human trafficking, sexual predators have found an easy access point into the lives of young people.

According to the organisation, predators are meeting children online through multiplayer video games and chat apps, making virtual connections right in their victims’ homes.

Often they pose as children, confiding in their victims with false stories of hardship or self-loathing.

Their goal, typically, is to dupe children into sharing sexually explicit photos and videos of themselves – which they use as blackmail for more imagery, much of it increasingly graphic and violent.

The other Ballito mother, Sue, whose daughter had a similar experience, said the girls were traumatised by the experience and were battling to sleep.

“It makes sense that social media is where predators would go. It’s where the children are and these virtual spaces are essentially hunting grounds,” said the mother of two.

Punishing the children – no more video games or social media, for example – could backfire by pushing them into even more dangerous places for their online activity.

“If I didn’t have the relationship I have with my child, I do not know how far this would have gone. We were able to warn the other teenagers and parents who had a similar experience and put a stop to this. But I am sure other innocent children have fallen victim to these predators.

“We have come forward in the hope of warning parents and teens of what is going on,” added Kate.

Capt Pillay appealed to parents to contact him if their daughters have been approached. He said their anonymity was guaranteed. Contact Capt Pillay on 073 310 0103.

While Instagram provides information and resources for issues related to bullying, online harassment and eating disorders, it offers no advice for sextortion, by far the most significantly growing threat to children.

Read more about the Epstein sages on his island

Sarah Ransome claims Epstein sex-trafficked her in 2006 and 2007 and that, like Giuffre, she was also forced to have sex with Epstein’s lawyer, Alan Dershowitz (which he has denied). “The news of my abuser’s arrest today is a step in the right direction to finally hold Epstein accountable for his crimes and restore my faith that power and money can’t triumph over justice,” Ransome told CBS News.

The guards, Tova Noel and Michael Thomas, failed to check on the fund manager for about eight hours until he was found dead in his cell at the Metropolitan Correctional Centre in lower Manhattan, prosecutors said. Noel and Thomas, who have been placed on leave, are accused of repeatedly signing false certifications claiming they conducted multiple counts of inmates.

This is ongoing for decades … who were all those girls and where are they today?   What happened to them and who paid their medical bills and trauma’s?  Guess who is watching the FBI on the island?   But there is also the “bigger brother” island.    Owner  :   Epstein.   What is ongoing on the bigger island then?

Epstein apparently made no attempt to hide his travels with young girls. The airstrip in St. Thomas sits in plain sight of a central highway, and a nearby parking lot at the University of the Virgin Islands provides a complete view of the tarmac and almost every aircraft on the ground. When he’s “home” on Little St. James, Epstein’s plane is always parked right in front of the control tower.

Multiple victims claim she was both part of the sex trafficking ring, often bringing girls to Epstein, and a sexual participant. But Epstein told of-age women he courted that Maxwell was a former girlfriend fallen on hard times, and that he had taken it upon himself to maintain her position in society.

After Jeffrey Epstein’s death in a jail cell, the public and his alleged victims have turned their focus to his co-conspirators and his younger sibling, Mark Epstein.  “It is unclear whether he will inherit his brother’s New York mansion, Florida estate, and Caribbean private island—and how many of his brother’s accusers will have claims to them if he does.”
$$$ Mark Epstein – Jeffrey Epstein $$$

Syrian President Bashar al-Assad waded into the Jeffrey Epstein case, telling an interviewer that the deceased financier, sex offender, and alleged sex trafficker did not commit suicide, but was murdered as part of a coverup of the misdeeds of high-profile figures in the western world.

Prince Andrew was accused of groping a woman at Jeffrey Epstein’s US home, according to newly released court papers.  The accusation is contained in documents from a 2015 defamation case, released by a judge on Friday.    Buckingham Palace said on Saturday this related to US proceedings “to which the Duke Of York is not a party”.   “Any suggestion of impropriety with underage minors is categorically untrue.”