Every 32 minutes, a motorist is hijacked somewhere in South Africa – that’s a horrifying 46 cars hijacked every day. Hijacking and car theft are, unfortunately, a reality which have to be factored into our daily lives. Here are some moments everyday citizens refused to be a statistic.

Last night *4x Armed robberies* occured after sharp objects were put onto the road surface to damage tyres. Motorists were then attacked and robbed when they stopped to change the tyres.

The terrorists came to kill and not to eat, while stealing various articles such as fire arms, solar panels and cellphones.  This was a barbaric farm attack that took place on 13 March 2019, in Barnardsvlei, which is in the Rustenburg, Mooinooi area of the North West province. A male victim (89) and female victim (57) were assaulted with a hammer by three attackers. Both victims have been rushed to Brits hospital for medical attention.

Another farm attack took place in De Doorns, Western Cape, on 14 March 2019. During the attack and assault, five attackers forced owner, Bruce Brodie, to open the safe and fled with his bakkie and guns, abducting his son, Philip, along with them. Brodie and his son were both injured during the attack.

You cant even attend to an accident scene next to a road.
The violence in this country is out of control.
Warning:Graphic pictures.
WARNING GRAPHIC IMAGES: Jacques Mommen commented on social media, “What a night to end my day being admitted to hospital, savages robbed us while i was busy on a accident scene i got stabbed two times, in the right and left leg and a cut on the left wrist.” The attack took place in Benoni at the N12 onramp west, on the night of 12 March 2019
https://southafricatoday.net/media/hard-news

Herman Scoltz was brutally murdered in his home in Pretoria during the night of 9 March 2019. Scoltz was described by his friend, Nico Bernard, as “a gentle soul and a gentleman”. He also reported that the person that stabbed him four times in the chest worked for him for 26 years and that Scoltz had put this man’s children through school and college and cared for his family.   Bernard added that people need to understand why South Africa is such a violent place and that his friend Herman traveled the whole of Africa for his work to see that people got good health care, which most people will consider dangerous but Herman was killed in his own house in Pretoria, South Africa. 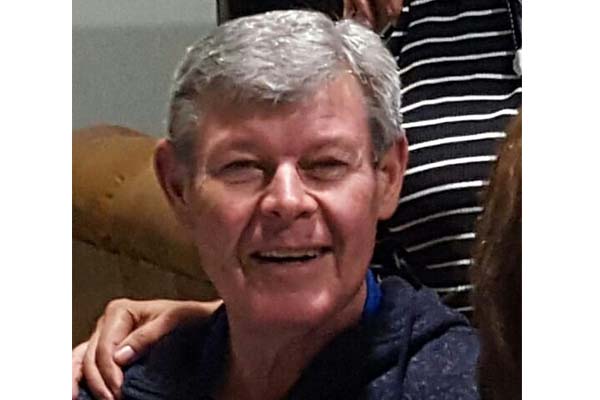 The wife of Leonard Cloete, Elmarie Cloete, a teacher from Kuruman was attacked in her home in Sering avenue east, on 10 March 2019. There is little information regarding the circumstance of the savage attack but the images reflect the crisis that white South Africans are having to endure. There are daily attacks on whites and especially of elderly people in the country.   The suspect has been identified and the police are investigating the attack.
https://southafricatoday.net/media/hard-news/woman-brutally-attacked-stabbed-in-her-home-kuruman/

On 10 March 2019, it was reported on Facebook by Riaan Wilken, the uncle of Christoff, that his nephew was brutally attacked and stabbed during a robbery by two savages in Wepener in the Free State province. Whilst there is no information regarding the circumstances of the attack the images highlight the brutality and violence that is South Africa and the onslaught against innocent people.   Christoff was admitted to hospital in a critical condition and is in ICU after having had surgery.
https://southafricatoday.net/media/hard-news/young-man-seriously-injured-during-robbery-wepener-fs/

It was reported by ‘Boerespan KZN’ (Boere Krisis Aksie) that a farmer (71) was attacked on his farm near Ifafa and Hibberdene during the night of 8 March 2019. His body was discovered by a neighbour on the morning of 9 March 2019. His hands were tied behind his back and he had been stabbed to death.  The house was ransacked and it is believed that a firearm was stolen. There have been no arrests and police are investigating.

I’ve been haunted by the pictures of this farm attack scene since last night. Even the dog was shot dead. This farm attack took place on Monday evening close to the Moloto road near Rust de Winter. Heinrich (21) was shot in the chest and arm and his colleague Karel (73) was shot in the leg. Heinrich was only able to free himself at about 04:00 on Tuesday morning and had to walk about a kilometre before he could get help. He was transported to the hospital by helicopter, thanks to Netcare911.
Die plaasaanval het Maandagaand naby die Moloto pad by Rust De Winter gebeur. Heinrich (21) is in sy bors en gewrig geskiet, sy kollega Karel (73) is in die been geskiet. Heinrich kon eers omtrent 4:00 Dinsdagoggend loskom en 1km verder hulp kry. Heinrich is van die toneel af per helikopter (dankie Netcare911) hospitaal toe.
https://www.facebook.com/groups/398421070222501/

At 21h00 on 2019/03/14 during ESKOM load shedding AZASOS Office received two distress calls of a child crying desperately on the railway track in Miami Drive Hibberdene. SAPS was busy with another emergency therefore Eugene attended the complaint.

Just prior to Eugene arriving on the scene one of the complainants were already on her way out to assist the child in distress.

Eugene heard the child and stopped where after no less than 7 African males charged up to his vehicle.

The suspects had a recording of a child crying to lure people out of their homes during the silence and darkness of load shedding.

Due to Section 49 of Act 51/1977 Eugene did not feel a direct threat on his life yet the suspects (4 of the bunch) were approaching too fast for a verbal warning where after Eugene fired warning shots.

DO NOT GET LURED OUT OF YOUR HOUSE UNDER ANY CONDITION!

Instead, phone your local Security Company or SAPS to investigate.

Criminals know that the ‘mother instinct’ will force women outside.

If you hear your water running also phone rather than risking the unknown.

We found that more and more criminals are armed nowadays.

SAPS will be destroying a large number of firearms in the course of the next few weeks. We believe many are there as a result of expired licenses. If you handed in or had your firearm seized by SAPS because of the expired license, GO AND GET IT BACK! The GOSA interdict and the National Commissioner directive that followed DEMAND you go and fetch your firearm.

Please share far and wide, WhatsApp, Facebook, Twitter, whatever. Make sure you mention the authority of the GOSA interdict and the Commissioner directive point number 7!
These documents are in the files section of the page.
#GOSAhasmy6