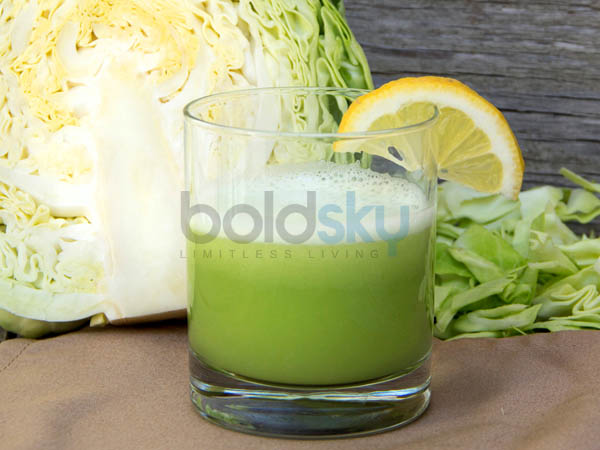 Cabbage juice may offer antioxidant, anti-inflammatory, and gut-health-promoting properties. However, more research is needed to further understand its health benefits.

Other potential health benefits of drinking cabbage juice include the following:

Cabbage juice is loaded with nutrients, such as vitamins C and K, and drinking it is linked to many purported benefits, including weight loss, improved gut health, decreased inflammation, balanced hormones, and body detoxification.  Cabbage belongs to the Brassica genus of plants, which includes broccoli, cauliflower, and kale. Informally, members of this group are known as cruciferous vegetable.

Cabbage juice is high in antioxidants, which are substances that help reduce cell damage caused by free radicals. An accumulation of free radicals in your body may lead to inflammation and disease .   Cabbage is particularly high in vitamin C, a nutrient that plays many important roles in your body. Vitamin C supports immune health and also acts as a powerful antioxidant.

Red cabbage is packed with anthocyanins. These plant pigments give red cabbage its reddish-purple color and have powerful antioxidant properties. Anthocyanin-rich diets offer many benefits, including a reduced risk of heart disease.

Additionally, some antioxidants found in cabbage juice may have anticancer properties. A test-tube study found that cabbage juice induced cell death in human breast cancer cells. This effect was attributed to the concentration of antioxidants called indoles in the juice.

However, current human research on the effects of cabbage juice on stomach ulcers is limited.

Fermented versions of cabbage juice may also benefit gut health. The juice that results from making sauerkraut, a type of fermented cabbage, is high in lactic acid bacteria. These probiotics are acknowledged for their gut health benefits

THERE CAN BE SIDE EFFECTS

Some evidence suggests that consuming cabbage in high amounts may affect your thyroid.

Cabbage is high in vitamin K, which can affect the ability of blood thinners like warfarin to prevent blood clots. It’s typically advised to maintain a consistent vitamin K intake while on the medication.

Cabbage is a common gas-producing vegetable. It’s also high in fructans, a type of carb that individuals with irritable bowel syndrome (IBS) often have a difficult time digesting.    Even with low intakes of cabbage, people with IBS may experience symptoms, such as bloating, abdominal pain, and diarrhea.

Individuals with IBS and those taking certain medications should check with their healthcare provider before incorporating cabbage juice into their diets.

Cabbage also contains small amounts of other micronutrients, including vitamin A, iron and riboflavin.    It is rich in vitamin B6 and folate, both of which are essential for many important processes in the body, including energy metabolism and the normal functioning of the nervous system.

Vitamin C, also known as ascorbic acid, is a water-soluble vitamin that serves many important roles in the body.     It is needed to make collagen, the most abundant protein in the body. Collagen gives structure and flexibility to the skin and is critical for the proper functioning of the bones, muscles and blood vessels.  Additionally, vitamin C helps the body absorb non-heme iron, the type of iron found in plant foods.

If you want to improve your digestive health, fiber-rich cabbage is the way to go.  This crunchy vegetable is full of gut-friendly insoluble fiber, a type of carbohydrate that can’t be broken down in the intestines. Insoluble fiber helps keep the digestive system healthy by adding bulk to stools and promoting regular bowel movements.

It’s rich in soluble fiber, which has been shown to increase the number obeneficial bacteria in the gut. This is because fiber is the main fuel source for friendly species like Bifidobacteria and Lactobacilli .   These bacteria perform important functions like protecting the immune system and producing critical nutrients like vitamins K2 and B12.

Potassium is an important mineral and electrolyte that the body needs to function properly. One of its main jobs is to help regulate blood pressure by counteracting the effects of sodium in the body.   Potassium helps excrete excess sodium through urine. It also relaxes blood vessel walls, which lowers blood pressure.

Soluble fiber has been shown to help lower “bad” LDL cholesterol levels by binding with cholesterol in the gut and keeping it from being absorbed into the blood.

Cabbage contains substances called phytosterols. They are plant compounds that are structurally similar to cholesterol, and they reduce LDL cholesterol by blocking the absorption of cholesterol in the digestive tract.

Vitamin K is a collection of fat-soluble vitamins that plays many important roles in the body.

These vitamins are divided into two main groups .

Cabbage is a terrific source of vitamin K1, delivering 85% of the recommended daily amount in a single cup.

Vitamin K1 is a key nutrient that plays many important roles in the body.

One of its main functions is to act as a cofactor for enzymes that are responsible for clotting the blood.

Without vitamin K, the blood would lose its ability to clot properly, increasing the risk of excessive bleeding.

Take cabbage and chop it well. You could add other veggies or fruits like ginger and apple to it to make it even more effective and tasty. Now boil the pieces with water for about four to five minutes. Now take boiled pieces and blend it.

Consuming a serving of this juice 30 minutes before your main meal might help improve digestion as well as bowel function. Drinking cabbage juice on an empty stomach in the morning can also have detoxifying effects.

Cabbage also contains vitamin C, which is good for dealing with stress and fatigue, and it is also a source of pyridoxine, another sleep enhancer. Al-Harbi recommends you drink cabbage juice before going to bed.
https://www.arabnews.com/drink-your-insomnia-away

Take it slowly but
Cabbage juice is an excellent pain reliever, and it will help your ulcer heal a lot faster. If you are using cabbage juice to prevent any stomach illnesses, a glass per day will suffice
https://tasteinsight.com/how-to-make-cabbage-juice/
Prevention of Cancer
https://www.webmd.com/vitamins/ai/ingredientmono-171/cabbage