SABC reported on 18 February 2022 that the High Court in Johannesburg to hear testimony from African Literature scholar Professor Elizabeth Gunner in the case between the EFF and multi-cultural AfriForum.   On 17 February 2022 the EFF leader Julius Malema stood by his belief that the singing of the struggle song “Dubula ibhunu” played no role in farm attacks.   Prof Gunner attended. 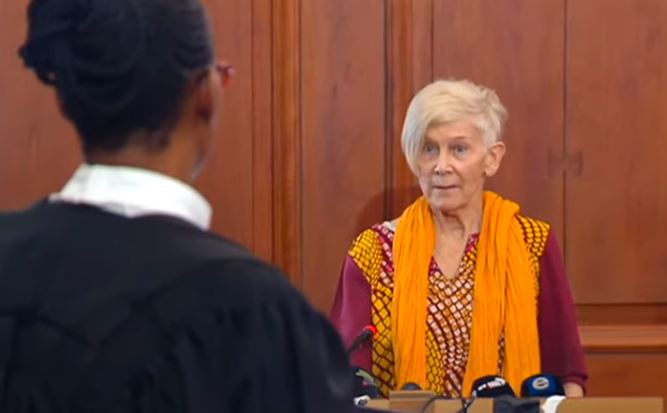 Malema and a foreign taste

The high court in Johannesburg will hear testimony from African literature scholar Prof Elizabeth Gunner in the case between the EFF and multi-cultural AfriForum.

This article focused on Malema’s use of the song, particularly the Dubul’ ibhunu song/chant within the public space and links it to a long tradition of political song. Question is after 1994 it is a democractic regime, why still this songs against white minority?

It sets this within a wider context of the aesthetics of power in the postcolony and within older epistemes of performance, language and power. It also discusses the media as both actor and acted upon in relation to Malema. It links the topic of power, rhetoric and its use to inter-generational politics, and to the struggle of youth and the marginalized poor against an entrenched gerontocratic elite.

A panel discussion comprising student leaders from various universities brought about some interesting arguments that claimed to interrogate this 16 June 1976 legacy.

Students argue that the legacy that is left for them is not that of victory but that of an ongoing struggle that has many loose ends. They interrogate this legacy from the context of the recent protest by students, e.g. #FeesMustFall, #RhodesMustFall, and resistance against Afrikaans at the University of the Free State and the University of Pretoria. The discussion concluded that, according to student leaders’ views, much must still be done to totally resolve this struggle that was carried over from the apartheid regime.

Johannesburg. She is the author of Radio Soundings: South Africa and the Black Modern (2019). Some of her previous books include the co-edited Radio in Africa: Publics, cultures, communities (2011) and Power, Marginality and African Oral Literature (with Graham Furniss) (2008).