A gigantic geological structure in the Sahara Desert of Mauretania, which is seen in this satellite image, is measuring approximately 50 km (32 miles) in diameter.   It is known as the Richat Structure and has been a familiar landmark since the earliest space missions.   It is one of the most unique rock formations on Earth and it is called  the ‘bulls eye’ by space stations.  The structure, which is clearly visible from space, is located between the Tiris Zemmour and Adrar (in the northern-most region of Mauritania) and surrounded by thousands of square miles of nearly featureless desert. RMS Mauretania, one of the most famous ships to be built on Tyneside, was launched amid great fanfare in 1906. The luxury liner was famous for its speed, for many years holding the record for the quickest trans-Atlantic crossing. What is less well known is the vital role it played in World War One

Richat Structure, or the Eye of the Sahara, or the Blue Eye of Africa (Guelb er Richat) is an amazing circular geological formation located in the Mauritanian part of this arid desert, just outside of Ouadane. The lifeless area of this crater resemble lunar landscapes. The diameter of its outer circle is 50 kilometers. From space, Richat Structure looks like a bull’s eye which also served as a landmark for the early astronauts when they flew over Sahara.
http://tripfreakz.com/offthebeatenpath/richat-structure-the-eye-of-sahara

Historical research suggests the Lost City of Atlantis has been under our noses all along….just off the West Coast of Ireland.   A number of maps studied over a one hundred year time frame from 1550 all show an island referred to as ‘Frisland’ in the North Atlantic.

On maps after this period the island appears to vanish, suggesting it was the mythical kingdom of Atlantis. 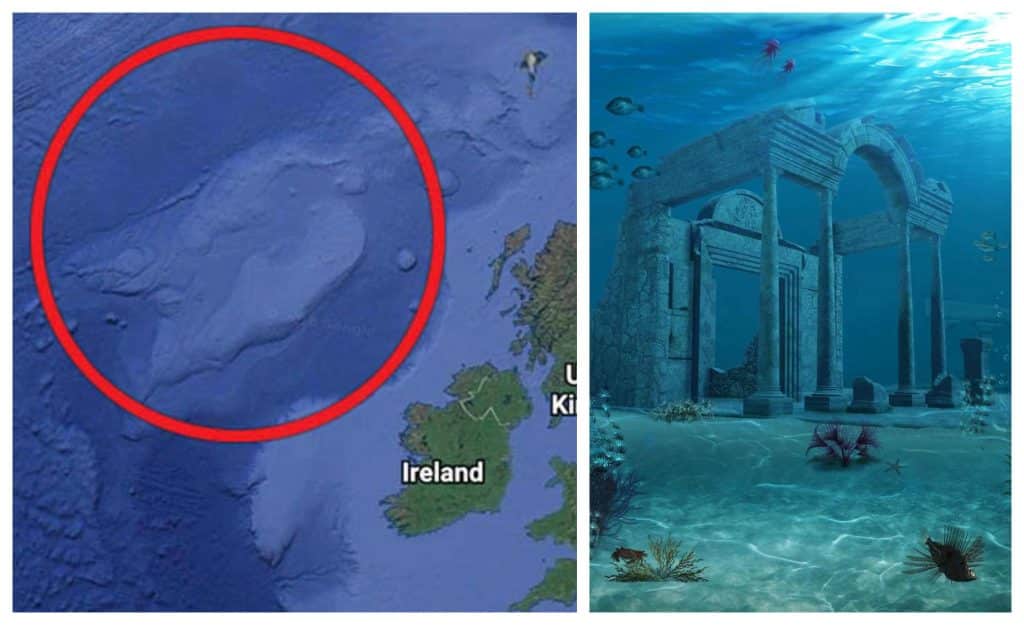 The view from a geologist

Ancient history writer and geologist, Matt Sibson, told the Daily Star Online, “It was shown in so many maps in the 16th and 17th century and then it disappeared – it can’t be a mistake.   “It is located northwest of Ireland and there are a number of smaller islands around it.   “And it can still be seen on modern mapping tools under the sea, close to the Faroe Islands.   “It ticks a lot of boxes in terms of location, the fact that it is sunk and was above sea-level at one time.”

Plato wrote the story of Atlantis around 360 BC. He described it as a Utopia populated with half-god/half-human civilians.    He referred to the Kingdom as existing a further 9,000 years before him, lush with exotic wildlife and precious metals like gold and silver.    But Plato’s story is the only solid evidence to suggest Atlantis was ever real with many historians believing it a mythical land created from the author’s imagination.

Others argue the Lost City is now under water while the exact location continues to be debated.   The Mediterranean is one suggested spot while some claim it lies under the frozen waters of Antarctica.   Speaking to National Geographic, Charles Orser, Curator of History at the New York State Museum in Albany, said, “Pick a spot on the map, and someone has said that Atlantis was there.   “Every place you can imagine.”

In a similar study to Sibson, Swedish researcher, Dr Ulf Erlingsson, made an even more radical claim.  After visiting Ireland to study the megalithic tombs of Newgrange in Co. Meath, he suggested that Ireland itself was, in fact, the Kingdom of Atlantis Plato talked about.   He believed the tombs were directly linked to the ancient temples of Poseidon, God of sea, earthquakes, storms and horses.

While the Hill of Tara in Co. Meath, where the legendary high kings of Ireland reportedly gathered, reflects the capital city of the lost continent.   Speaking from the Emerald Isle in 2004, Erlingsson said, “Atlantis has a central plain fringed by mountains which is exactly what I saw at Newgrange today.

“And Plato said that 10 kings met in the Atlantis capital every five years, which would equate with Tara’s historical connection with the high kings.”

But more recent findings suggest the Lost City is not Ireland itself but located off the West Coast.

The name ‘Atlantis’ supports the claim it lies beneath the Atlantic Ocean while aerial pictures show images of a silhouette resembling a small continent under the water.   The actual existence of ‘Atlantis’ has yet to be scientifically proven and remains a source for debate, wonder and romantic ponder.

And where better to place it for now than off the West Coast of our own beautiful land?

Dr Ulf Erlingsson, whose radical theories have caused a storm of debate, is on a three-day tour here to prove Ireland contains remnants of the mythical land described by Greek philosopher Plato in 370 BC.

Dr Erlingsson, 44, today visited Newgrange and Knowth megalithic passage tombs in Co Meath which he believes are linked to the ancient temples of Poseidon and the Ancestors in Atlantis. He also believes the Atlantis capital can be connected with Tara in Co Meath – the legendary seat of the high kings of Ireland.

Dr Erlingsson also believes that the geography of Atlantis matches Ireland perfectly as it is 300 miles long, 200 miles wide, and broadest over the middle. The geologist’s theories are contained in his book Atlantis from a Geographer’s Perspective: Mapping the Fairy Land, to be published next month.

Did this Dragon Sink Atlantis as Written

It appears ancient mining of PLIABLE rock was the source of flawless Megalithic constructions. As you see in the pic “They were here with the gear”.

Satellite images of the Eye of the Sahara from woahdude 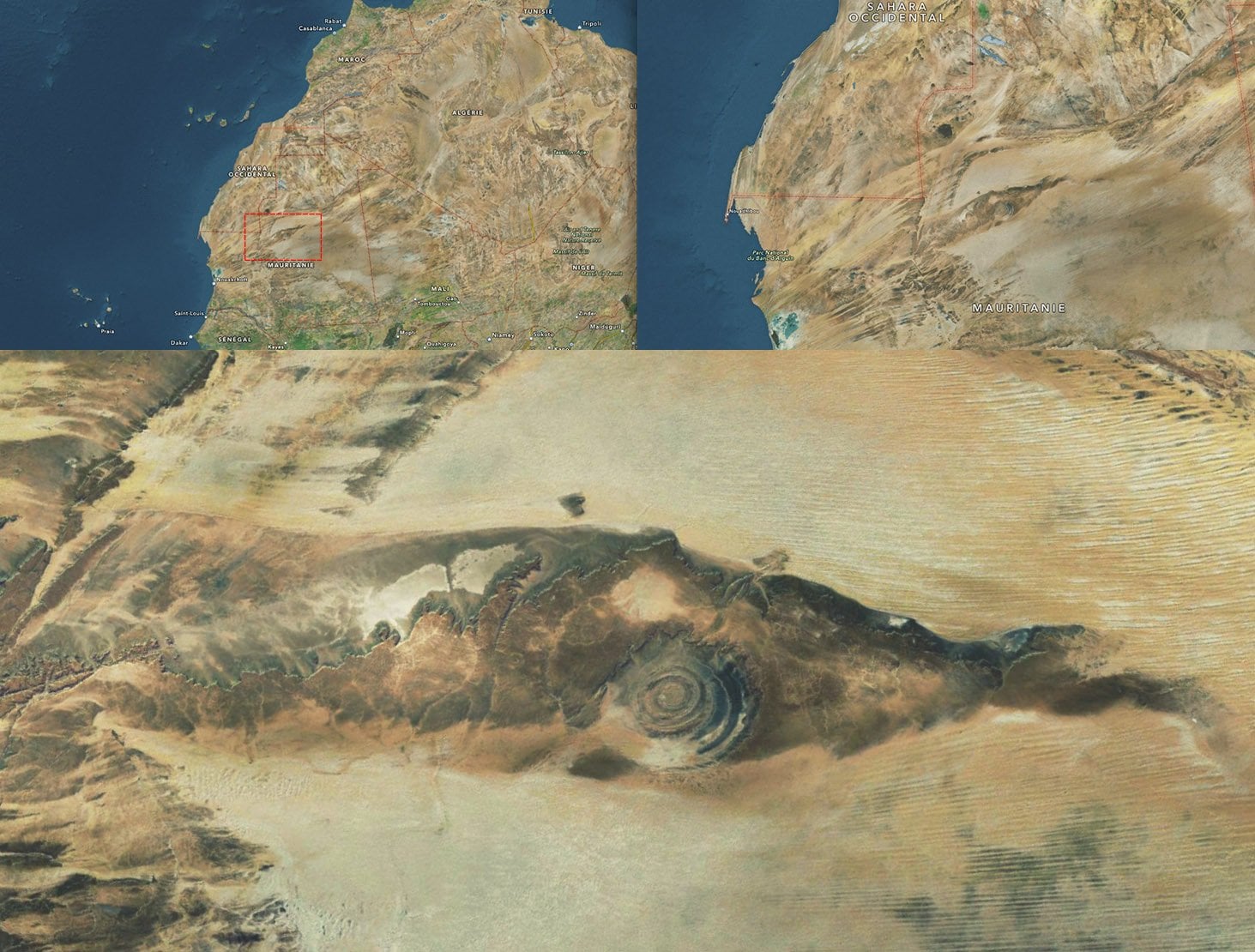 I visited the Richat Structure in Mauritania to investigate the claim that it is the lost city of Atlantis. I found only evidence that supports the argument.

1. Smooth, even plane for hundreds of kilometers to the south of the Richat Structure.

2. Many beautiful and large mountains in the area immediately surrounding the Richat.

5. Exact construction techniques described by Plato still in use today both inside and at the entrance to the Richat in Ouadane.

6. Tops of rings are perfectly leveled and ideal for construction.

7. Freshwater fossils carbon dated to the time of Atlantis’ existence and destruction.

I think a lot more work needs to be done at the Richat, especially be geologists and archaeologists.

There are no ruins or evidence of ancient civilization to be found anywhere that I found, but if the city was built with relatively primitive building techniques like those still used today at the site by local peoples, nothing would have survived a cataclysmic flood.

Could this have been the pivotal moment when humanity suddenly became obsessed with utilizing the largest stones possible in their constructions? I’m going back to the Richat in a few months to do some more work and investigation. If you would like to join send me an email. Huge shout out to Josh from World Alternative Media who helped with the logistics!! I think we have different interpretations of the site so be sure to check out his video as well.

In this video I present proof that the Richat Structure was a lake at the time of Atlantis and that a river flowed from it to the ocean.