It is all about money and …
Questions & Replies: Finance –
Hansard of South African Parliament 2013 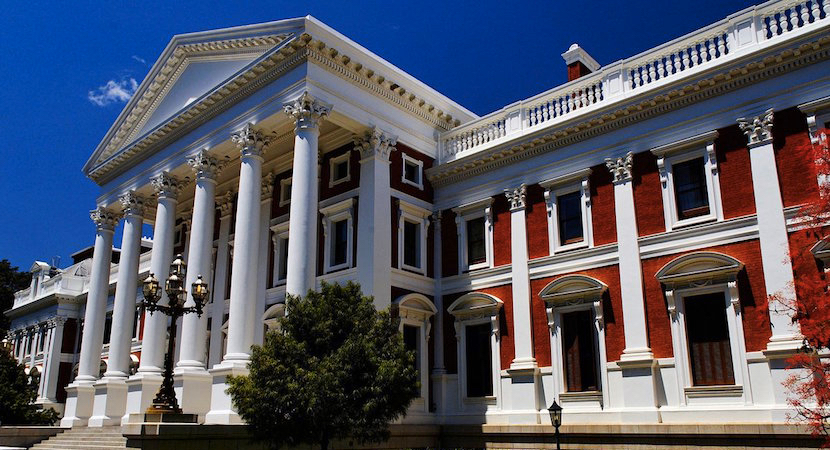 Whether the (a) National Treasury and (b) South African Reserve Bank have completed their investigation of the so-called Gaddafi millions; if so, on what date will the report be released?

The last media statement (see attached) issued by the Ministry of Finance indicated that none of the parties who have made allegations that Libyan funds and assets were brought to South Africa under dubious circumstances have come forward with any evidence to back their claims. This situation has not changed.

I have noted ongoing reports by the media on Libyan assets and funds that might be in South Africa. These reports conflate fact and allegations, but present all of them as facts.

The facts of this matter are as follows:

▪ There are Libyan shareholdings in South African entities that were made on a commercial basis. These include the Michelangelo Towers in Sandton, the Centurion Lake Hotel, the Commodore and Portswood Hotels in Cape Town, and the Kruger Park Lodge in Mpumalanga.
▪ Then there have been allegations of Libyan funds and assets that were brought to South Africa under dubious circumstances. None of the people who have made these allegations have produced evidence regarding the transfer of these assets and funds to South Africa. Those who have evidence should hand it over to the relevant Libyan or United Nations authorities.
▪ In May I was approached by a group claiming to represent the Libyan Government and which presented a list of what it claimed was proof of the transfer of Libyan Government funds and assets to South Africa. This list was vague in providing any details that would enable the relevant institutions to trace the whereabouts of these assets.
▪ Subsequently, I met a Libyan Government delegation led by Mr Usama al Abid, the Minister in the Office of the Libyan Prime Minister. We agreed that should any funds and assets be found, we will inform the Libyan Minister and the relevant UN authorities through the Department of International Relations and Cooperation (DIRCO). The Libyan authorities will determine the future of these assets and funds.

Let me reiterate that South Africa will continue to engage with the legitimate Libyan authorities on this matter and in support of our international obligations. All the relevant institutions that report to the Ministry of Finance will cooperate with other government departments and agencies to trace and verify any funds and assets affected by the relevant United Nations processes and that may have found their way to South Africa.

Issued by: Ministry of Finance

Whether a representative of the late Colonel Muammar Gaddafi’s family contacted the Treasury to assist them in depositing (a) money and (b) other assets in a South African bank; if so, what are the relevant details?
NW1799E

I recently released a media statement to deal with the media reports of the past few weeks in which there has been a blurring of facts and allegations, with the allegations been treated as fact.

In the statement I explained that I had met a delegation purporting to be from the Libyan government in May which claimed to be seeking assistance in identifying assets supposedly in South Africa. Subsequently I have met a Libyan Government delegation led by Mr Usama al Abid, the Minister in the Office of the Libyan Prime Minister. We agreed that should any funds and assets be found, we will inform the Libyan Minister and the relevant UN authorities through the Department of International Relations and Cooperation (DIRCO). The Libyan authorities and the UN will determine the future of these assets and funds.

Parliament of the Republic of South Africa

Mr L Ramatlakane (Cope) to ask the President of the Republic: (1) Whether his office has had any (a) contact or (b) meeting with a representative of the Libyan government regarding substantive sums of money allegedly deposited on behalf of the late Col M Gadaffi and held by banking institutions in South Africa; if so, when, in each case; (2) whether the representative of the Libyan government informed his office of these deposits and the banking institutions that are holding them with a view to transferring the monies back to Libya; if so, what are the relevant details; (3) whether he will make a statement on the matter? 19 June 2013 National Assembly Questions for Oral Reply: President Jacob Zuma

Gaddafi’s millions, allegations against Magashule: Makhosini Mgitwya
International Relations Minister Lindiwe Sisulu says a report that millions of dollars belonging to the late Libyan leader Muammar Gaddafi were hidden at former president Jacob Zuma’s residence in Nkandla is nothing but a rumour. Newspaper headlines the week before put the Former Premier of the Free State and now ANC Secretary General Ace Magashule at the centre of significant corruption in the province. Are all these revelations and allegations coincidental, especially as we move towards elections? To help us look further into this, we are joined by Makhosini Mgitwya, a media consultant and political analyst.

International Relations Minister Lindiwe Sisulu says a report that millions of dollars belonging to Libya’s late dictator, Muammar Gadaffi, were hidden at former president Jacob Zuma’s Nkandla residence is a rumour. The Sunday Times is reporting that President Cyril Ramaphosa was approached by the Libyans in a quest to recover money valued at 30-million-US dollars. It alleges that the money was secretly moved to eSwatini earlier this year.