AND also said by Helen Zille – and NO TO ZILLE – the best land was not RESERVED for the whites only – it was indeed most of the “old Homelands” today they call that Trustlands – ask the leaders – ask the 8000 traditional leaders it was mentioned in Parliament in 2019 where they stay.  It is the best triballands within the most rainfall districts in the country.    Each people still live on its own, like before 1994.  What are the differences?  It is only communal lands.     This is based on lies that apartheid was so-called “evil” – why is that the traditional leaders have their own systems and why the DA not reading the White papers about the so-called rainbow nation?  Before 1994 they even have elections too. 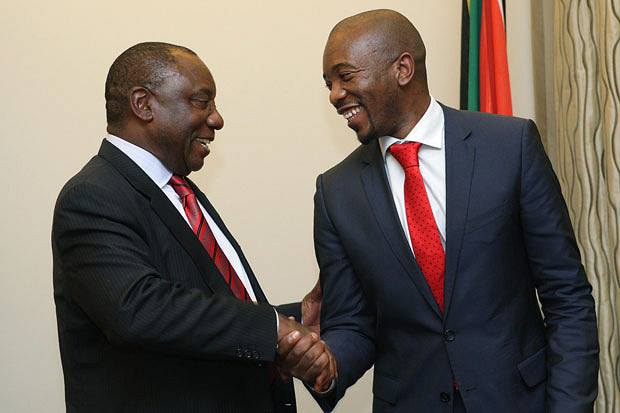 2013 – the DA said they are moving into the next phase of ‘Know Your DA’. In this phase, they are correcting another falsehood peddled by our political opponents: the lie that we want to bring apartheid back.    Opponents said the DA will take away people’s social grants, stopping the redistribution of land and abolishing Black Economic Empowerment.   The leader confirmed it was not the truth

The DA supports social grants, because they are vital to protect the poor from the impact of extreme poverty.    The DA supports land reform – because they want to correct the evils of the apartheid system that reserved the best land for whites only.   The  support broad-based Black Economic Empowerment to build an inclusive economy in which everybody has a fair chance of getting ahead in life.   The discussion document on economic inclusion that support Black Economic Empowerment.

This was in 2013 – what do they supported in the past, the still supported that today

“We want to send out the clear signal that we are completely committed to redressing the legacy of apartheid. We fought apartheid for nearly 50 years, and we are fighting its legacy today,” the DA said on Monday, after launching the second phase of the “Know your DA: The untold story of our fight against the legacy of apartheid” campaign.

“Our frustration is that, up until now, black economic empowerment has focused on the transfer of lucrative shares to a small number of politically connected individuals who have become very rich without starting new enterprises, adding new value or creating new jobs.”

Read the Shepstone Policy of 1854. Black and other ethnic groups created their own segregation during the British colonial period – we as Afrikaner and Boers were not part of the British Empire.

Die gebiede is na 1994 Tuislande genoem waar meeste self-regerend was.
Then they lived in the same areas known to most of us as Homelands and mostly self-government.

Some of the others like Richtersveld for the Khoi san and communities – all of them do have registered CPA’s as well – only for that communities.