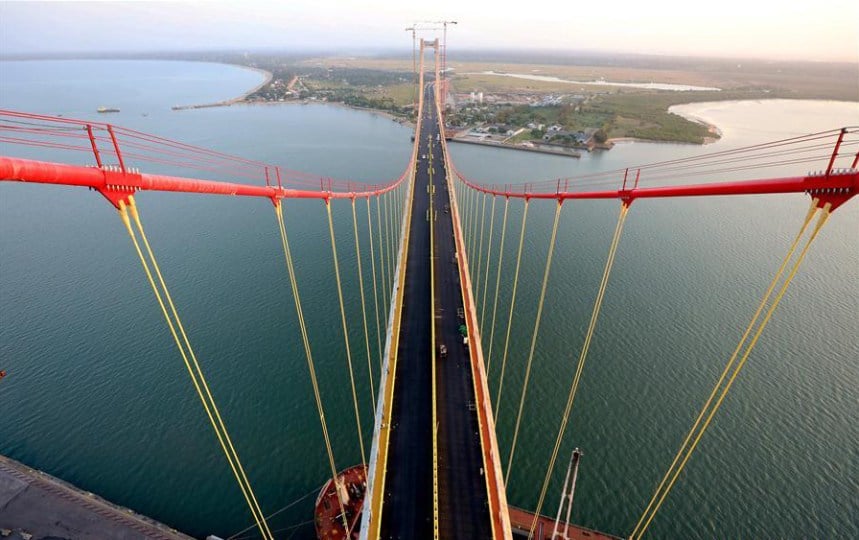 The Maputo-Catembe Bridge straddles the Indian Ocean inlet of the Espirito Santo estuary, hovering 60 metres above the azure waters below.

Over four years, China funnelled $785 million into the construction of the Maputo-Catembe Bridge. Crossing the bridge will cost locals $2.60; an exorbitant amount of money by Mozambican standards.

According to various media reports, financing relating to the Maputo-Catembe Bridge project was granted as a loan agreement to the government of Mozambique. While the conditions of these loan agreements are not public knowledge, economists have expressed concern regarding African countries, including Mozambique, over-indebting themselves to Chinese interests.

China has just offered Africa another $60 billion for emerging economic developments, but is this a slight of hand aimed at funnelling out the continent’s resources, or is it a sincere gesture of assistance?   South African President, Cyril Ramaphosa, has vehemently denied accusations insinuating Chinese neo-colonialism taking root in Africa. Even Chinese President, Xi Jinping, rebuked the notion of ulterior motives, telling African leaders his country’s investments in the continent have “no political strings attached”. 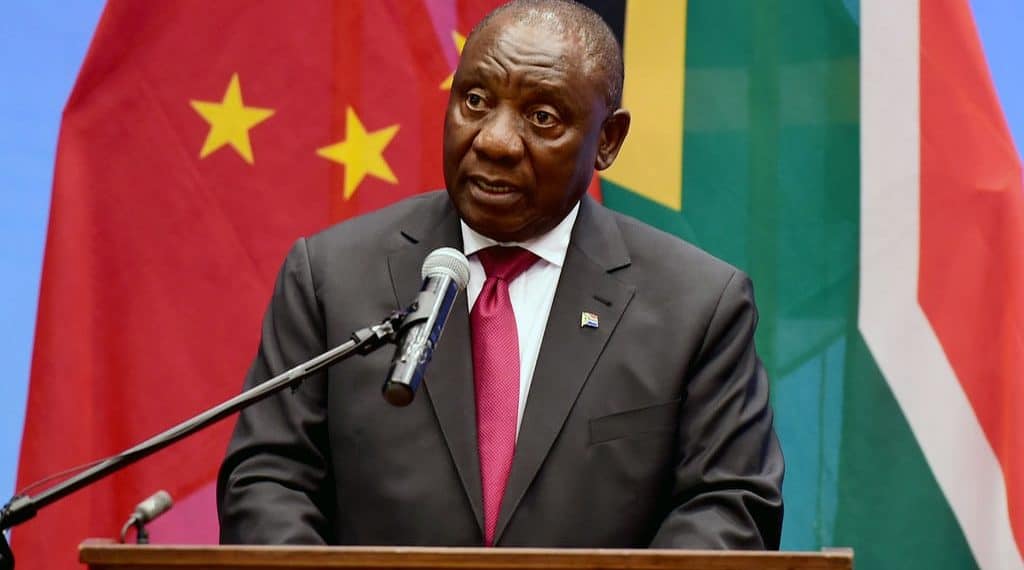 In August, China pledged R196 billion to South Africa, during the 10th annual BRICS summit which was held in Johannesburg. A portion of these funds is set to assist embattled state-owned enterprises, Eskom and Transnet.

While foreign investment in South Africa is surely appreciated, especially considering Ramaphosa’s target of $100 billion, questions regarding the payback have not gone unnoticed.

Leader of the Democratic Alliance, Mmusi Maimane, has requested the president to disclose conditions on the loan agreement before parliament, saying:

“If the President is confident that the agreement is in the best interest of the South African people, he will surely accede to our request.

It is difficult to imagine that the Chinese Development Bank approved a R33 billion loan to Eskom with no strings attached. Eskom is in dire financial straits and made a R2.3 billion loss in the last financial year.”

“Why is China, a country with over 100 million people who are still living below the poverty line, playing at being the flashy big-spender? How can such wanton generosity be allowed?”

The latest loan agreements were tabled at China-Africa summit. Besides the multi-billion dollar investments, Jinping added that some outstanding debts afflicting poorer nations would be scrapped.

But according to economic analysts, China’s neverending loans could lead Africa down a slippery slope of unpayable debt. In the last 18 years, China has pumped more than $124 billion into Africa, while the International Monetary Fund has warned of increasing debt distress in 15 African countries.

Nations unable to pay China back

So, what happens when African nations inevitably default on their repayments to China?

Let’s take a look at the Belt and Road project. Spearheaded by China, the initiative aims at growing ‘connectivity and cooperation’ between other countries. This multinational scheme is aimed at addressing an ‘infrastructure gap’, by investing and loaning huge sums of money to partner countries.

But, it seems China’s new ‘Silk Road’ has run into problems surrounding mounting debt and cries of neo-colonialism.

“We do not want a situation where there is a new version of colonialism happening because poor countries are unable to compete with rich countries.”

Unfortunately, poorer countries are often too eager to get their hands on the money. Take Sri Lanka for example; the nation snapped up a Chinese loan which has now resulted in debt exceeding $13 billion.

Unable to settle its ever-growing debt, thanks to burgeoning inflation rates, the small island nation was, in effect, forced to sell Hambantota port to the Chinese.

The port, which was constructed by the Chinese, with the use of Chinese funds and labour, is now a Chinese-controlled naval base on foreign soil.

But Sri Lanka isn’t the only nation to have surrendered a portion of its sovereignty – China has helped finance at least 35 ports around the world in the past decade, with 14 of those constructed on African shores.

The list of nations burdened under the weight of Chinese loans continues to grow. Pakistan, Djibouti, Maldives, Mongolia, Laos, Montenegro, Tajikistan and Kyrgyzstan are all struggling to repay loans, with the Center for Global Development referring to the situation as ‘unsustainable’.

While many African leaders have rubbished claims of debt-colonialism as nothing more than a scare tactic aimed at harming African-Chinese interactions, Aly-Khan Satchu, an economic analyst based in Kenya’s capital, Nairobi, told Al Jazeera the concerns over “debt-trap diplomacy” were “real”.

Satchu warned that debts were spiralling out of control, saying:

“There are worries that this infrastructure has been inflated in price, and that it is highly unlikely to make a return on investments that is necessary for these countries to get in order to pay back the debt.

The future of China-Africa relations is going to depend entirely on how China manages this debt situation, which is now spiralling out of control.”

“I can’t help but wonder why the money is ‘money pie’ when it is offered by the Western countries but ‘money trap’ when offered by China? Isn’t it a glaring double-standard?

By funding infrastructure and other areas that lag behind for a shortage of money, we have helped the relevant countries break bottlenecks, enhance their capacity for independent development, realize social and economic sustainable development, and improve people’s livelihoods.

Mozambique’s president Filipe Nyusi opened a Chinese-built bridge in the capital Maputo on Saturday that cost $785 million, saying it would help link northern and southern Africa.   The twin-tower suspension bridge stands 141 metres above Maputo Bay, is 680 metres-long and joins the city centre to the outlying district of Katembe.  “Today is a unique day of our history, the achievement of the dream of (forme  president) Samora Machel,” Nyusi said at a rally following the inauguration.   He described China, whose Road and Bridge Corporation began construction in June 2014, as a “brother and friend” of Mozambique.  https://www.news24.com/Africa/News/mozambique-opens-785m-chinese-bridge-20181110
video: