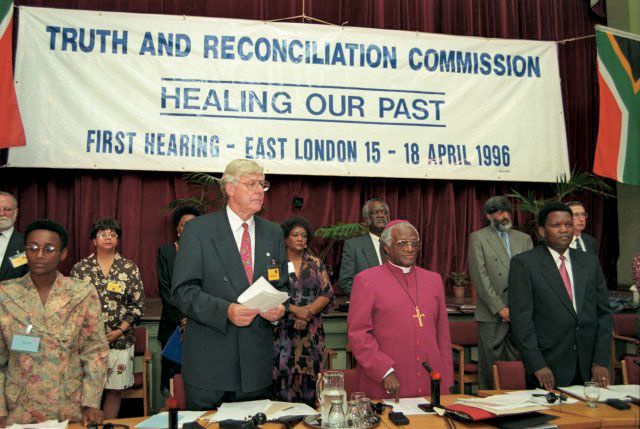 Therefore.   What happened to all those “donations and moneys” after 1994 if it was not paid out to anybody?     It was reported in 2017 that a former senior Truth and Reconciliation Commission official has lambasted government for the slow pace in providing reparations to those who had been identified as victims of apartheid.      Nearly two decades after the ad hoc restorative justice body made its recommendations to provide relief for victims‚ the President’s Fund – which was established in order to finance the recommended reparations – had grown to around R1.5-billion while thousands of victims continued to suffer.

The President’s Fund was established in 2003 under President Thabo Mbeki to compensate Apartheid victims. It has accumulated over a billion rands. Nevertheless, many Apartheid victims who were identified by the Truth and Reconciliation Commission (TRC) to receive compensation from this fund, have still received nothing. Some have died waiting. By Mary-Anne Gontsana for GROUNDUP.

The task of the HRV Committee was to investigate human rights abuses that took place between 1960 and 1994, based on statements made to the TRC. The Committee established the identity of the victims, their fate or present whereabouts, and the nature and extent of the harm they have suffered; and whether the violations were the result of deliberate planning by the state or any other organisation, group or individual. Once victims of gross human rights violations are identified, they are referred to the Reparation and Rehabilitation Committee.

“I’m getting close to giving up on whether the government actually appreciates the pain of those victims of apartheid atrocities who need reparations‚” said former TRC commissioner and head of the commission’s investigative unit Dumisa Ntsebeza.

“It’s amazing that a fund that was established at the turn of the century has still not benefited those for whom it was intended.

“I’ve reached a point where I’m completely disappointed in the manner in which the President’s Fund has either been financed or has dealt with whatever funds there are. I haven’t had any indication that the kinds of beneficiaries who should have been recipients of the proceeds of the fund are actually getting anything.”

Once off payments of R30‚000 were made to 17‚408 beneficiaries who have been identified as victims by the TRC. Altogether 21‚676 people applied to the TRC. Nstebeza pointed out that government had not implemented certain reparations according to the commission’s recommendations.

“And we believed it would not have cost the fiscus any more than they would have been able to recover from the implementation of the wealth tax‚ which we also suggested.”

The Justice ministry‚ which is the custodian of the President’s Fund‚ said the fund would benefit only TRC identified victims‚ their dependents or next-of-kin.

Ministry spokesperson Mthunzi Mhaga said the available monies in the President’s Fund had been provisionally allocated towards the implementation of the various forms of reparations on the following basis: