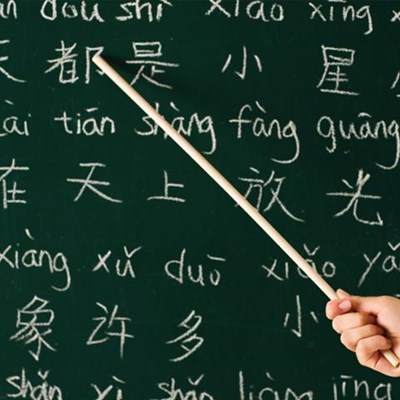 Zulu king Goodwill Zwelithini has challenged three Brics countries to use the multinational platform to benefit ordinary people.    The king was addressing a Zulu-Chinese Cultural Promotion Association event in Johannesburg.   The partnership will see China working with the Royal Household to promote cultural heritage and tourism between China and South Africa.   China and South Africa are Brics members, along with Brazil, Russia and India .    “Previously, we witnessed a situation, whereby these very significant relationships between our governments such as Brics formation bilateral agreements end up being talks and signatories that do not benefit people direct,” he said.

Zwelithini said Brics should extend to “people-to-people” relationships.    “It is a fact that while governments come and go, people remain, thus it is important to invest into a partnership that is beyond a sitting government,” he said.   He said while Brics played an important role in creating political and economical relations among government, “leaders should not lose sight of the importance of involving people”.     Zwelithini said South Africa should strengthen its relationship with China, as the country had already overtaken America’s economy.

He said the visit by Chinese President Xi Jinping in 2015, which resulted in 26 agreements worth R84 billion, should be used to address South Africa’s challenges such as poverty, unemployment and inequality.    He said even before the existence of Brics, the Zulu and Chinese nations had created relationships, and that the two should continue “this solid partnership”. “For my people who are predominantly in KwaZulu-Natal but spread across many other provinces, I need to emphasise that, they need to be involved seriously on matters of trade, whereby we need to identify products and services that can be traded between our two cultures,” the king said.

He said as part of expanding cultural relations, Chinese Mandarin and Zulu languages should be learnt by young people “as it is easy to do business when you speak someone’s language”.    He invited members of the Chinese government to a commemoration of the founder of the Zulu nation, “King Shaka the Great”, in September.    The king said Zulu and Chinese people wanted peace and prosperity.   “They want protection for their families and countries.   “Both Zulus and Chinese people appreciate modernity but most importantly are jealous about their rich cultural heritage,” he said.

Traditional leaders in KwaZulu-Natal would soon speak Mandarin, King Goodwill Zwelithini announced after a meeting with a delegation of Chinese academics from the Fujian Agriculture and Forestry University.    The meeting formed part of the Ingonyama Rural Development Forum’s Brics programme, in which Zwelithini was meeting delegates from participating countries to discuss issues affecting rural communities.

The king said that as a result of his collaboration with the university, the amakhosi would be enrolled at the Confucius Institute of Chinese Studies, to be launched at the Durban University of Technology on Wednesday.    He wanted them to be part of the programme because “the future is east”.     “It is my wish that in the near future we also have similar projects where universities in China can offer isiZulu lessons, as that will ensure that there is more understanding between our two nations,” he said.

The relationship between Zwelithini and the Fujian university goes back to 2005, when they helped establish a mushroom project at Cedara. This project will be further expanded and the king has also appealed to China to open its markets to farmers.   South Africans who had gone to China to learn about mushroom planting had also been taught how to cultivate rice. The king said this would grow well along the coast.    Professor Lin Zhanxi, of the Fujian university, said the mushroom research centre at Cedara was the biggest in Africa. He said they had already expanded the mushroom farming to seven Ingonyama Trust sites in KZN and wanted to use their technology to benefit people around the world.

“China and South Africa are strategic partners. This is not for commercial purposes – it’s for skills development and empowerment,” he said.    The king launched the Ingonyama Rural Development Forum in 2012 to bring together traditional leaders, experts, research institutions, businesses and policymakers to discuss rural development.

*
China is developing close ties with South Africa worth billions of dollars in investments as part of Xi Jinping’s Belt and Road Initiative and a global push for the Chinese telecom company Huawei to dominate 5G in Africa. And guess what?! There’s a dark side to it…

Narysec (soldiers) and other “careers”